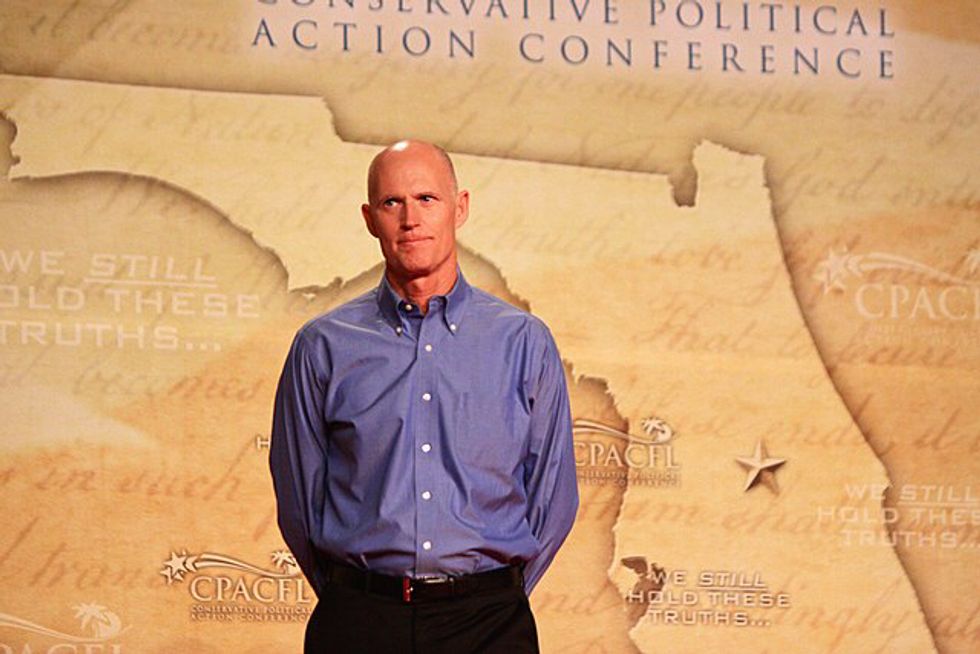 Corsi's lawsuit alleges that "Mueller and his partisan Democrat, leftist, and ethically and legally conflicted prosecutorial staff" leaked information from grand jury proceedings, illegally surveilled Corsi, and attempted to blackmail him into lying as part of a "legal coup d'etat" against Trump:

"Defendant Mueller and his prosecutorial staff have demanded that Plaintiff Corsi falsely testify that he acted as a liaison between Roger Stone and WikiLeaks leader Julian Assange concerning the public release of emails downloaded from the DNC's servers," the complaint says.

Corsi is demanding $100 million in actual damages and $250 million in punitive damages for injury to his reputation.

The suit, filed in U.S. District Court in Washington, is just the latest maneuver in a public campaign against Mueller by Corsi and his attorneys. Last month, they gave reporters copies of draft court documents showing that Mueller wanted Corsi to plead guilty to a false statements charge.

The lawsuit is ridiculous on the face of it. Quite apart from offering no evidence for Corsi's claims against Mueller, the lawsuit contradicts Corsi's own statements about his involvement in the investigation, gets Election Day wrong, and accuses Mueller of violating Section 702 of the "Foreign Sovereignties Immunity Act," which does not exist.

This move is the latest in a series of stunts that appear suited more to garner sympathy with Trump's base than with federal judges.

Corsi's lead attorney Larry Klayman, a far-right legal activist who tried to make a citizen's arrest of President Barack Obama and claimed Democrats paid off the Florida pipe bomber, seems to be giving Corsi terrible legal advice. Last week, on Corsi's request, Klayman filed a "criminal complaint" against Mueller for false statements, extortion, and violations of the Racketeer Influenced and Corrupt Organizations (RICO) Act. At no point does Klayman seem to have informed his client that private citizens can't file criminal complaints with the federal government — only U.S. attorneys can do that.

Corsi made a personal decision to refuse the plea bargain Mueller reportedly offered him. Now, given the way things are going with his legal defense, his prediction on MSNBC that he "might die in jail" is looking entirely plausible.