'It's a crime': Fox News' Judge Napolitano horrifies the Fox & Friends hosts as he explains the damning case against Trump 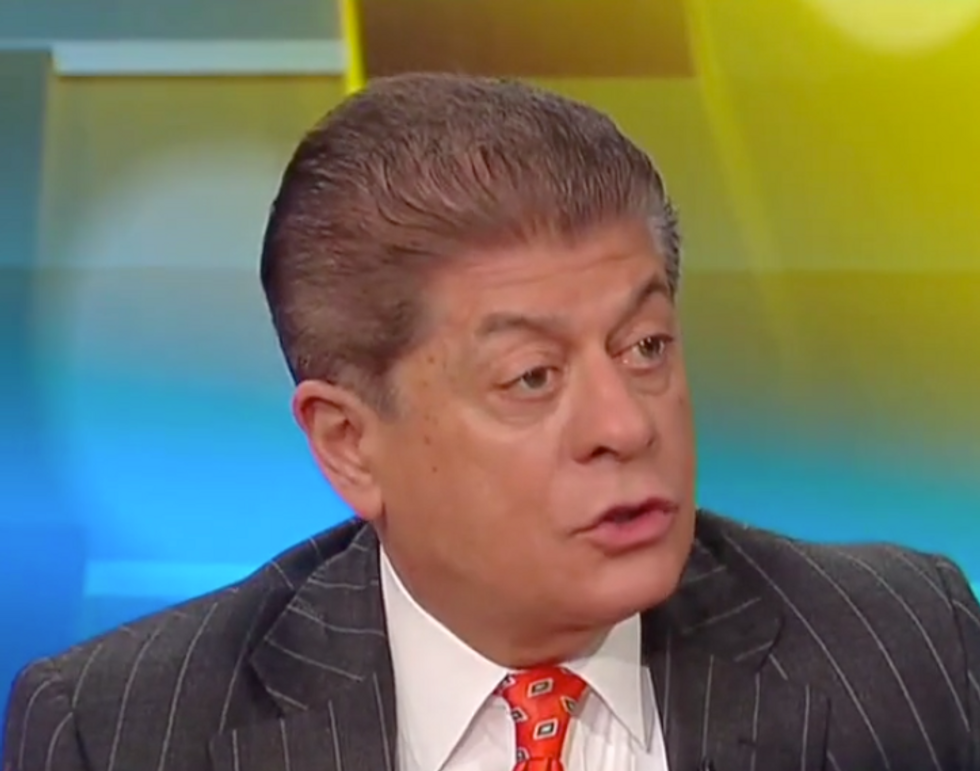 The case that President Donald Trump was involved in a serious criminal violation of campaign finance laws is so strong that even Fox News' legal analyst Judge Andrew Napolitano believes he faces real legal peril.

And on Thursday morning, he tried to explain why the evidence against Trump is so damning, which the co-hosts on "Fox & Friends" had an apparently hard time believing. The case in question involves crimes to which Trump's former fixer Michael Cohen has pleaded guilty: the hush money payments during the 2016 campaign on the president's behalf to two women who said they had affairs with Trump.

“Donald Trump has said that that was not a campaign violation because it wasn’t involving the campaign," said host Steve Doocy. "It was a damage control payment."

But Napolitano pointed out that both Cohen and American Media, Inc., which helped facilitate one of the payments, claim the payments were primarily because of the campaign — and the judge in the case agreed.

"So, if you make an honest mistake in failing to report something, or if you take $100,000 and you’re only supposed to take $2,500, you can correct that by returning the money, paying a fine and correcting the report," Napolitano said. "If you do this as part of a scheme to hide it, then it’s not a civil wrong, then it’s a crime. That’s what the judge found yesterday.”

He also noted that, despite the claims of those citing the failed case against former Democratic vice presidential candidate John Edwards, this precedent actually undermines Trump.

“The John Edwards case actually hurts the president, because John Edwards’ lawyers made a motion to dismiss the indictment saying it’s not a crime, and the judge published an opinion saying why it’s a crime,” he explained. "Now, the jury didn’t believe the government and believed John Edwards.”

He continued: “The fact of the matter is, any scheme to defraud the government by failing to report what must be reported is a crime, unless it’s an honest mistake, in which case it’s not a scheme.”