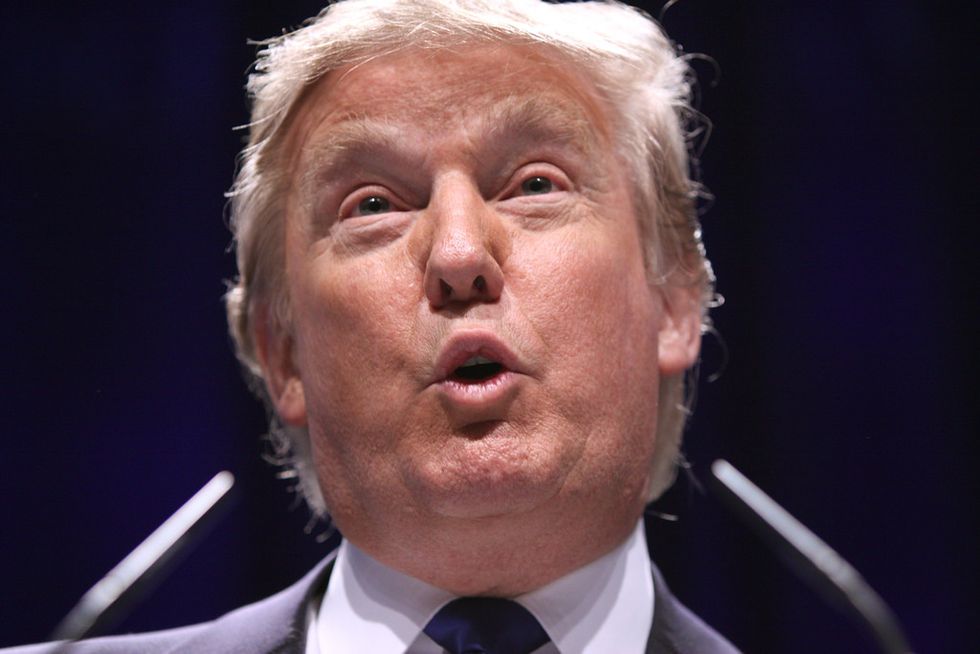 On Christmas Eve, with the government in the throes of a federal shutdown putting tens of thousands of workers in limbo, President Donald Trump boasted that he is already beginning work on the border wall:

Leaving aside the fact that Trump, not Democrats, shut down the government (and boasted that he would take credit for it), the president is obviously lying. Congress would need to appropriate funds to hire a contractor to work on the construction of a wall, and the Republican-controlled Senate is not doing any such thing.

The president cannot give a contract to anyone to do anything, which means Trump is sitting alone in the Oval Offic… https://t.co/Zw6MKD1WpK
— Reza Aslan (@Reza Aslan)1545691463.0

And some other people mocked Trump's broken English reference to a "115 mile long contract":