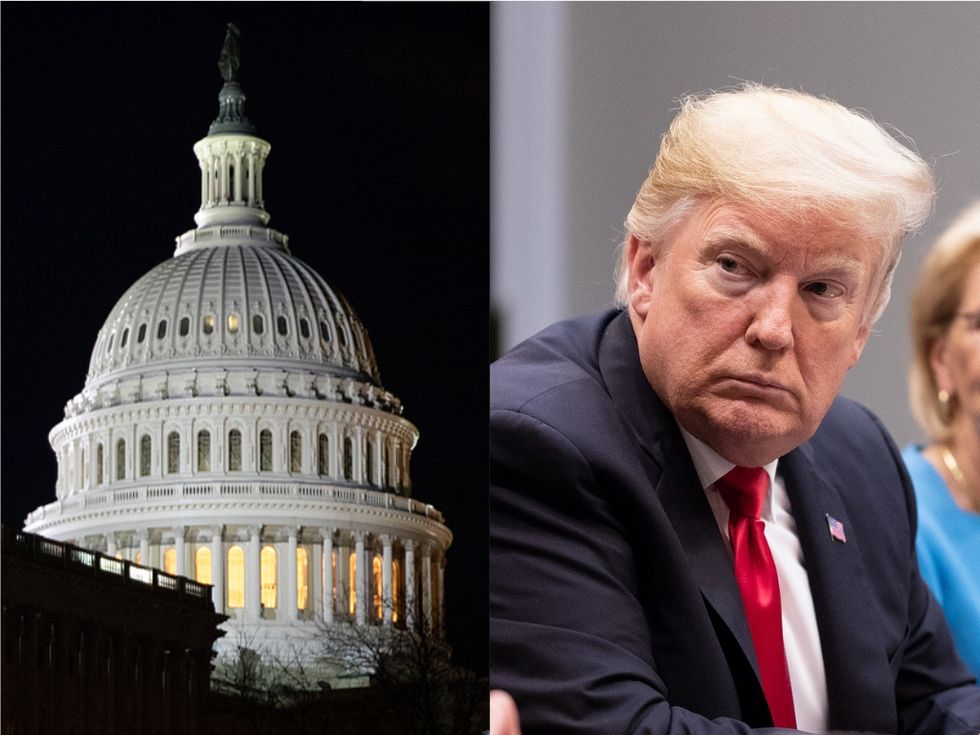 In the fantasy world that is Fox News and AM talk radio, partial government shutdowns brought about by Republicans are often portrayed in a positive light. To far-right ideologues, shutdowns demonstrate that Republicans are so principled that they’re even willing to temporarily close down parts of the federal government if they think it’s necessary. And President Donald Trump has been receiving that message loud and clear, declaring that he will keep the government partially shut down unless Congress agrees to set aside $5 billion for a U.S.-Mexico border wall stretching all the way from the Pacific to the gulf.

But putting aside the most far-right extremists, previous government shutdowns have been wildly unpopular — and Republicans damage their own reputations with the brinkmanship.

Former House Speaker Newt Gingrich has long been a champion of shutdowns. When the late President George H.W. Bush included a tax hike in a deficit-reduction package in 1990, Gingrich — who was House minority whip at the time — threw a temper tantrum that led to a partial government shutdown. Around 8,700 government workers were furloughed, Smithsonian museums were closed, and the net cost was $1.67 million.

Democrats were the majority in the House in 1990, but Gingrich became even more obnoxious after Republicans achieved a House majority in the 1994 midterms and he became House speaker. Gingrich was consistently hostile to President Bill Clinton, and the House speaker’s budgetary battles with Clinton led to shutdowns in November 1995 and December 1995/January 1996. The November 1995 shutdown was the most severe: roughly 800,000 federal workers were furloughed.

In 2013, after President Barack Obama had started his second term, Republicans in the House and Senate were furious over the implementation of the Affordable Care Act of 2010, a.k.a. Obamacare, and expressed their anger by bringing about a government shutdown that lasted 16 days. Roughly 800,000 federal workers were furloughed, and 1.3 million others had to report to work without knowing exactly when they would be paid. During the shutdown, the Washington Post estimated that about $200 million in economic activity would be lost each day the shutdown continued. And Sen. Ted Cruz, one of the shutdown’s most obnoxious proponents, was widely criticized — not unlike Gingrich in 1995, when the New York Daily News ran a front-page cartoon that depicted him as a diaper-clad baby clutching his bottle near the headline “Cry Baby.”

Cruz’ temper tantrums during the 2013 budgetary battle made him unpopular even among fellow Republicans. When the Texas senator was reelected in the 2018 midterms, he defeated Democratic challenger Beto O’Rourke by a mere 3% — which is hardly a landslide, especially in a state as GOP-friendly as Texas.

Not all government shutdowns have been instigated by Republicans. Back in 1978 — when Jimmy Carter was president — the fact that Democrats controlled the presidency, the House, and the Senate didn’t prevent an 18-day shutdown from coming about. Carter and his fellow Democrats had a hard time finding a budget they could agree on, and the party suffered for it. There were many factors that went into Carter’s loss to Republican Ronald Reagan in the 1980 presidential election, but the 1978 shutdown certainly didn’t help Democrats.

In recent decades, GOP has been the party aggressively pushing for government shutdowns. And shutdowns are not only wildly unpopular among non-ideologues  — they are also economically damaging. When government workers are on furlough or aren’t sure when their next paycheck will be, they are less likely to spend money. Important government functions are suspended or delayed.

The current Trump-fueled shutdown is being cheered on by Rush Limbaugh, Fox News’ Laura Ingraham and others in the far-right media who are encouraging Trump not to give an inch on funding for a border wall. The shutdown might continue well into January 2019, when the new Democratic House will be seated and Trump will have a lot less bargaining power in with Congress. And if the shutdowns of 1995 and 2013 are any indication, the 2018/2019 shutdown could make Trump’s low approval ratings go from bad to worse.