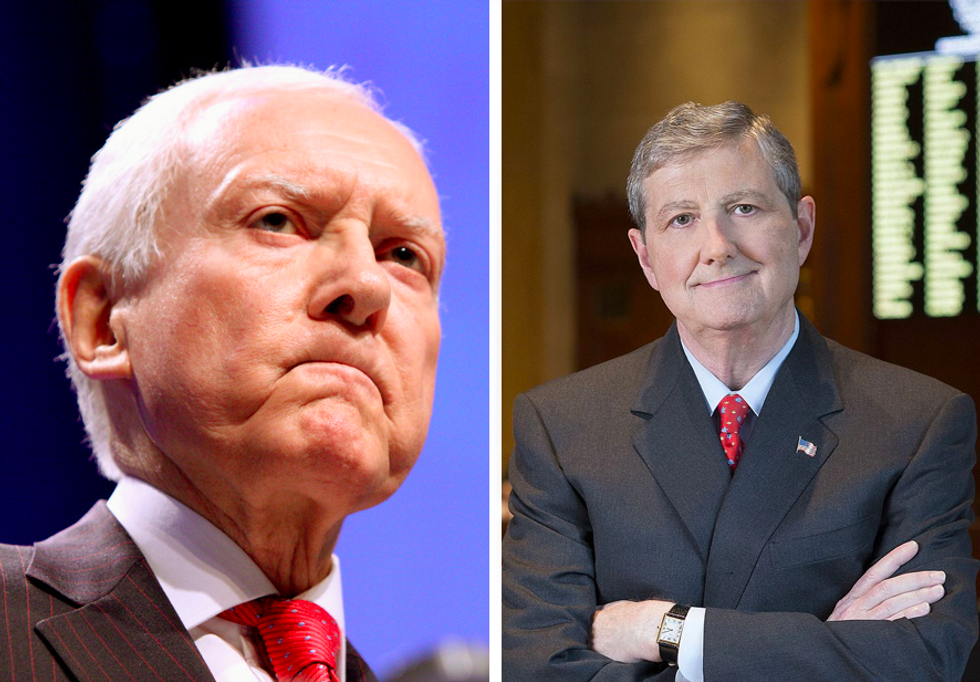 During a December 11 appearance on MSNBC’s “Morning Joe,” Never Trump Republican Steve Schmidt stressed to co-host Mika Brzezinski that as the GOP’s power shrinks in early 2019—when Democrats will have a 40-seat majority in the House of Representatives—Republican devotion to President Donald Trump will only intensify. And sure enough, many prominent Republicans have been unwavering in their devotion to Trump. Some Senate Republicans are parting company with the Trump Administration over U.S. relations with Saudi Crown Prince Mohammed bin Salman and the death of journalist Jamal Khashoggi, but on the whole, the GOP remains adamantly pro-Trump—especially when it comes to Special Counsel Robert Mueller’s Russiagate investigation.

In most GOP circles, the party line continues to be that Mueller is simply grasping at straws and wasting taxpayers’ dollars. And some prominent Republicans have been jumping through hoops to express their devotion to the president—even after the recent sentencing memos on Trump associates Michael Cohen and Paul Manafort.

Here are four prominent Republicans who are doubling down on their devotion to Trump as Mueller’s probe heats up.

Three sentencing memos on Trump associates were released by federal prosecutors on Friday, December 7: one on Paul Manafort (Trump’s former campaign manager) from Mueller’s office, one on Michael Cohen (Trump’s former personal attorney) from Mueller’s office, and one on Cohen from the U.S. Attorney’s Office for the Southern District of New York. Cohen has pled guilty to campaign finance violations, and Trump is referred to as “Individual 1” in the Southern District of New York memo. But when CNN’s Manu Raju asked Sen. Orrin Hatch about Cohen, the Utah Republican’s response was, “The Democrats will do anything to hurt this president.” And when Raju mentioned that the accusers included Justice Department prosecutors for the Southern District of New York, Hatch responded, “OK, but I don’t care. All I can say is he’s doing a good job as president.”

Sen. Chuck Grassley, head of the Senate Judiciary Committee, has tried to disparage Mueller’s probe as well as the investigation of Southern District of New York prosecutors on the grounds that Cohen is untrustworthy. On December 11, CNN quoted Grassley as saying, “As long as Cohen’s a liar, I shouldn’t give much credibility to what he says.”

Mueller’s sentencing memo described Cohen as a cooperative witness, while the Southern District of New York memo recommended “substantial” prison time for Trump’s former personal attorney. And after the memos were released on December 7, Sen. John Kennedy of Louisiana dismissed the idea that either memo was problematic for Trump—asserting that Cohen isn’t credible. Kennedy, speaking to reporters, said of Cohen, “Jesus loves him, but everybody else thinks he’s an idiot. He’s obviously a sleazeoid grifter. And if I were a prosecutor, I wouldn’t base a prosecution on evidence given to me by Mr. Cohen.”

Back in April, Sen. Ron Johnson of Wisconsin asserted that Mueller’s investigation should have ended “months ago”—and he hasn’t become any more favorable to the probe since then. Johnson heads the Homeland Security and Governmental Affairs Committee, and when he was asked about the December 2018 sentencing memos and how he would feel about investigating allegations that Cohen paid hush money to adult film star Stormy Daniels on Trump’s behalf during the 2016 election, Johnson dismissively said, “I’m not sure how we would even get that information.”