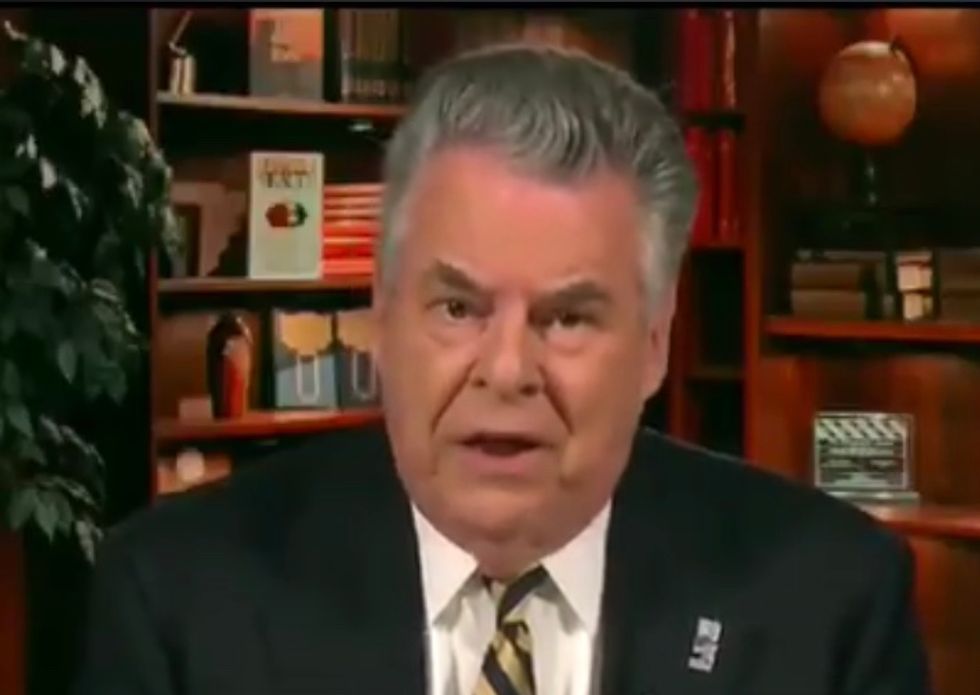 This has been a horrible month for migrant children.

On December 8, 7-year-old Guatemalan migrant girl, Jakelin Caal, died of exhaustion and dehydration at an El Paso hospital hours after she and her father were detained by the Border Patrol. Then, on Christmas Eve, 8-year-old Alonzo Gomez, also a Guatemalan migrant, died suffering from cough and fever at a New Mexico hospital while in custody.

But to hear it from Rep. Peter King (R-NY), it's no big deal because two dead kids aren't a lot.

"I mean, [ICE] had hundreds of thousands of people that they've had custody of over the years, and I think these are the only two children that have died, certainly in recent memory. So considering all of that, certainly what happens in housing projects across the country, I think ICE has an excellent record."

Leaving aside the absurdity of comparing gang violence in housing projects to the treatment of children in custody of federal agents, King is correct that these are the first recorded deaths of children in immigration custody in at least a decade. But that does not tell the whole story, because migrant children have suffered well-documented abuse at the hands of immigration agents for years. The ACLU recently laid out a horrific report showing systemic physical and sexual abuse of migrant children held by Customs and Border Protection. Nor are children the only victims — an autopsy suggests that Roxsana Hernandez, a transgender woman who died in ICE custody in May while seeking asylum from Honduras, was beaten after being detained.

So while the deaths of these two children are certainly rare, and there is no direct evidence of foul play by U.S. agents, these incidents are occurring in a culture of callousness and disregard for the basic rights of migrants. The deaths deserve serious scrutiny — but Republicans like King would rather just brush it aside.