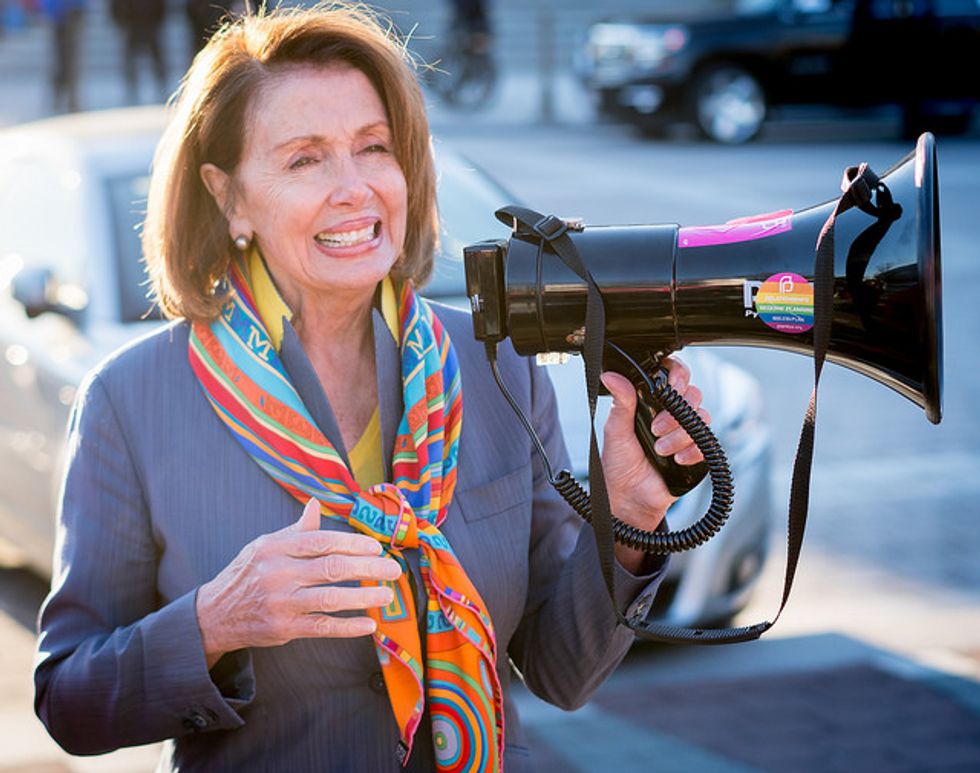 One of the consequences of Democrats winning the House is that they will gain control of the House Committee on Oversight and Government Reform.

But now that Rep. Elijah Cummings (D-MD) is taking the wheel, the Oversight Committee will be taking a different turn, reverting back to its role as a government watchdog. And after two years of tiptoeing around Trump, Democrats plan to investigate as many as 85 issues in the Trump administration.

According to The New York Times, here are four investigations Cummings is likely to launch out of the gate next year:

The past year was marked by a horrific series of headlines about migrant children ripped from their parents under a "zero tolerance" policy the Trump administration hoped would scare off desperate Central American migrants from entering the U.S. The policy did not do that, but it did lead to thousands of terrified children being placed in squalid camps, some of whom will never see their parents again.

Cummings plans to send a joint letter to Health and Human Services Secretary Alex Azar, Homeland Security Secretary Kirstjen Nielsen and acting Attorney General Matthew Whitaker, "demanding the age, gender, country of origin and current location of every child who was separated from his or her parents under the Trump administration's immigration policy."

The biggest issue that dominated the 2016 presidential election was Hillary Clinton's private email server, which she used to conduct business as Secretary of State in part because regular government IT procedures were too unwieldy and bureaucratic, and her own technical knowledge too lacking, for her to do her job properly on State Department equipment. Seizing on an FBI investigation, Republicans rewrote what was at most an error in judgment into a massive scandal in which Clinton was trying to conceal her business from the public and compromising state secrets in the process — which stuck in the public consciousness just enough to sink her candidacy.

The most insane part of the saga is that as soon as Trump took office, members of his own administration immediately started taking their business onto private email accounts — at least six major White House advisers, including Trump's daughter Ivanka and son-in-law Jared Kushner, have done so. As with Clinton, they probably did not commit a crime by doing this. Nonetheless, Cummings wants to grill White House counsel Pat Cipollone for a complete list of all officials who have done what Trump once threatened to lock up his rival over.

It is a recurring theme in the Trump administration. Health and Human Service Secretary Tom Price resigned after he was caught spending over $1 million of taxpayer money on military and charter flights. EPA administrator Scott Pruitt left due in part to charging the government for first-class airfare, and Interior Secretary Ryan Zinke is stepping down following reports he improperly took personal trips on military flights and helicopters, and engaged in campaign activity during government travel. Treasury Secretary Steve Mnuchin also allegedly spent $1 million on military flights.

Cummings reportedly intends to send a letter to the White House chief of staff and other agency heads "requesting information and documents about the use of government-owned aircraft for personal travel and private aircraft for official travel."

One issue that has been simmering in the background from day one of the Trump presidency is the Emoluments Clause. The U.S. Constitution bars presidents from accepting any sort of gift from foreign states, but critics argue Trump has an indirect way of getting around that through his family real estate business, which he refused to divest from. Particularly of concern is the Trump International Hotel in Washington, D.C., where foreign dignitaries have gathered on visits to the U.S. and paid well above market value for rooms.

A lawsuit alleging Trump is unconstitutionally accepting emoluments is already winding its way through the federal courts. But as of next year, the Oversight Committee is getting involved as well — Cummings will reportedly instruct the Trump Organization to give "a complete accounting of all the payments it has received from foreign governments or foreign-government-owned entities since Donald Trump's election."

Between all of these new investigations, it is apparent that things are going to look very different under the new Democratic House majority. And Trump and his friends should prepare for the full force of congressional oversight.