Donald Trump Jr. shared this ridiculous Christmas meme about his father - and the takedowns are glorious 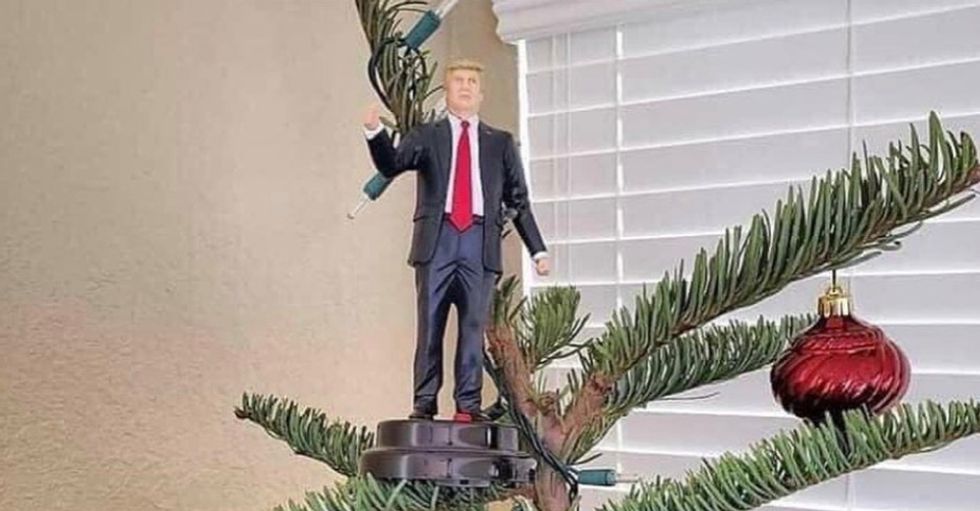 Donald Trump Jr.'s hatred of the left – over the weekend he said "liberalism is a disease" – is outweighed only by the reverence he publicly bestows on his father, President Trump.

The eldest Trump son's latest Instagram post is a holiday themed meme showing a Christmas tree with a miniature Donald Trump decoration. The caption reads: "Couldn't decide between an angel or a star, so I picked both."

In it he also made clear he's trying to "own the libs," as conservatives like to say. He hashtagged it with the word "#triggered."

In just one day it has received nearly 80,000 "likes" – but also a plethora of takedowns that are far more worthy than the meme itself.

"When you really want Daddy to give you a pardon."

"You're going to prison, Junior."

"trump is the bully-in-chief"

"Your obsession with your daddy is creepy AF!"

"Clocks ticking DJTJ!! Prison time is about to start"

"THIS is the only war on Christmas I've seen. #desperate."

"Couldn't decide between collusion and conspiracy. So Mueller picked both."