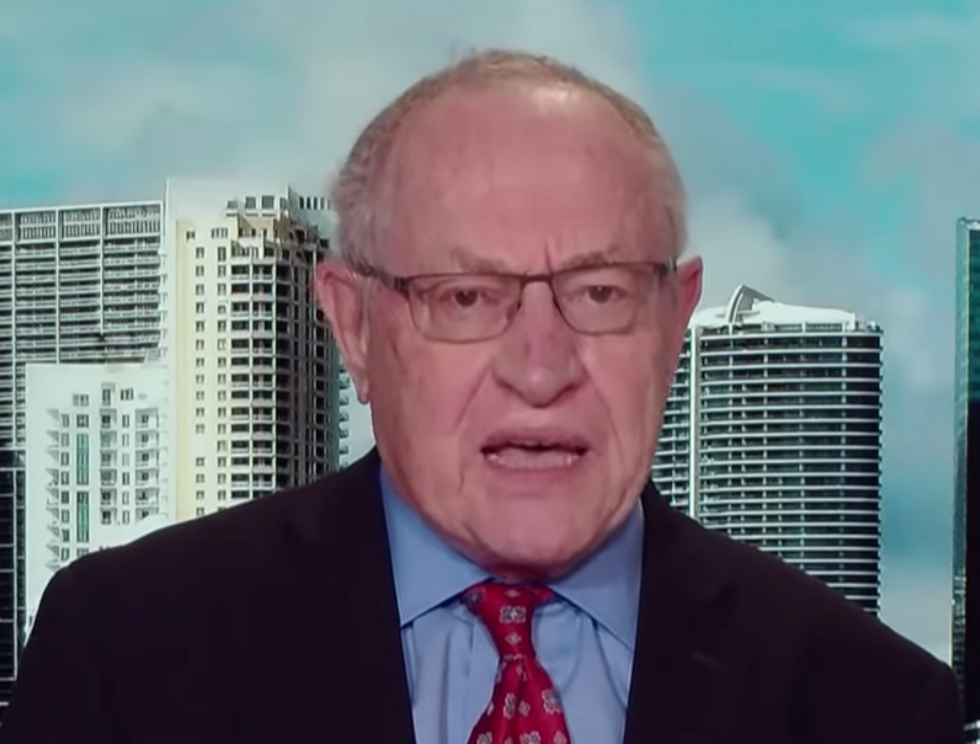 Harvard law scholar Alan Dershowitz has embraced his role as an unabashed defender of President Donald Trump while the White House's legal problems escalate. But he hasn't simply been casting the facts about the president's dire legal straits in the most favorable light possible — as many legal experts have argued, he is engaging in consistent and repeated factual distortions to protect and provide cover for Trump.

His latest entry into the field of mendacious pro-Trump punditry is his bizarre claim that, despite former National Security Adviser Michael Flynn's guilty plea admitting that he criminally lied to the FBI about his contacts with Russia during the transition period, no actual crime was committed.

“I hope the judge understands when he has the case tomorrow that Flynn did not commit a crime by lying,” Dershowitz said Monday on Fox News. “Because the lie has to be material to the investigation. And if the FBI already knew the answer to the question and only asked him the question in order to give him an opportunity to lie, his answer — even if false — was not material to the investigation."

On Twitter, he made similar claims: "Lying to the FBI is only a crime if the lie was 'material'. If the FBI already knew the answer to the question— if they have tapes— and ask it only to elicit a lie, should that lie be deemed material?"

But other legal experts quickly pointed out that Dershowitz was distorting the facts and misleading the public.

He point was that Dershowitz's is arguing a point as if it weren't already settled law. Dershowitz appears to believe that lying to the FBI about facts the FBI already knows should not be prosecutable. White even acknowledged that he agreed with this opinion, but pointed out that the courts have consistently ruled against this view. By presenting his opinion as if it were the law, White argued, Dershowitz was lying.

"Like many of Dershowitz's recent statements, this appears to be a deliberate effort to mislead the public," noted Renato Mariotti, a former federal prosecutor. "Dershowitz often misleads the public through sleight of hand like this. His deceptive phrases are so carefully worded that I'm convinced he is deliberately deceiving people."

'Dershowitz fails to mention that federal courts have repeatedly determined that questions like the one posed to Michael Flynn *are* material," Mariotti continued. "By omitting that context, Dershowitz makes it seem like this is a legal issue for the Flynn prosecution. It isn't."

Many of the president's defenders have leaped to criticize the prosecution of Flynn by arguing, as Flynn's lawyers have, that the FBI somehow acted duplicitously or inappropriately in its handling of the case. These defenses, highly dubious at first blush, looked even more pitiful when the Department of Justice revealed Monday that it is indicting Flynn's former business associates for illegally acting as agents for the government of Turkey. Now, legal experts like Mariotti argue that it looks like Flynn received an overly generous sentence from prosecutors.