'All he has is failures': New report reveals why Trump's most hated aide is suddenly in the spotlight 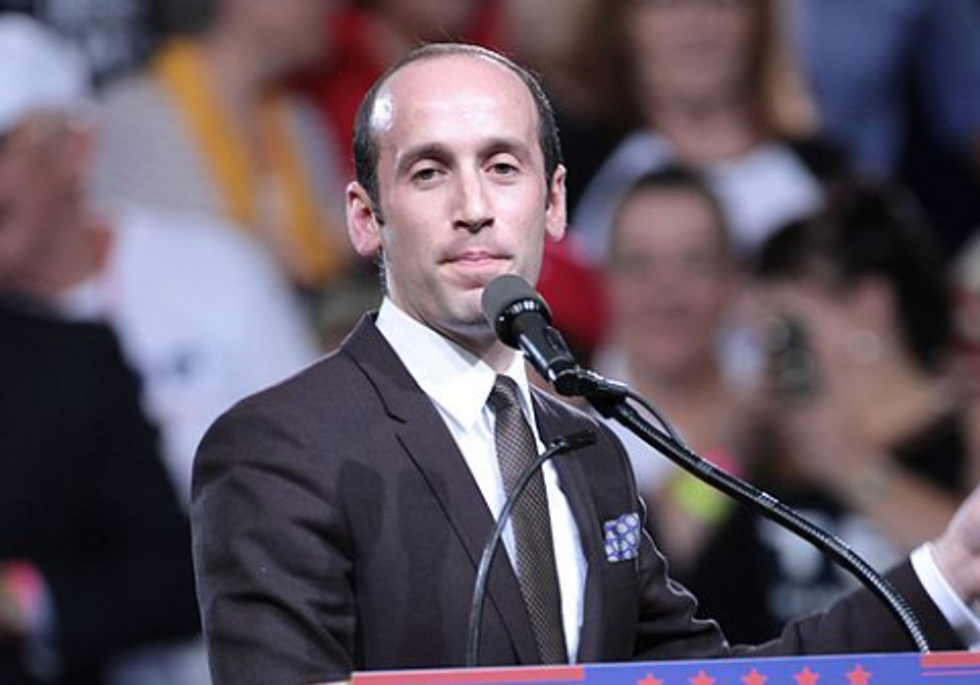 He's one of the few White House figures who can inspire even more revulsion than his boss, but in recent days, he's been put out on the front lines.

So why is Stephen Miller suddenly taking center stage?

Miller, a virulently anti-immigrant adviser who found his way under President Donald Trump's wing through his work with Jeff Sessions, has been behind some of the White House's cruelest and most inept policies. The infamous Muslim travel ban, which had to go through not one but two complete revisions before it barely passed constitutional muster, was reportedly designed by Miller. He also played a pivotal role, reportedly, in pushing for the immigrant family separation policy, which needlessly traumatized thousands of children in an attempt to deter asylum seekers and led to a massive backlash against the administration. And during the first government shutdown fight over immigration policy at the beginning of 2018, Miller's efforts to push Trump toward a hardline view were cited as a key reason the negotiations kept falling through.

In the latest round of fights, Miller been one of the White House's most public spokespeople. He pointlessly yelled at CNN's Wolf Blitzer in a ridiculously and unnecessarily combative interview. And in an appearance on Face the Nation, he drew attention not only for his petulance and his scowl but also for his patently absurd attempt to hide his baldness. (Being bald is nothing to be ashamed of.)

According to Yahoo News, the reason Miller has been chosen to represent the administration's position on the shutdown and immigration debate is that no one else wants to do it. Despite his obvious flaws as a communicator, and his absolute inability to either show or elicit sympathy, when it comes to defending Trump's outlandish immigration policy stances, Miller is all they've got.

“Miller is so awful on TV, it’s counterproductive to put him on,” one former official told Yahoo News.

But part of why he's so awful is because his views are so awful. This shouldn't be too surprising, given that they appear to be influenced by his early desire to bully Latino kids and other minorities growing up.

“Nobody wants to defend Stephen’s positions, so they stick his ass out there,” a former member of Trump's transition team told Yahoo News. “Stephen’s in the background telling everyone, ‘max pressure, max pressure,’ and saying those things are feasible. Everyone who’s actually worked in policy is like, that can’t work, go defend it yourself.”

Trump should realize by now that Miller's views are both vile and a political loser. In the 2018 midterms, the president doubled down on the demonization of immigrants and stoking fear about the border — only to be dealt a devasting electoral defeat. But the only political move Trump knows is showing his callousness and pandering to the worst parts of his base.

"[Miller is] certainly not judged on his policy successes;  all he has is failures," the former transition team member said. "He shows deference and he makes these outrageous policy suggestions.”