The worst of Cindy Hyde-Smith: Here are 4 reasons why the GOP senator is a total embarrassment to Mississippi 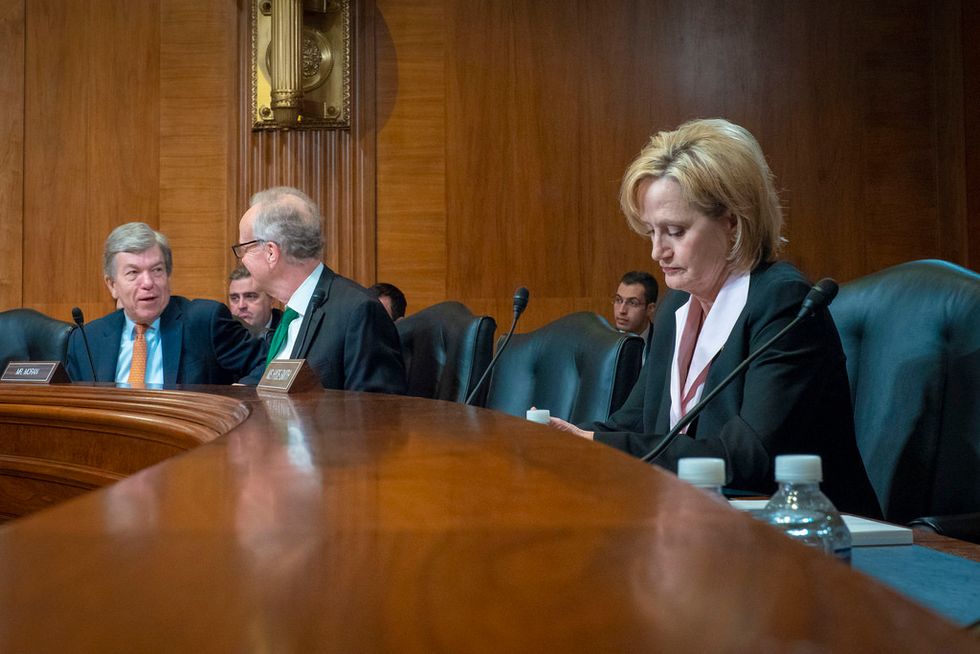 In the 2018 midterms, the Deep South missed some golden opportunities to reject and disavow its ugly segregationist past. Republican Corey Stewart’s buffoonish obsession with the Confederacy resulted in a landslide defeat by Democratic incumbent Sen. Tim Kaine in the U.S. Senate race in Virginia—which has evolved into a swing state—but liberal African-American gubernatorial candidates narrowly lost to far-right extremists in Florida and Georgia, where Governor-Elect Brian Kemp went out of his way to suppress voting. And in today’s U.S. Senate runoff election in Mississippi, incumbent Sen. Cindy Hyde-Smith is likely to defeat Democratic challenger Mike Espy (who is African-American) despite the fact that she has been a total embarrassment—from her affection for the Confederate Army to her use of the words “public hanging” at a campaign event.

Mississippi is a deeply Republican state—much more so than Texas, where Democrat Beto O’Rourke lost to incumbent Sen. Ted Cruz (R-TX) by a mere 3 percent on November 6 in a statewide U.S. Senate race. President Donald Trump, who has campaigned for Hyde-Smith in Biloxi and Tupelo, is wildly popular among white rural voters in Mississippi—and if Espy does manage to achieve a victory, he will need a heavy African-American turnout (Mississippi is 38 percent black).

Here are four reasons why Hyde-Smith has been such an embarrassment in the Magnolia State.

Viewing symbols of racism in a museum is one thing, but celebrating them is quite another. If Turner Classic Movies shows D.W. Griffith’s 1915 silent film “Birth of a Nation” with a disclaimer—which it has done in the past—it isn’t the same as condoning its ugly, overtly racist message or its revisionist view of history. And similarly, one can view Confederate flags or Confederate Army uniforms in a museum without praising them. Jefferson Davis and Stonewall Jackson should be studied; they shouldn’t be praised. But when Hyde-Smith visited the Jefferson Davis Home and Presidential Library in Biloxi in 2014, she glorified the Confederate Army.

Hyde-Smith posed for a photo in which she was wearing a Confederate Army hat and holding a rifle—not exactly subtle—and posted the photo on Facebook. On August 8, 2014, Hyde-Smith posted, “I enjoyed my tour of Beauvoir. The Jefferson Davis Home and Presidential Library, located in Biloxi. This is a must see. Currently on display are artifacts connected to the daily life of the Confederate Soldier, including weapons. Mississippi history at its best!”

2. Hyde-Smith Co-Sponsored a Resolution Honoring a ‘Daughter of the Confederacy’

Context is everything. The uglier parts of U.S. history should be studied extensively, but they shouldn’t be glorified. And when Hyde-Smith was a Mississippi state senator in 2007—long before she went to the U.S. Senate—she co-sponsored a resolution honoring a woman named Effie Lucille Nicholson Pharr, who was 92 at the time and was the daughter of Thomas Jefferson Nicholson—a Confederate soldier during the Civil War. The resolution touted Pharr as “the last known living Real Daughter of the Confederacy living in Mississippi” and asserted that her father “fought to defend his homeland and contributed to the rebuilding of the country.”

3. Hyde-Smith Sent Her Daughter to a ‘Segregation Academy’

In 1954, the Warren Court’s unanimous ruling in Brown v. the Board of Education led to what were called “segregation academies” in the Deep South. The Brown ruling declared state laws mandating racial segregation in public schools to be unconstitutional, but private schools were exempt—and “segregation academies” were whites-only private schools where racists could be certain that their children wouldn’t have any African-American classmates. Hyde-Smith, born in 1959, attended a segregation academy called the Lawrence County Academy—where the school’s mascot, named “Col. Reb,” carried a Confederate flag.

It was Hyde-Smith’s parents, not Hyde-Smith herself, who decided where she would attend school growing up. But instead of learning from the painful lessons of history, Hyde-Smith sent her daughter to a segregation academy: the Brookhaven Academy in Brookhaven, Mississippi. While Brookhaven is 55% black, that school is still almost exclusively white.

4. Hyde-Smith Used ‘Public Hanging’ as a Term of Endearment

Mississippi has a long and brutal history of racial oppression, from the murder of Emmett Till in 1955 to the killings of three civil rights workers (James Earl Chaney, Andrew Goodman and Michael Schwerner) by KKK members in 1964 to slavery before the Civil War to countless lynchings. So Hyde-Smith was, at best, tone-deaf when she hugged a cattle rancher at a campaign event on November 2 and gushed, “If he invited me to a public hanging, I’d be on the front row.” Hyde described her use of “public hanging” as a harmless rhetorical device and a figure of speech, but in light of Mississippi’s history of lynching, she could have found a much better way to praise the rancher.