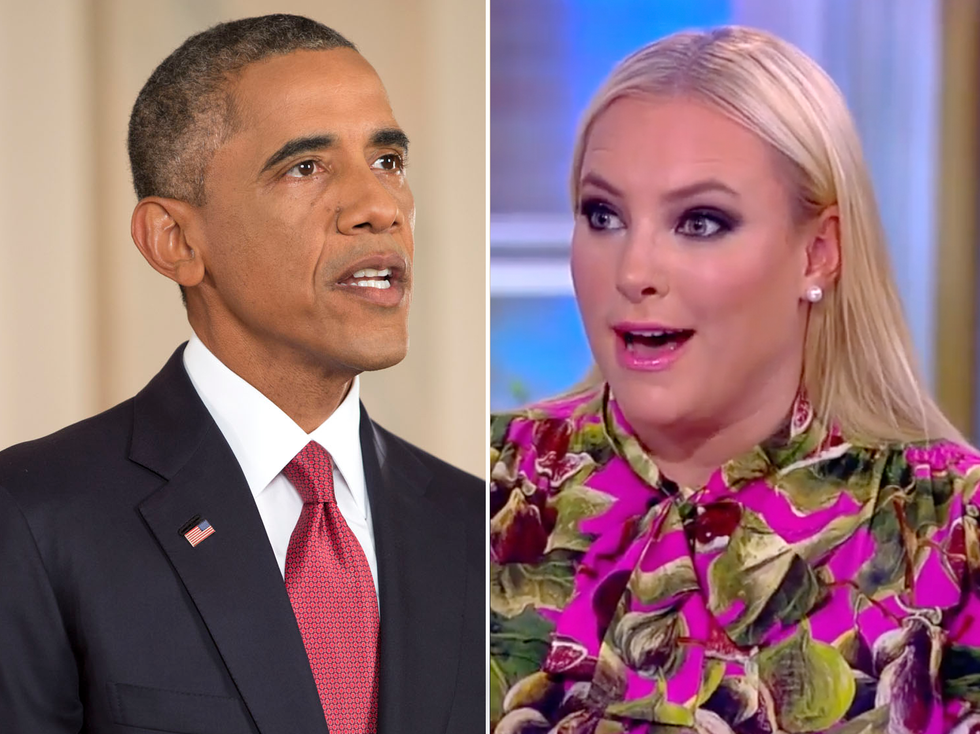 “The View” on Wednesday erupted after Meghan McCain complained about the “hypocrisy” on the left regarding a variety of issues, including immigration and climate change.

During a discussion on the potential for a government shutdown over Donald Trump’s demand for border wall, McCain argued that the media is ignoring some of the immigration tactics former president Barack Obama used on the border—specifically the use of tear gas on immigratns.

“They are, and we can call out BS on both to be honest, because of the president’s rhetoric, I think, we’re shining such a light on this,” conservative Abby Huntsman said.

As Huntsman began citing statistics from the Obama administration, Sunny Hostin interjected, reminding he co-host “last I checked President Obama is no longer in office.”

“President Trump is in office, and he’s destroying the country,” Hostin added. “This ‘but Obama’ defense doesn’t work for me.”

“If you’re infuriated now, you should have been infuriated then — that’s all I’m saying,” McCain later argued, later complaining that the hosts were changing the topic from tear gas to family separation.

“First of all, we’re talking about tear gas, we were talking about tear gas, not children being separated,” McCain shot back. “The other thing I want to say is that I come on here a lot and concede when Republicans are making mistakes. I did it yesterday, the woman who became senator in Mississippi, I did it about Hillary Clinton. It would be nice if my friends on the left conceded when they were wrong.”

“You’re not mad when Obama did it but you’re mad when Trump did it,” she claimed