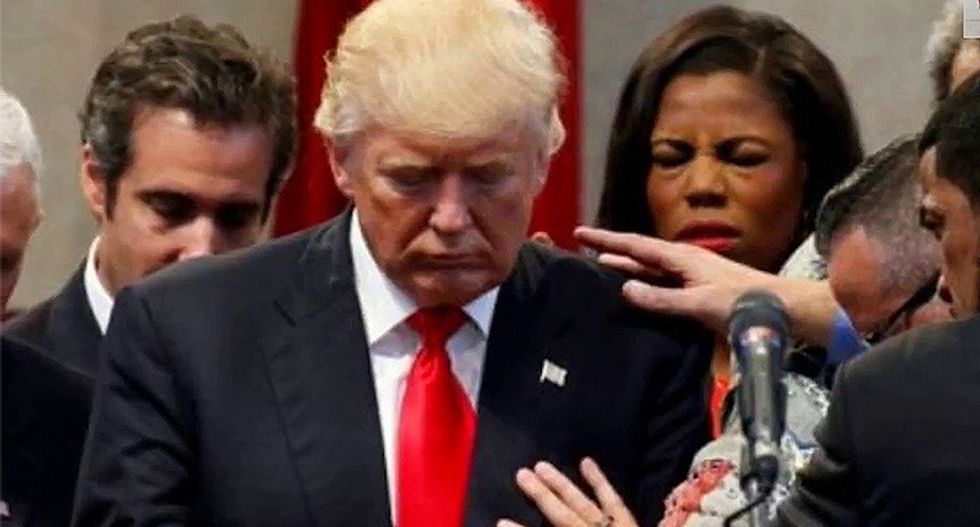 1. He told you he’d cut your taxes, and that the super-rich like him would pay more. You bought it. But his 2017 tax law has done the opposite. By 2027, according to the nonpartisan Tax Policy Center, the richest 1 percent will have received 83 percent of the tax cut and the richest 0.1 percent, 60 percent of it. But more than half of all Americans — 53 percent — will pay more in taxes. As Trump told his wealthy friends at Mar-a-Lago just days after the tax bill became law, “You all just got a lot richer.”

2. He promised that the average family would see a $4,000 pay raise because of the tax law. You bought it. But real wages for most Americans are lower today than they were before the tax law went into effect.

4. He promised to bring an end to Kim Jong-Un’s nuclear program. You bought it. Kim Jong-Un hasn’t denuclearized.

5. He told you he’d repeal Obamacare and replace it with something “beautiful,” including “insurance for everybody.” You bought it. But he didn’t repeal and he didn’t replace. (Just as well: His plan would have knocked at least 24 million Americans off health insurance, including many of you.) Instead, he’s doing what he can to cut it back and replace it with nothing. According to the Commonwealth Fund, about 4 million Americans have lost health insurance in the last two years.

6. He told you he wouldn’t “cut Social Security like every other Republican and I’m not going to cut Medicare or Medicaid.” You bought it. But now he’s planning such cuts in order to deal with the ballooning deficit created, in part, by the new tax law for corporations and the rich.

8. He said he’d build a “wall” across the southern border.You believed him. But there’s no wall.

9. He told you he’d invest $1 trillion in our nation’s crumbling infrastructure. You bought it. But after his giant tax cut for corporations and millionaires, there’s no money left for infrastructure.

10. He said he’d drain the Washington swamp. You bought it. But he’s brought into his administration more billionaires, CEOs, and Wall Street moguls than in any administration in history, to make laws that will enrich their businesses, and he’s filled departments and agencies with former lobbyists, lawyers and consultants who are crafting new policies for the same industries they recently worked for.

12. He said he’d use his business experience to whip the White House into shape. You bought it. But he has created the most dysfunctional, back-stabbing White House in modern history, and has already fired and replaced so many assistants that people there barely know who’s in charge of what.

13. He told you he’d “bring down drug prices” by negotiating “like crazy” with drug companies. You bought it. But he hasn’t.

15. He promised “six weeks of paid maternity leave to any mother with a newborn child whose employer does not provide the benefit.” You bought it. But the giant tax cut for corporations and the rich doesn’t leave any money for this.

16. He said he’d create tax-free dependent care savings accounts for younger and elderly dependents, and have the government match contributions low-income families put into their savings accounts. You bought it. He’s done neither.

19. After pulling out of the Paris accord, he said he’d negotiate a better deal on the environment. You bought it. There have been no negotiations.

20. He promised that the many women who accused him of sexual misconduct “will be sued after the election is over.” You bought it. He hasn’t sued them, presumably because he doesn’t want the truth to come out.

21. He said he would not be a president who took vacations, and criticized Barack Obama for taking too many vacations. You bought it. But since becoming President, he has spent a quarter of his days at one of his golf properties.

22. He vowed to “push colleges to cut the skyrocketing cost of tuition.” You believed him. But he hasn’t. Instead, he’s made it easier for for-profit college to defraud students.

23. He said he’d force companies to keep jobs in America, and that there would be consequences for companies that shipped jobs abroad, especially government contractors. You believed him. Never before in U.S. history have federal contractors sent so many jobs overseas. There have been no consequences.

24. He promised to end DACA. Then in January 2018 promised that “DACA recipients should not to be concerned… We’re going to solve the problem,” then he reversed himself again and vowed to end the program by March, 2018. Currently, the federal courts have stayed any action on it.

25. He promised to revive the struggling coal industry and bring back lost coal mining jobs. You bought it. But coal is still losing customers as utilities turn to natural gas and renewable power.

26. He promised to protect American steel jobs. You bought it. His tariffs on steel have protected some steel jobs. But industries that use steel – like automakers and construction – now have to pay more for the steel they use, with the result that their jobs are threatened. The Trade Partnership projects that 400,000 jobs will be lost among steel and aluminum users.

27. He said he’d make America safer. You believed him. But mass shootings keep rising, and Trump has failed to pass effective gun control legislation. After 17 died in Parkland, Florida, Trump promised “immediate action” on gun safety in schools, but has done nothing.

28. He promised to make two- and four-year colleges more affordable. You bought it. But Trump’s most recent budget contains deep cuts in aid for low-income and first-generation college students, reduces Federal Work Study, and eliminates the 50-year-old Federal Supplemental Educational Opportunity Grant program, which goes to more than a million poor college kids each year.

29. He promised to eliminate the federal deficit and bring down the debt. You bought it. Yet due to his massive tax cut mostly for corporations and the rich, and his military spending, the deficit is set to rise to $1 trillion, and the debt has ballooned to more than $21 trillion.

30. He said he’d release his taxes. “I’m under a routine audit and it’ll be released, and as soon as the audit is finished it will be released,” he promised during the campaign. You bought it. He still hasn’t released his taxes.