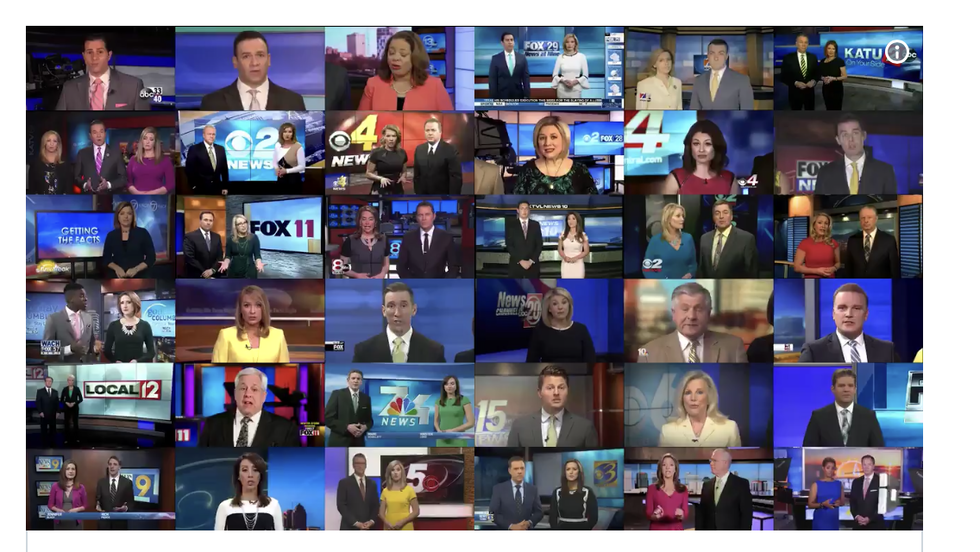 This week, Rep. Steve Knight (R-CA) posted a Facebook ad of himself with David Brayton, a Santa Clarita veteran who says Knight earned his vote by pulling strings to help him get a lung transplant.

"If it wasn't for Steve Knight's assistance in this thing, I guarantee you I'd be dead," said Brayton. "I'm voting for Steve Knight because he gets stuff done for us." On his Facebook page, Knight proclaimed he was "proud" to have Brayton's endorsement.

But evidently, Knight never bothered to vet Brayton's political views before touting him. The Los Angeles Times looked into Brayton and found a number of racist, anti-Semitic, and violent posts on his Facebook page.

Brayton said that CNN "should be indicted, found guilty and face a firing squad." He posted an image of former President Barack Obama having a noose placed around his neck, captioned "You will hang by the neck until dead. Take your smug ass to hell." He posted KKK iconography, and remarked that the infamous white supremacist terror group is probably jealous of black people "since blacks have killed more blacks than the KKK could in 100 years." He posted an image of a man with machine guns captioned "Hear me Islam: I will slaughter you with your own knife." And he posted an image of the Nazi "Jude" star badge and suggested Jews on television should wear it "just to make sure the audience knows … wink wink." Facebook has since banned his primary account for hate speech and threats.

In retrospect, there were some clear red flags the Knight campaign should have spotted. In the ad, Brayton wore a shirt emblazoned with the word "infidel" — commonly appropriated by anti-Muslim hate groups.

Initially, the Knight campaign complained about media scrutiny over the controversy. Knight's strategist, Matt Rexroad, said they had no reason to check his social media activity beforehand and added, "I think the timing of this is ridiculous." The campaign initially refused to take down the ad, but has since given in to public pressure and removed it.

Social media threats have increasingly been drawing concern, as both the Florida Trump supporter who sent pipe bombs to prominent Democrats and the neo-Nazi who gunned down 11 worshipers at the Tree of Life Synagogue in Pittsburgh presaged their attacks with violent and hateful online comments.

Knight represents California's 25th Congressional District — the only Republican to hold a district that covers part of the city of Los Angeles. He votes with President Donald Trump 98 percent of the time, the highest of any California Republican, and was an enthusiastic supporter of gutting coverage for pre-existing conditions and the GOP tax scam bill.

He is locked in a close contest with Katie Hill, a 31-year-old nonprofit executive who would be the first openly bisexual member of Congress from California if elected.