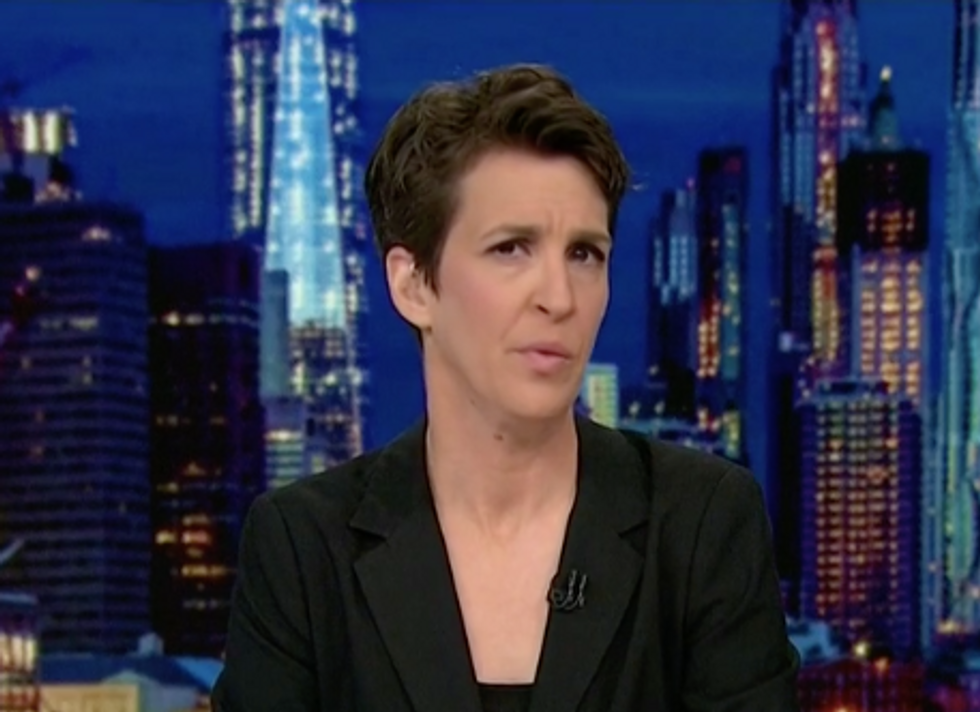 With the stakes growing ever higher in President Donald Trump's efforts to undermine Special Counsel Robert Mueller's Russia investigation, MSNBC's Rachel Maddow argued Thursday night that we may have already reached a tipping point in this saga.

She pointed out that, in a tweet Thursday morning, Trump referred to the "inner workings' of the Mueller investigation, a phrase he has never used before. Maddow argued that this indicates Trump has used his new dubiously appointed Acting Attorney General Matthew Whitaker to gain an unprecedented look inside the Russia investigation.

But it's not just this development bringing tensions to a head. She laid out an intricate case suggesting that we are very close to a dramatic new chapter in the investigation and in Trump's presidency.

"There is now reason to seriously question whether, in his new role as acting attorney general, Matt Whitaker is already feeding inside information about the investigation to the White House and to the president. In federal court right now, some unknown defendant, who is being treated with incredible deference by the federal court system, appears to have entered into a hard-fought endgame secret negotiation with Mueller's team as to whether or not he or she must, I guess, testify or hand over whatever Mueller is demanding," Maddow explained.

"We know that the president this week since he returned from his disastrous overseas trip, he has been having long meetings, hours-long daily meetings with his personal lawyers related to the Mueller investigation," she continued. "They say they have been specifically meeting on the question of collusion between his campaign and Russia. And in the middle of all of this, we have the president bragging that he now has access to inside information about what's going inside the investigation."

She concluded: "In other words: This is probably the moment we've been waiting for. This is what presidential historians like Michael Beschloss was probably barreling down the tracks at us. A second Saturday Night Massacre. Which of course, became the beginning of the end for President Nixon in Watergate. When a president tries to control the Justice Department in order to make an investigation that dooms him go away by corruptly influencing the course of the investigation, that's usually the end."

When the president tries to control the Justice Department in order to make an investigation that dooms him go away… https://t.co/CUYeTdqHG9
— Maddow Blog (@Maddow Blog)1542337238.0