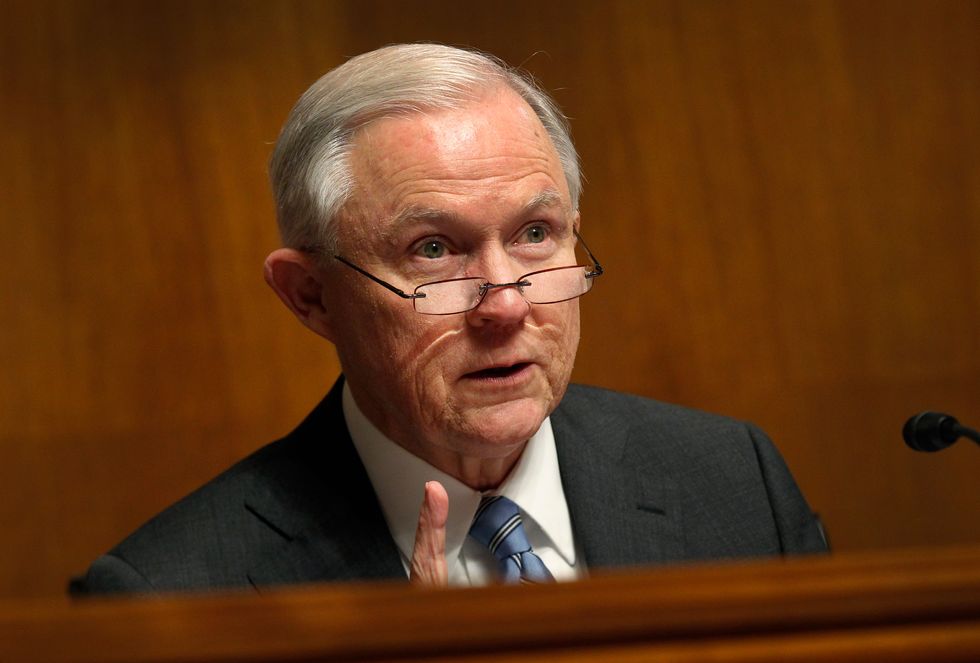 The U.S. Justice Department announced in an official press release this morning that its Civil Rights Division “will monitor compliance with the federal voting rights laws by deploying personnel to 35 jurisdictions in 19 states.” And Kristen Clarke, president and executive director of the National Lawyers Committee for Civil Rights Under Law, is crying foul—asserting that the DOJ should be worried about voter suppression rather than promoting a “false narrative about voter fraud.”

In the DOJ press release, Attorney General Jeff Sessions is quoted as saying, “Voting rights are constitutional rights, and they’re part of what it means to be an American. The Department of Justice has been entrusted with an indispensable role in securing those rights for the people of this nation. This year, we are using every lawful tool that we have, both civil and criminal, to protect the rights of millions of Americans to cast their vote unimpeded at more than 170,000 precincts across America.”

Sessions added, “Citizens of America control this country through their selection of their governmental officials at the ballot box. Likewise, fraud in the voting process will not be tolerated. Fraud also corrupts the integrity of the ballot.”

Clarke, in response, asserted, “We condemn the Justice Department’s announcement regarding the deployment of federal observers. In stark contrast to how these observers have been deployed in the past, Attorney General Jeff Sessions does not have his eyes set on voter suppression and last-minute intimidation but is instead exploiting this moment to push a false narrative about voter fraud. At every turn, this Justice Department has failed to take action to enforce the Voting Rights Act and protect the interests of minority voters.”

The DOJ press release also noted that on Election Day, “The Civil Rights Division will gather information on, among other things, whether voters are subject to different voting qualifications or procedures on the basis of race, color or membership in a language minority group; whether jurisdictions are complying with the language minority provisions of the Voting Rights Act.”

Election Day is Tuesday, November 6, although early voting has been underway in Georgia, Arizona, Florida, Massachusetts and other states.