'I changed my mind because I'm pissed': These Republicans just sent a startling message that Trump has gone too far supporting the Saudis 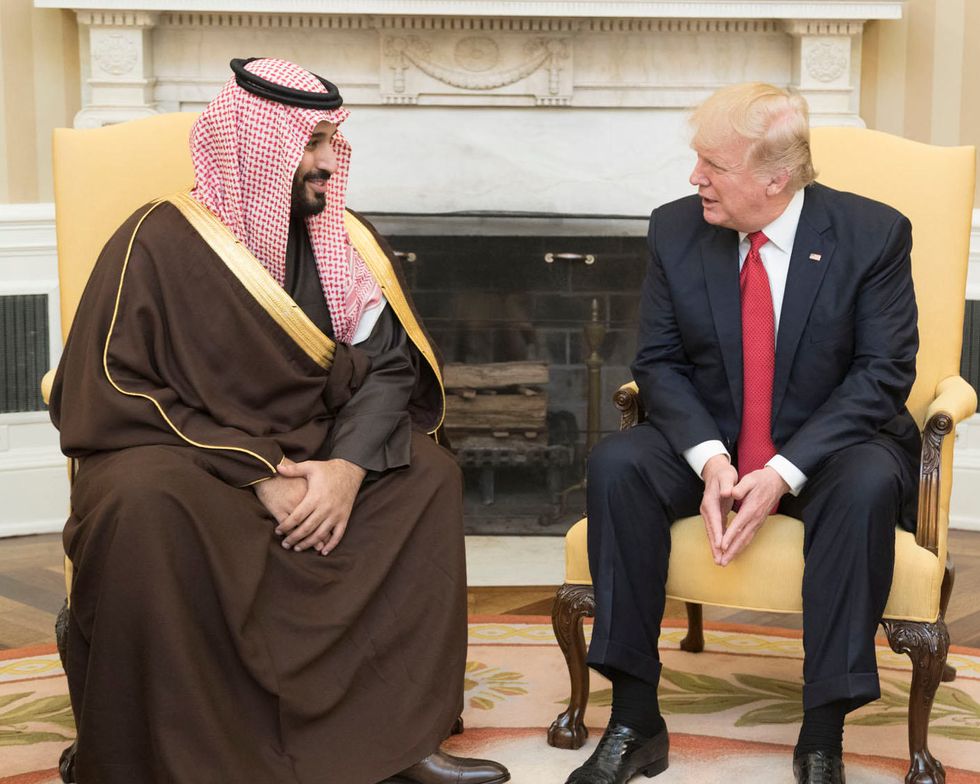 In a bold and decisive step for a usually deferential Congress, the Republican-controlled Senate voted by a large margin Wednesday to move forward with a resolution that would cut funding for President Donald Trump's support of Saudi Arabia's war in Yemen.

By a margin of 63-37, the Senate voted to move the resolution, sponsored by Sen. Bernie Sanders (I-VT) and Sen. Mike Lee (R-UT), to a floor vote that could happen as early as next week. The resolution still has a long way to go before it actually passed Congress, but the fact that so many Republicans were willing to buck the president on the issue shows that his control over lawmakers in his own party may be weaker than previously believed.

Earlier in the day, Secretary of State Mike Pompeo had visited the Senate to lobby against the measure. The fact that the resolution still passed by a large margin constituted a "significant rebuke," argued NBC News correspondent Geoff Bennett.

The Saudi issue has been one of the few areas of policy disagreement that have revealed serious divisions between Trump and his party — only his actions toward Russia have provoked similar dissension.

With his recent dismissal of concerns that Saudi Crown Prince Mohammad bin Salman was most likely behind the assassination of Washington Post journalist Jamal Khashoggi, Trump has fueled even more skepticism among lawmakers about his attitude toward the regime.

Many raised concerns Wednesday when Pompeo went to the Senate to brief lawmakers about Saudi Arabia. It was striking that CIA Director Gina Haspel — whose agency has reportedly concluded that the crown prince order Khashoggi's killing — did not accompany him.

"Today’s briefing raised more questions than it answered," said Sen. Todd Young (R-IN) in a statement. "I plan to support the Sanders/Lee resolution."

Khashoggi himself had spoken out against the war in Yemen, which has continued unabated for years. It has been in part facilitated by the U.S. support for the Saudis and unleashed a massive humanitarian crisis killing tens of thousands and put millions on the brink of starvation.

"The longer this cruel war lasts in Yemen, the more permanent the damage will be," Khashoggi wrote in September. "The people of Yemen will be busy fighting poverty, cholera and water scarcity and rebuilding their country. The crown prince must bring an end to the violence and restore the dignity of the birthplace of Islam."

Sen. Lindsey Graham (R-SC), often a close ally of the president, explained why he changed his mind and supported the measure after previously opposing it.

"I changed my mind because I'm pissed," he said, according to Frank Thorp of NBC News. "The way the administration has handled the Saudi Arabia event is just not acceptable."

He added: "And is it too much to ask of an ally that the de facto leader of the country not lure someone to a consulate and chop ‘em up because they wrote a bad article? If we don't deal with this now, it gets worse."