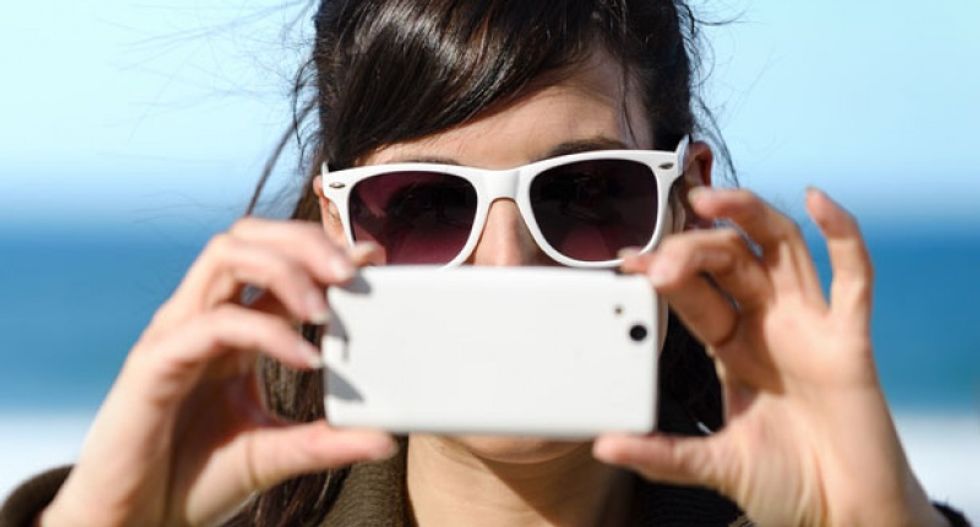 The ubiquity of smartphones means that those who own one are pretty easy to track. All modern smartphones have inbuilt GPS accurate to within a few feet. Even if your GPS is turned off, smartphones also peer at Wi-Fi networks in the vicinity, which are mapped to a physical location and can be used to verify location. Even if your Wi-Fi and your GPS are turned off, your phone and its apps can use triangulation of your cell signal to figure out roughly where you are. And whenever you take a cell phone picture, the photo includes a tiny piece of metadata (called EXIF data) that records the location where that photo was taken, along with the type of camera and the date and time.

Excerpted with permission from “A People’s History of Silicon Valley: How the Tech Industry Exploits Workers, Erodes Privacy and Undermines Democracy,” by Keith A. Spencer, available now from major booksellers. © 2018 Eyewear Publishing.

Even if you’re on your personal computer instead of your phone, there are plenty of ways for websites or applications to figure out your location. All computers have a unique code, called an IP address, that is created whenever they go online – and which can be used to roughly map location.

Even if you mask your IP address, there are other ways that you can be tracked. Digital images of you and your environs may disclose your location. Google’s program PlaNet uses artificial intelligence to figure out where a particular photo was taken. PlaNet contains a database of some 90 million geo-tagged online photos, from which it can guess (with reasonable accuracy) where new ones were snapped from, even without any obvious landmark in the background.

As with much modern-day tech that has the capacity to surveil, these technologies were not sold to consumers under the auspices of spyware. Rather, the GPS in cell phones, and the cameras and microphones in our computers and phones, are of great utility for consumers: they enable navigation, on-demand delivery and services, and help us keep track of our things and loved ones. Yet the tradeoff is that we have opened ourselves up to the potential to be surveilled, tracked, and monitored 24/7 – by either companies or governments.

If you think computers and smartphones sound like a great tool for spy agencies to track government dissenters and critics, you’re not the only one. The Electronic Frontier Foundation (EFF), an online civil rights nonprofit organization, has been tracking the United States National Security Agency (NSA)’s attempts at tracking and surveilling US citizens. Some well-documented discoveries include the revelation that the NSA “installed a fiberoptic splitter at its facility [in] San Francisco that makes copies of all emails, web browsing, and other Internet traffic to and from AT&T customers and provides those copies to the NSA,” data that includes “both domestic and international Internet activities of AT&T customers.” A whistleblower leak in 2013 revealed that the NSA “obtains full copies of everything that is carried along major domestic fiber optic cable networks.”

There have been a few notable cases of Silicon Valley defying the government’s whims when it comes to full-scale surveillance. In 2016, Apple refused on moral grounds to build a “backdoor” that would allow the FBI to access a terrorist’s cell phone. (The FBI was later able to hack into the device without Apple’s help.) Yet in general, tech companies are not only complicit in granting governments the power to surveil, but actually benefit from a close relationship.

Why is this? Mainly because so many tech companies are already experts at surveillance, since their whole business model involves building profiles on users so that they can advertise to them in increasingly subtle and manipulative ways, anticipating their consumer desires before they even realize them. The New York Times has reported that the US government has cozied up to tech companies for the purpose of aiding with surveillance; most companies happily and willingly offered to make it easier for the government to access their data, and in the case of Google and Facebook, even discussed building “separate, secure portals” through which “the government would request data, companies would deposit it and the government would retrieve it.” Astonishingly, U.S. domestic mass surveillance programs have not pre- vented any domestic terrorist attacks, according to unclassified Department of Homeland Security documents obtained by The Intercept. “Even before [whistleblower Edward] Snowden, the NSA wasn’t able to provide a single substantiated example of its surveillance dragnet pre- venting any domestic attack at all,” wrote reporter Jenna McLaughlin.

Likewise, many tech companies are cozy with spy organizations because many of them sprang from the defense industry. The defense industry fueled much of the early development of Silicon Valley, as it needed microchips for the aerospace industry and computer networks for Cold War defense. Today, there are still startups and venture capital firms that either function as arms of the Defense Department or are deeply entwined. Peter Thiel, an infamous billionaire Silicon Valley investor and anti-democracy libertarian, was a cofounder of a venture capital firm named Palantir, named for the all-seeing orb in J.R.R. Tolkien’s “Lord of the Rings” trilogy.  One of Palantir’s first investors was the CIA, and the company has former CIA agents on its employment rolls. Though notoriously secretive about its products – as many of their clients are agencies like the Department of Defense – it is well known that Palantir is used by law enforcement and military organizations to aid in surveillance; indeed, the American Civil Liberties Union has claimed that Palantir’s products “enable mass surveillance.” Thiel is on the boards of both Palantir and Facebook, an interesting coincidence given that the NSA makes use of Facebook information to keep tabs on people.

Data-mining tech operations often know things about us that we may not even know. Department store chain Target once hired a team of economists and statisticians to predict, among other things, when customers were pregnant, so that they might sell them related products. Shortly after the targeted advertising program began, an angry father stormed a Minneapolis Target store, livid over a mailer addressed to his daughter, which contained coupons for baby products. A few days later, when the manager of the Target called him to apologize, the man apologized instead – apparently his daughter was pregnant after all.330 Target knew before he did.

Ironically, some of the biggest purveyors of the services that have eroded our privacy (as well as encouraged us to care less about privacy) have hypocritical views when it comes to protecting their own privacy. Evgeny Morozov, writing in the pages of The Guardian, has documented some of the more absurd gaps between tech CEOs’ words and their actions:

Eric Schmidt, executive chairman of Google’s parent company Alphabet, tells us that if we have something to hide, maybe we shouldn’t be doing it in the first place; he himself prefers to live in a luxury building without a doorman – so that no one can see him come and go. Facebook CEO Mark Zuckerberg wants us to practise openness and radical transparency; he himself purchases neighbouring houses to get as much privacy as possible. Airbnb co-founder Brian Chesky likes to boast that he is a typical Airbnb host; well, perhaps too typical – for a while, he was renting his house without obtaining the necessary legal permit.

Silicon Valley’s elites hate [i]ntrusion into their personal lives. Had they worked for any other industry, their concerns would be justified. But they work for an industry that tries to convince us that privacy does not matter and that transparency and deregulation are the way to go. Since they do not lead by example, why shouldn’t their hypocrisy be exposed?

Morozov noted particularly the irony that all these tech CEOs are against, or silent on, privacy issues such as the “right to be forgotten” – a recent activist movement that demands that citizens should have control over the search results that appear about them when their names are looked up via search engines like Google and Yahoo.  Google in particular has lobbied hard against the right to be forgotten, which is now law in the European Union.

In 2004, Jamais Cascio, a Bay Area futurist, coined the term “participatory panopticon" in a lecture at the Chicago MeshForum conference. Cascio imagined the dystopian idea of the panopticon – a nineteenth-century concept of a prison in which all inmates could be watched at any time, without their knowledge, by an unseen guard – becoming a reality:

Soon, probably within the next decade, certainly within the next two – we’ll be living in a world where what we see, what we hear, what we experience will be recorded wherever we go. There will be few statements or scenes that will go unnoticed, or unremembered. Our day to day lives will be archived and saved. What’s more, these archives will be available over the net for recollection, analysis, even sharing [...] This won’t simply be a world of a single, governmental Big Brother watching over your shoulder, nor will it be a world of a handful of corporate siblings training their ever-vigilant security cameras and tags on you. Such monitoring may well exist, probably will, in fact, but it will be overwhelmed by the millions of cameras and recorders in the hands of millions of Little Brothers and Little Sisters. We will carry with us the tools of our own transparency, and many, perhaps most, will do so willingly, even happily.