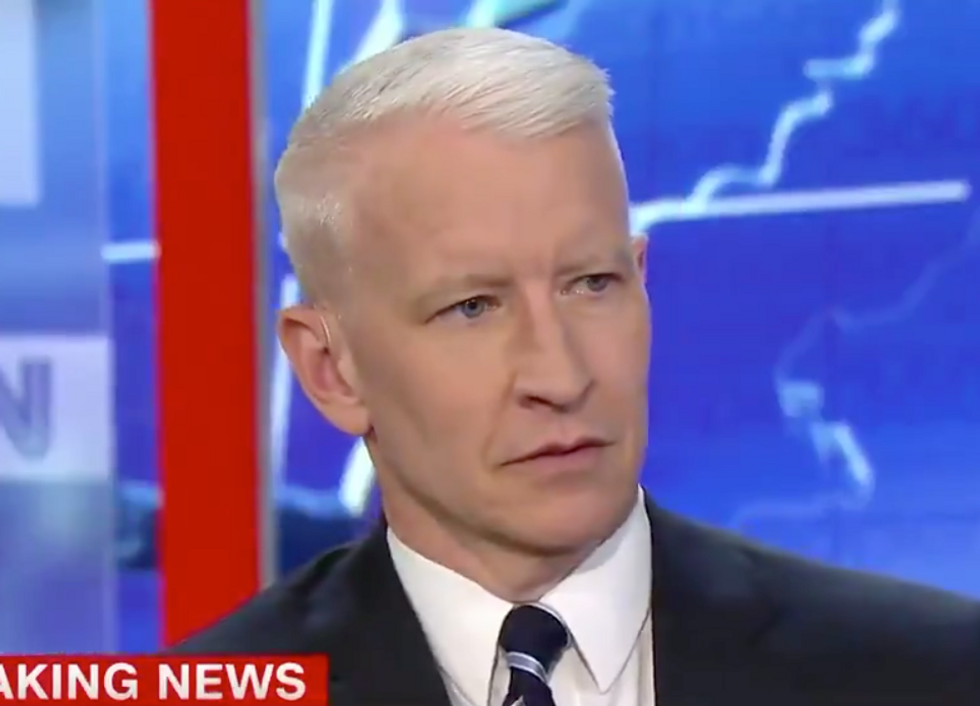 Observers of Special Counsel Robert Mueller were stunned Monday night when new court documents revealed that prosecutors have determined that former Trump Campaign Chair Paul Manafort has breached his plea deal by lying to the FBI.

Without the protection of the agreement, Manafort is subject to being sentenced to the longest possible jail term for his crimes. He is unable to withdraw his guilty pleas even if the prosecutors recommend no leniency.

"I don't know exactly how to phrase this question, but how frickin' stupid is this guy?" said CNN's Anderson Cooper Monday night of Manafort.

"Very fricking stupid," responded legal analyst Jeffrey Toobin. "To get a cooperation agreement and the chance for a lower sentence was very important to him. Especially since he's 70 years old. To throw that away, to throw that benefit away, by continuing to lie to the special counsel's office is incredibly reckless and self-defeating."

They noted, however, that Manafort's lawyers maintain that he has not lied.

Political analyst David Gergen, in contrast to Toobin and Cooper, had a different view.

"Paul Manafort is not stupid," he said. "I would assume that if he's lying, he's doing it because there is something very big he's trying to hide from the prosecutors. Very big. We don't know what that is, at least we don't on the outside here. But I would also assume that, while his chances of going to jail for a much longer time have definitely gone up, it is also possible that his chances of getting a pardon have also gone up, if he's doing something to serve the interests of those around the president." Watch the clip below: