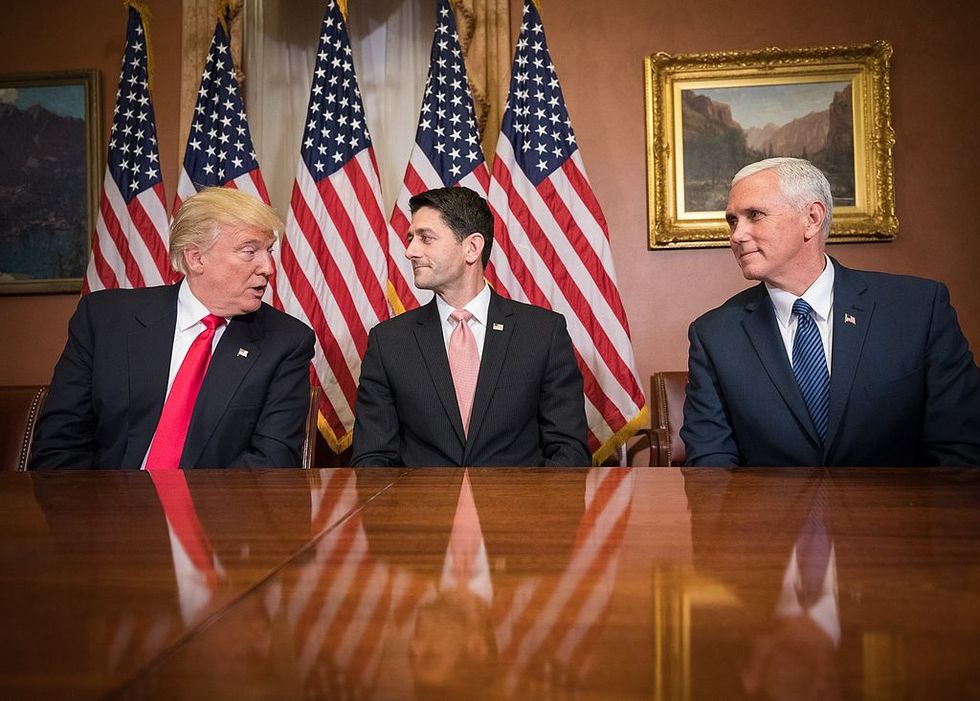 When Republicans finally passed their tax cuts bill at the end of 2017, the party seemed to genuinely believe that the accomplishment would produce a wave of enthusiasm that they could ride to success in the 2018 midterm elections.

Now that the elections have been held, and GOP has proven to be deeply unpopular and has lost a whopping 38 house seats (at least), it's clear that didn't happen. And new analysis from Jim Tankersley and Ben Casselman of the New York Times found that not only did the tax bill do little to nothing to help them in the midterms, it produced significant drag on their electoral hopes in many key districts.

The law "appears to have done more to hurt, than help, Republicans in high-tax districts across California, New Jersey, Virginia andother states," they wrote.

Why? It is because of the new limits on the state and local income tax deduction (SALT).

It can sound a little dry and complicated, but the legislation essentially shrank the discount that people who live in regions with high state and local taxes receive when they pay their federal tax bill. This largely hits people with higher incomes, though the people with the largest incomes likely received more of a benefit from the effects on the corporate tax rate and the lower top marginal rate.

"The SALT cap may not have been the primary motivation for voters in choosing Democratic candidates," the reporters wrote. "But a review of polling data over the past year suggests that the limit has some key Republican constituencies feeling bittersweet about the new law — and more willing to back Democrats in House elections."

Of the 20 Republican-held districts where residents make the most use of the SALT deduction, Democrats won 10 of those elections — a massive gain.

Now, there are decent arguments for and against reducing (or eliminating) the SALT deduction. Since the deduction mostly benefits the rich, progressives may be less inclined to criticize reducing its scope — indeed, much of the criticism of GOP tax bill relies on the fact that it gave far too much to corporations and the wealthy while neglecting the most vulnerable members of society. However, the existence of the SALT deduction can make it easier for local and state governments to levy their own taxes without sparking a backlash, which can help state- and local-level efforts to finance new progressive programs.

But there's a more significant point about the GOP's legislative agenda revealed in this episode. Making the wealthy pay a cost that could hurt your party's electoral chances in some areas may well be a political price worth paying at times. But it should be done for a worthwhile goal — not to provide rich businesses with a huge influx of cash that they simply pay out to wealthy stockholders.

And if the GOP had structured their tax bill in a way that significantly benefited a large portion of the public — say, by drastically increasing the Earned Income Tax Credit to help working families or by generously raising child tax credits to support struggling parents — it might have garnered support from other portions of the country to make up for what it lost by going after the SALT deduction.

The Republicans didn't do that. Instead, they passed an unpopular bill with minimal tangible benefits to the people who most need them because it was what the wealthy donor class demanded. And fortunately, it seems that, at least this time, the Republicans paid a price for their folly.