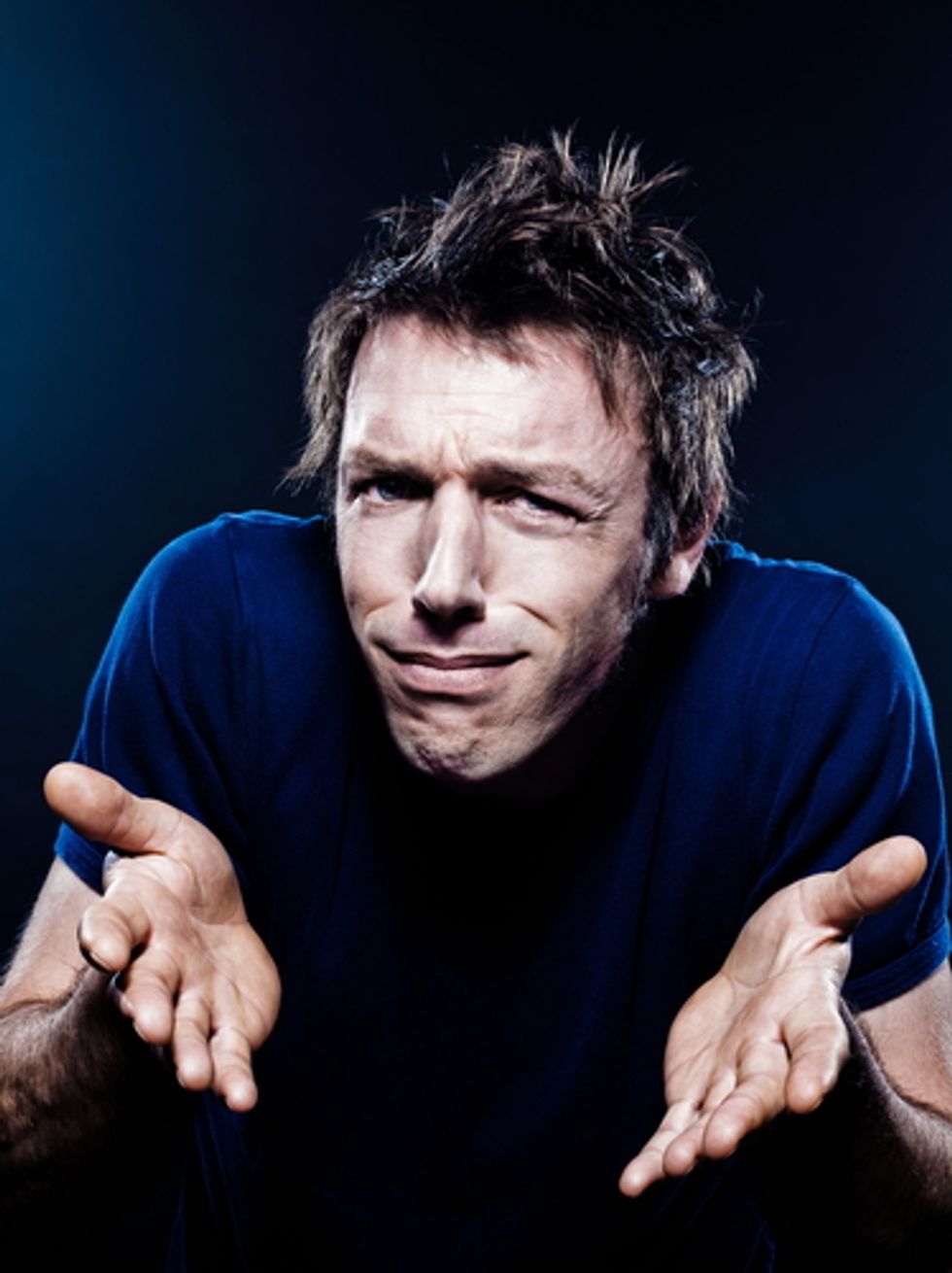 The midterm elections on Tuesday night delivered mixed results that left no one completely satisfied.

Democrats won the House for the first time in nearly a decade, picked up seven governorships, flipped a half dozen state legislative chambers, and won some important state judicial races and ballot referendums on health care, redistricting, and voting rights. But Republicans made significant gains in the Senate and pulled off a few victories in some of the most closely-watched governor races, like Florida and Ohio, complicating the path to further Democratic gains in 2020.

For Democrats, however, there is plenty to rejoice about. It was indeed a wave election for them — and in the process, they unseated a number of their particularly hated GOP foes.

Here are ten notable Republicans who were defeated last night:

While the Senate results in general were a groaner for Democrats, they did manage to topple the one Republican this cycle from a state Hillary Clinton won: Nevada's Dean Heller, who was first appointed to a vacancy in 2011 by Gov. Brian Sandoval and who had never lost a race.

Heller once positioned himself as a moderate, but in the Trump era enthusiastically did the president's bidding. He promised constituents he would never repeal protections for pre-existing conditions, only to turn around and back a bill that did just that. He later threw a cancer patient who asked him about it out of his town hall and called her a "Democrat political operative." He was also a proud backer of the GOP's tax scam bill and the confirmation of Brett Kavanaugh to the Supreme Court, dismissing the sexual assault allegations against him as a "hiccup."

Scott Walker has long been the bane of Midwestern Democrats' existence, and for good reason: he was a ruthless right-wing ideologue in a state that (usually) votes blue.

Walker is best known for severely gutting collective bargaining rights for public workers, triggering massive protests in 2011, but that was just the beginning. His budget cuts decimated the University of Wisconsin system, which was once renowned internationally. He cruelly rejected $1 billion in federal money to expand Medicaid, leaving hundreds of thousands in his state uninsured. He signed one of the most gerrymandered maps in the country, rigging elections for Republicans. And after being caught in a serious campaign finance scandal, he worked with his allies in the legislature to ban the type of public corruption investigation that caught him.

Walker built up a reputation for political invincibility. He is the only governor in U.S. history to survive a recall vote. And he won re-election in 2014 handily. But when he tried to win a third term this year, his antics finally caught up with him.

Fittingly, the governor infamous for destroying teachers' right to unionize lost to Tony Evers, the state superintendent of public instruction.

Illinois was the largest blue state to have a Republican governor — and Bruce Rauner, a billionaire former private equity manager first elected in 2014, shared Walker's antipathy toward public programs and collective bargaining. He was the financial backer of the lawsuit that led to this year's Supreme Court decision declaring large parts of public-sector union financing illegal. His administration was largely defined by a three-year budget standoff with the Democratic legislature that wrecked the state's credit rating and jeopardized education and social services.

Rauner was always in grave danger going into this election — polling showed he was the most unpopular governor on the ballot this year, with a whopping 62 percent disapproval. His Democratic opponent, J.B. Pritzker, was also a billionaire investor, and consequentially the race became one of the most expensive in history, totaling nearly $300 million between the two candidates.

In the end, there was nothing Rauner could do to save himself. With his loss, Illinois returns to being a state Democratic trifecta, one of five new trifectas that Democrats managed to secure.

Few people have been more involved in the right-wing plot to restrict access to the ballot under the guise of preventing "voter fraud" than Kansas Secretary of State Kris Kobach.

A right-wing firebrand who has accepted donations from white supremacists, Kobach served as an election integrity czar on President Donald Trump's short-lived voter fraud commission. He created the Interstate Crosscheck System, which is supposed to help states prune duplicate voter registrations but which is prone to false positives and security flaws. And a unique state law he helped design in Kansas gives him his own team of prosecutors to charge people with voter fraud, but his investigations were a laughable failure.

The crown jewel of his projects, however, was a Kansas law requiring people to prove citizenship before registering to vote. After that law disenfranchised some 36,000 legal voters without even informing them, Kobach was ordered to stop by a federal judge, but flouted that ruling, culminating in a trial where he performed so incompetently the judge had to explain to him how trials work. Kobach was ultimately found in contempt of court and ordered to take remedial law classes.

This year, undaunted by his legacy of voting rights scandals, Kobach threw his hat into the ring for governor, narrowly beating sitting Gov. Jeff Colyer for the nomination while overseeing the whole election himself. He was actually favored to win the three-way race between Democratic state Sen. Laura Kelly and independent Greg Orman. But in the end, Kelly pulled off a victory, giving Kansas its first Democratic governor since 2010.

Dana Rohrabacher, who represents a traditionally conservative congressional district on the coast of Orange County, is often known by the nickname "Putin's favorite congressman" and for good reason: he is disturbingly sympathetic to the authoritarian Russian regime. He has traveled to Moscow and met with Russian nationals implicated in the special counsel investigation, and supports Julian Assange, the Russia-linked "transparency" activist who distributed hacked information on Democrats through WikiLeaks. Even his fellow House Republicans were so unsettled by his chumminess with the Kremlin that they cut off his travel budget earlier this year.

But even putting aside the Russia issue, Rohrabacher is a poisonous politician. He has said there's nothing wrong with refusing to sell homes to gay couples. He has been caught multiple times associating with Chuck C. Johnson, a far-right Internet troll who has denied the Holocaust. And he vehemently opposes the creation of homeless shelters.

His Democratic opponent was businessman and attorney Harley Rouda. Though the race has not officially been called yet, Rouda leads by 1.4 percent with all precincts reporting.

Beto O'Rourke did not run against Sen. Ted Cruz for nothing. His close race spurred Democratic turnout in Texas, and may have played a hand in the defeat of Pete Sessions, a longtime Dallas-based GOP incumbent.

Sessions chaired the powerful House Rules Committee — a position he has used to ruthlessly block any consideration of amendments that would loosen the federal prohibition on marijuana. Even most Republicans, and some Republican lawmakers, are starting to doubt marijuana should be illegal, at least at the federal level — but Sessions was one of the biggest obstacles to any debate of the issue in the House.

Sessions was unseated by Colin Allred, a former linebacker for the Tennessee Titans who went on to become a civil rights attorney and a legal assistant at the Department of Housing and Urban Development.

Virginia was a bloodbath for House Republicans. Reps. Scott Taylor in the 2nd District and Barbara Comstock in the 10th District fell to Democrats. But perhaps most interesting is the defeat of Dave Brat in the 7th District.

A former professor of economics at Randolph-Macon College, Brat himself was first elected to Congress in a surprise upset in 2014, defeating GOP House Majority Leader Eric Cantor in his own primary. A member of the far-right House Freedom Caucus, Brat has compared his own constituents to neo-Nazis for protesting his vote to repeal health coverage for the poor.

His race against Democratic former CIA operative Abigail Spanberger was one of the nastiest contests of the cycle. Republican strategists improperly obtained Spanberger's security clearance file and used it to write attack ads about her teaching at a school that was also attended by terrorist recruits. Ultimately, this fearmongering was not enough to save Brat's job.

Lewis, a former right wing talk-radio host styling himself "America's Mr. Right," was notorious for his vile comments on air. He complained single women are "ignorant of the important issues in life," said that same-sex marriage and progressive income taxes are like slavery, and bemoaned the fact that it is no longer socially acceptable to call women "sluts."

This time around, however, the media paid more attention to Lewis' extremist history, to the point where CNN was even threatened with a frivolous lawsuit for quoting excerpts of his radio show. Craig was nominated for a rematch, and this time, she beat him.

Claudia Tenney represented New York's 22nd Congressional District, an upstate seat that voted for Trump by 15 points. This fact was not lost on her, as she did her utmost to be as Trumpy as possible, welcoming him to fundraisers and voting for his agenda 97 percent of the time.

Like Trump, Tenney also had a penchant for baselessly demonizing her opponents. In one radio interview, she echoed an Internet hoax that most mass shooters are Democrats, then shouted "Fake News!" at reporters challenging her assertion. On another occasion, she suggested the "Deep State" was responsible for Housing Secretary Ben Carson overspending tax dollars on a dining room set. And she faced anger over a campaign memo telling her staff to watch out for her (Italian-American) opponent Anthony Brindisi's "thuggish" family because they might be tied to the mob.

At the local level in Kentucky, Republicans received a special blow with the loss of Kim Davis, the Rowan County clerk who became briefly famous in 2015 when she directed her office to refuse to issue marriage licenses to same-sex couples — even though the Supreme Court had just extended the right to same-sex marriage nationwide. Davis ended up serving a brief stint in jail for contempt of court, for which the conservative movement made her a martyr.

Elwood Caudill Jr., her Democratic opponent, says that she has already called to congratulate him.