The Enlightenment was not the age of reason - here's why 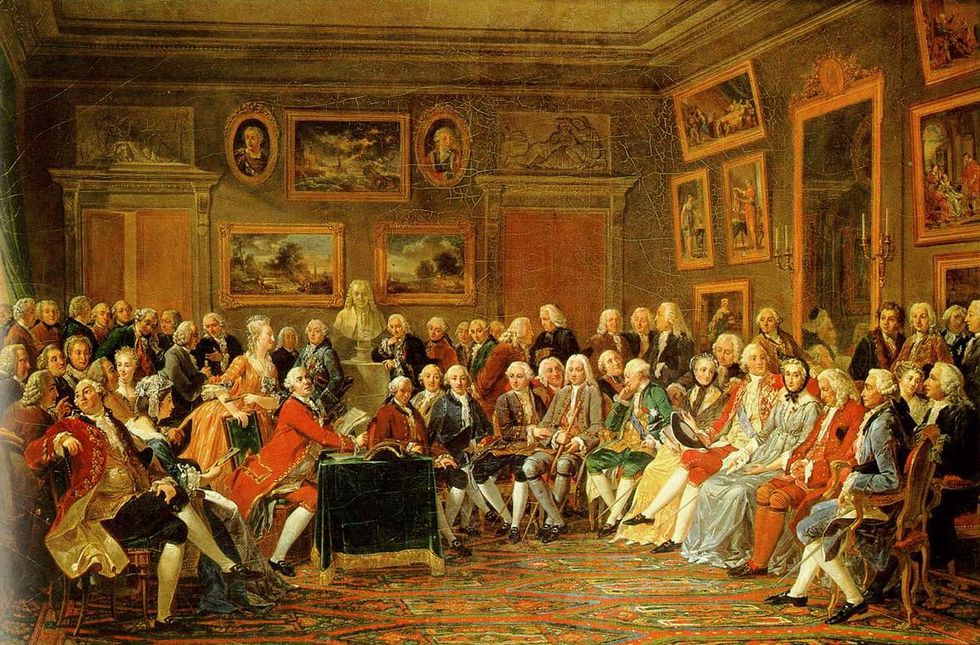 On either side of the Atlantic, groups of public intellectuals have issued a call to arms. The besieged citadel in need of defending, they say, is the one that safeguards science, facts and evidence-based policy. These white knights of progress – such as the psychologist Steven Pinker and the neuroscientist Sam Harris – condemn the apparent resurgence of passion, emotion and superstition in politics. The bedrock of modernity, they tell us, is the human capacity to curb disruptive forces with cool-headed reason. What we need is a reboot of the Enlightenment, now.

Strikingly, this rosy picture of the so-called ‘age of reason’ is weirdly similar to the image advanced by its naive detractors. The pejorative view of the Enlightenment flows from the philosophy of G W F Hegel right through to the critical theory of the mid-20th-century Frankfurt School. These writers identify a pathology in Western thought that equates rationality with positivist science, capitalist exploitation, the domination of nature – even, in the case of Max Horkheimer and Theodor Adorno, with Nazism and the Holocaust.

But in holding that the Enlightenment was a movement of reason opposed to the passions, apologists and critics are two sides of the same coin. Their collective error is what makes the clichÃ© of the ‘age of reason’ so powerful.

The passions – embodied affects, desires, appetites – were forerunners to the modern understanding of emotion. Since the ancient Stoics, philosophy has generally looked on the passions as threats to liberty: the weak are slaves to them; the strong assert their reason and will, and so remain free. The Enlightenment’s contribution was to add science to this picture of reason, and religious superstition to the notion of passionate enslavement.

However, to say that the Enlightenment was a movement of rationalism against passion, of science against superstition, of progressive politics against conservative tribalism is to be deeply mistaken. These claims don’t reflect the rich texture of the Enlightenment itself, which placed a remarkably high value on the role of sensibility, feeling and desire.

The Enlightenment began with the scientific revolution in the mid-17th century, and culminated in the French Revolution at the end of the 18th. Hegel, in the early 1800s, was one of the first to go on the offensive. He said that the rational subject conceived by Immanuel Kant – the Enlightenment philosopher par excellence – produced citizens who were alienated, dispassionate and estranged from nature, with the murderous rationalism of the French Terror the logical outcome.

However, the Enlightenment was a diverse phenomenon; most of its philosophy stood far apart from Kantianism, let alone from Hegel’s version of Kant. The truth is that Hegel and the 19th-century Romantics, who believed they were moved by a new spirit of beauty and feeling, summoned up the ‘age of reason’ to serve as a foil for their own self-conception. Their Kantian subject was a straw man, as was the dogmatic rationalism of their Enlightenment.

In France, the philosophes were surprisingly enthusiastic about the passions, and deeply suspicious about abstractions. Rather than holding that reason was the only means of battling error and ignorance, the French Enlightenment emphasised sensation. Many Enlightenment thinkers advocated a polyvocal and playful version of rationality, one that was continuous with the particularities of sensation, imagination and embodiment. Against the inwardness of speculative philosophy – RenÃ© Descartes and his followers were often the target of choice – the philosophes turned outward, and brought to the fore the body as the point of passionate engagement with the world. You might even go so far as to say that the French Enlightenment tried to produce a philosophy without reason.

For the philosopher Ã‰tienne Bonnot de Condillac, for example, it didn’t make sense to talk about reason as a ‘faculty’. All aspects of human thought grew from our senses, he said – specifically, the ability to be drawn towards pleasant sensations and driven away from painful ones. These urges gave rise to passions and desires, then to the development of languages, and on to the full flourishing of the mind.

To avoid falling into a trap of false articulacy, and to keep as close as possible to sensuous experience, Condillac was a fan of ‘primitive’ languages in preference to those that relied on abstract ideas. For Condillac, proper rationality required societies to develop more ‘natural’ ways of communicating. That meant rationality was necessarily plural: it varied from place to place, rather than existing as an undifferentiated universal.

Another totemic figure of the French Enlightenment was Denis Diderot. Most widely known as the editor of the massively ambitious EncyclopÃ©die (1751-72), Diderot wrote many of its subversive and ironic articles himself – a strategy designed, in part, to avoid the French censors. Diderot did not write down his philosophy in the form of abstract treatises: along with Voltaire, Jean-Jacques Rousseau and the Marquis de Sade, Diderot was a master of the philosophical novel (as well as experimental and pornographic fiction, satire and art criticism). A century and a half before RenÃ© Magritte wrote the iconic line ‘This Is Not a Pipe’ under his painting The Treachery of Images (1928-9), Diderot wrote a short story called ‘This Is Not a Story’ (Ceci n’est pas un conte).

Diderot did believe in the utility of reason in the pursuit of truth – but he had an acute enthusiasm for the passions, particularly when it came to morality and aesthetics. With many of the key figures in the Scottish Enlightenment, such as David Hume, he believed that morality was grounded in sense-experience. Ethical judgment was closely aligned with, even indistinguishable from, aesthetic judgments, he claimed. We judge the beauty of a painting, a landscape or our lover’s face just as we judge the morality of a character in a novel, a play or our own lives – that is, we judge the good and the beautiful directly and without the need of reason. For Diderot, then, eliminating the passions could produce only an abomination. A person without the ability to be affected, either because of the absence of passions or the absence of senses, would be morally monstrous.

That the Enlightenment celebrated sensibility and feeling didn’t entail a rejection of science, however. Quite the opposite: the most sensitive individual – the person with the greatest sensibility – was considered to be the most acute observer of nature. The archetypical example here was a doctor, attuned to the bodily rhythms of patients and their particular symptoms. Instead, it was the speculative system-builder who was the enemy of scientific progress – the Cartesian physician who saw the body as a mere machine, or those who learned medicine by reading Aristotle but not by observing the ill. So the philosophical suspicion of reason was not a rejection of rationality per se; it was only a rejection of reason in isolation from the senses, and alienated from the impassioned body. In this, the philosophes were in fact more closely aligned with the Romantics than the latter liked to believe.

Generalising about intellectual movements is always a dangerous business. The Enlightenment did have distinct national characteristics, and even within a single nation it was not monolithic. Some thinkers did invoke a strict dichotomy of reason and the passions, and privilege the a priori over sensation – Kant, most famously. But in this respect Kant was isolated from many, if not most, of his era’s major themes. Particularly in France, rationality was not opposed to sensibility but was predicated on and continuous with it. Romanticism was largely a continuation of Enlightenment themes, not a break or rupture from them.

If we are to heal the divides of the contemporary historical moment, we should give away the fiction that reason alone has ever held the day. The present warrants criticism, but it will do no good if it’s based on a myth about some glorious, dispassionate past that never was.