Donald Trump Jr. Told Friends He Could Be Indicted This Week - And the President Is 'Depressed' About the Possibility: Report 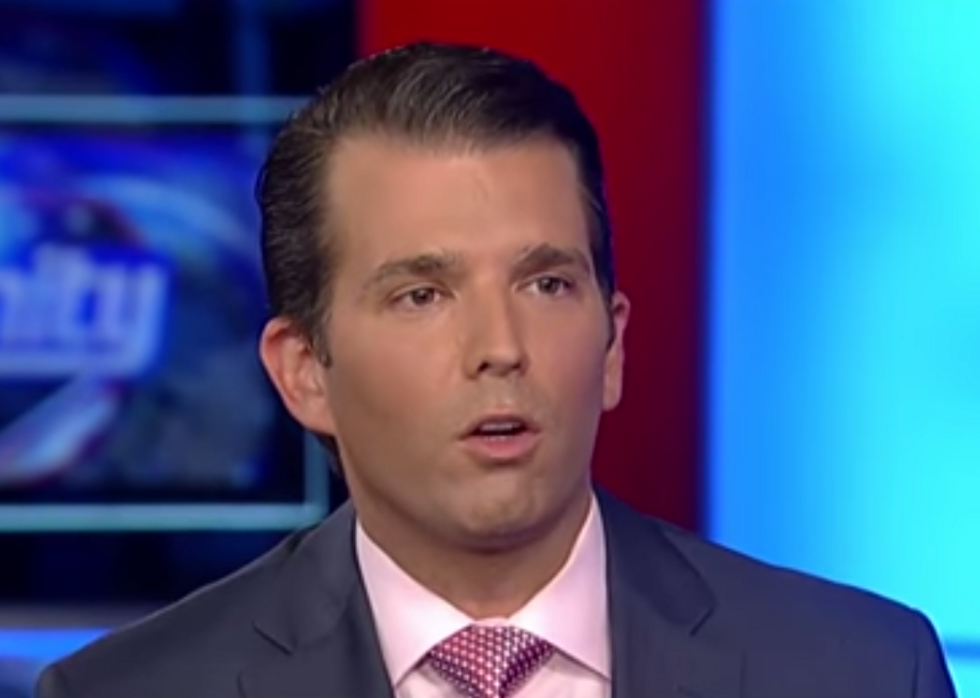 President Donald Trump took a risk Wednesday by ousting Attorney General Jeff Sessions and replacing him with Matthew Whitaker, who is by all appearances, a lackey for the White House.

It was a move clearly designed to assert control over Special Counsel Robert Mueller's Russia investigation. It raises some dangers for the president, as Congress could retaliate in response to such an overt assault on the rule of law — but Trump appears to be betting on the likelihood that Senate Republicans will continue to protect him, especially after the party picked up seats in the chamber during the midterm elections this week.

Nevertheless, the move was risky, which suggests Trump had a strong incentive to take it. And according to a new Vanity Fair report, he appears to be protecting his son. Gabriel Sherman reported:

In recent days, according to three sources, Don Jr. has been telling friends he is worried about being indicted as early as this week. One person close to Don Jr. speculated that Mueller could indict him for making false statements to Congress and the F.B.I. about whether he had told his father about the June 2016 Trump Tower meeting with Russians to gather “dirt” on Hillary Clinton. This source had heard that the case could revolve around Trump’s former deputy campaign chairman, Rick Gates, who’s cooperating with Mueller and who was deeply involved in the campaign at the time of the meeting. Trump, this person continued, is “very upset” about the risks Don Jr. faces. “The president is very depressed,” this person said.

Alan Futerfas, Trump Jr.'s lawyer, denied the report, though it's unlikely he would confirm it if it were true.

Roger Stone, an ally of the president, has also predicted publicly that he'll be indicted soon. There's more public evidence of Mueller's interest in Stone than there is of his interest in Trump Jr. Many of Stone's allies have been dragged before the grand jury, while Stone himself has been left out — so it seems clear the special counsel believes there's something to find on him.

But much of what Mueller knows almost certainly remains a secret, so whatever next steps the investigation takes — assuming it's not thwarted by the acting attorney general — could be a complete surprise.