'The Constitutional Crisis Is Already Here': How the Midterm Elections Unleashed a 'Dangerous New Phase' in Trump's Attack on Democracy 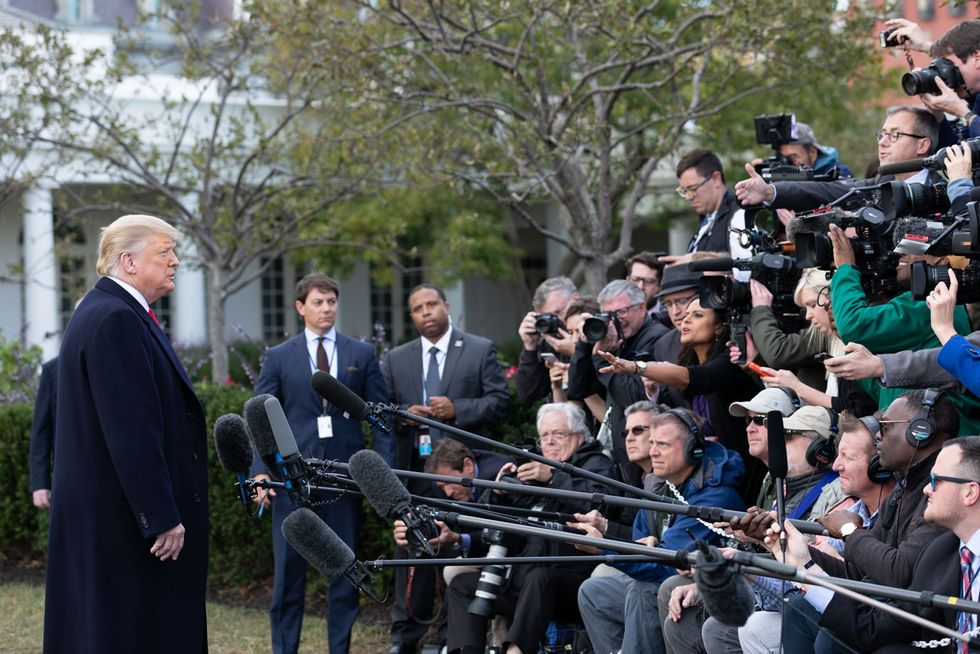 After President Donald Trump tore through a "red line" on Wednesday by immediately replacing fired Attorney General Jeff Sessions with Matthew Whitaker—a fervent loyalist who has openly called for the defunding of Special Counsel Robert Mueller's Russia probe—lawmakers, legal experts, and progressive analysts argued that Trump's presidency has now entered "a dangerous new phase" that many described as a full-blown Constitutional crisis.

Just hours after this move, the Trump administration stripped the press credentials of well-known White House journalist in a move that was denounced as a "clear attack on the First Amendment."

"In less than 24 hours after the midterms, Trump has already: 1) Ousted Sessions, installing a lackey at the Justice department. 2) Berated the press. 3) Attacked House Democrats," University of California, Berkeley professor Robert Reich noted in a tweet on Wednesday. "We are entering a dangerous new phase of his presidency."

Intensifying these warnings was Trump's move to appoint an open critic of Mueller's probe as acting Attorney General. This decision, legal experts were quick to note, automatically removed Rosenstein from his oversight role and placed Whitaker in charge of the Mueller investigation.

As the New York Times observed, it will now be up to Whitaker to decide whether to hand over Mueller's final report on his findings to Congress—or keep it secret and hidden from the public.

"There is really no other way to spin it: This is a cover-up and a Constitutional crisis," argued Judd Legum, author of the Popular Information newsletter.

Rep. Jerry Nadler (D-N.Y.), who is set to become chair of the House Judiciary Committee next year, declared in a statement on Wednesday that "this is a constitutionally perilous moment for our country and the president" and warned the White House to not destroy any evidence related to Sessions' firing.

Sessions faithfully carried out Trump's extremist agenda. Yet Trump fired him before all the midterm ballots have b… https://t.co/HQwsfkK7a5
— Ed Markey (@Ed Markey) 1541621624.0