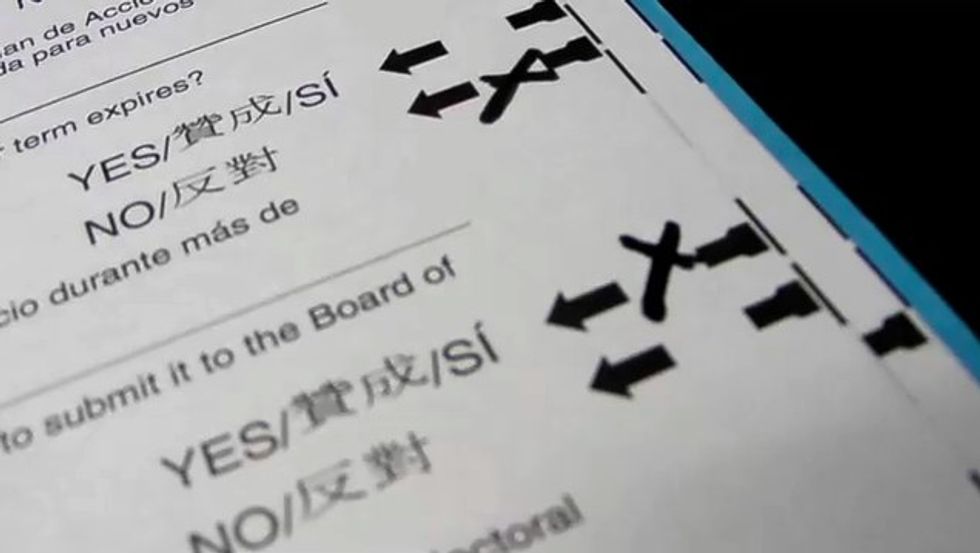 The midterm elections are over. We know who our representatives will be and hope they justify our faith in them. But the 2018 elections also gave us a glimpse into what voters might do if they voted on policies rather than representatives.

In 37 states there were some 150 measures on which we voted directly either by initiative or referendum. (See Ballotpedia.)

Initiatives are where citizens directly draft a law. A referendum occurs when the legislature puts a proposed law or constitutional amendment on the ballot.

Initiatives and referenda can foster democracy and deliberation. But the rich and powerful can also put self-serving proposals on the ballot, and rulings by the Supreme Court that allow them to pay signature gatherers and allow corporations as well as people to spend unlimited amounts give them a huge advantage. If a huge corporation or billionaire cannot get what they want from the legislature, they can go directly to the people. Or threaten to.

In California, Coke, Pepsi, and other members of the American Beverage Association threatened to put on the ballot a measure that would require a two-thirds vote for raising any local taxes unless the legislature stripped local governments of their authority to levy fees and taxes on soda or require any charges in grocery packaging. The legislature caved.

You can get an excellent detailed analysis of the 2008 ballot initiatives by going to Ballotpedia.

For my part, I’d like to offer a few observations on the 2018 outcomes.

Consider Michigan’s marijuana initiatives. Voters approved one initiative that legalized recreational marijuana and imposed a 10 percent tax. They also supported the legalization of medical marijuana, but in doing so they had the choice of three tax rates: 2, 4, or 15 percent. They rejected the lowest and the highest tax and decided that 4 percent was just about right. One could almost see the deliberative process at work.

We learned in 2018, as if we needed more confirmation, that money matters. Supporters and opponents of these ballot measures spent more than $1 billion. Ballotpedia identified 10 of the measures that attracted the most money. In all cases the side that spent the most won.

Consider the fate of two almost identical Oregon and Washington initiatives to ban soda taxes. Oregon’s was rejected 57-43; Washington’s passed 55-45. In Oregon, supporters and opponents raised about the same amount of money. In Washington, the numbers were wildly lopsided. Big Soda spent over $20 million, while the opposition spent $46,000!

In Colorado, a ballot initiative proposed to significantly extend the minimum distance fracking and oil drilling had to be from occupied buildings and other areas. A poll in mid-October had the measure winning by 52-48 percent. Opponents raised $31.7 million; supporters raised $1.6 million. The initiative ultimately was rejected, 56.5-43.5 percent.

Utah, Nebraska and Idaho all approved Medicaid expansion by wide margins. In all, supporters outspent opponents by a wide margin. Montana had the misfortune to propose to pay for Medicaid expansion with a stiff tax on tobacco—which got the attention of Altria, formerly Philip Morris. Opponents outspent supporters two to one. Of the $17 million raised by opponents, Altria put up over 98 percent.

The Medicaid voting revealed another instructive aspect of initiatives. Voters do not translate their rejection of their representative’s policies into a rejection of the candidate. Utah’s proposed expansion won by a considerable margin, 54-46, even though almost the entire Republican Party opposed it. Yet when it came to electing representatives, Republicans not only maintained their overwhelming legislative margin but actually increased their control of the house.

When it came to raising taxes, although the sample is very small, local voters tended to approve while state voters rejected. In San Francisco, voters doubled the gross receipts tax on companies with more than $50 million in annual revenue. It is expected to generate up to $300 million a year, which will fund the construction of 5,000 new affordable housing units and 1,000 additional shelter beds. The vote was 60-40.

Portlanders approved a 1 percent tax on retail companies with more than $1 billion in gross revenues nationally and $500,000 locally. The money will go for clean energy projects. The vote was 64-36. The voters in Mountain View, California, approved a new per employee business tax by a whopping margin of 69-31. The tax would go from $100 per employee to $584,150 for businesses with over 5,000 employees. The city’s only business with over 5,000 employees is Google, with 23,324 employees.

On the other hand, at the state level, Floridians approved a constitutional amendment that will require a two-thirds vote of the legislature to raise taxes or fees by a wide margin, 66-34. Arizonans approved an initiative that prohibited state or local governments from imposing new or increasing existing taxes on services, which include financial services and real estate as well as hairdressing and amusements. The vote was 65-35.

Voters in both Arkansas and Missouri raised the state minimum wage. For me, the vote in Missouri was particularly satisfying. Back in 2015, St. Louis raised its minimum wage from that state level of $7.70 to $11 by 2018. The courts stopped its implementation and the state legislature stripped the authority of any Missouri city from raising the minimum wage. The new state law will raise the Missouri minimum wage from $7.85 in 2018 to $12 in 2023 in annual increments of 85 cents an hour. Workers in St. Louis missed out on four years of wage increases, but the new law does have something the old one lacked: after 2023, the minimum wage will be based on changes in the Consumer Price Index for Urban Wage Earners and Clerical Workers.

Which measures will have the most lasting political impact? Florida’s initiative that restores the right to vote for most people with prior felony conviction upon completion of their sentences means about 1 million people will be eligible to vote in the next election. That should guarantee Florida’s going blue.

Four states—Utah, Michigan, Colorado and Missouri—approved initiatives to create independent commissions to draft maps for congressional and state legislative districts. The initiatives were approved by margins of 60-70 percent. The end of partisan political redistricting is most welcome.

Louisiana voters approved a constitutional amendment requiring unanimous agreement from juries in felony and capital crime court trials. Between 1812 and 1898, the state of Louisiana did require unanimous juries. In 1898, as part of the wave of Jim Crow laws enacted in the South, it gave white majorities considerable power.

The initiative process has its flaws, many of which could be eliminated if the Supreme Court would allow us to get big money out of politics. But it is gratifying to see the deliberative process at work. This election, Brooksville, Florida, residents voted to keep fluoride in their water supply while Houston, Missouri, voted to eliminate it. Springfield, Ohio, voted not to add fluoride to their water supply. Some 74 other cities banned water fluoridation according to the American Dental Association.

I know most of my progressive brethren view those who oppose fluoridation as in the thralls of conspiracy mongers. Perhaps. But I’m sure each city witnessed a spirited debate. And researchers will have an even greater treasure trove of examples on which to base their comparative empirical studies.