While No One Was Looking, Trump Unleashed a Boom in the Market for Shady Financial Industry Scammers 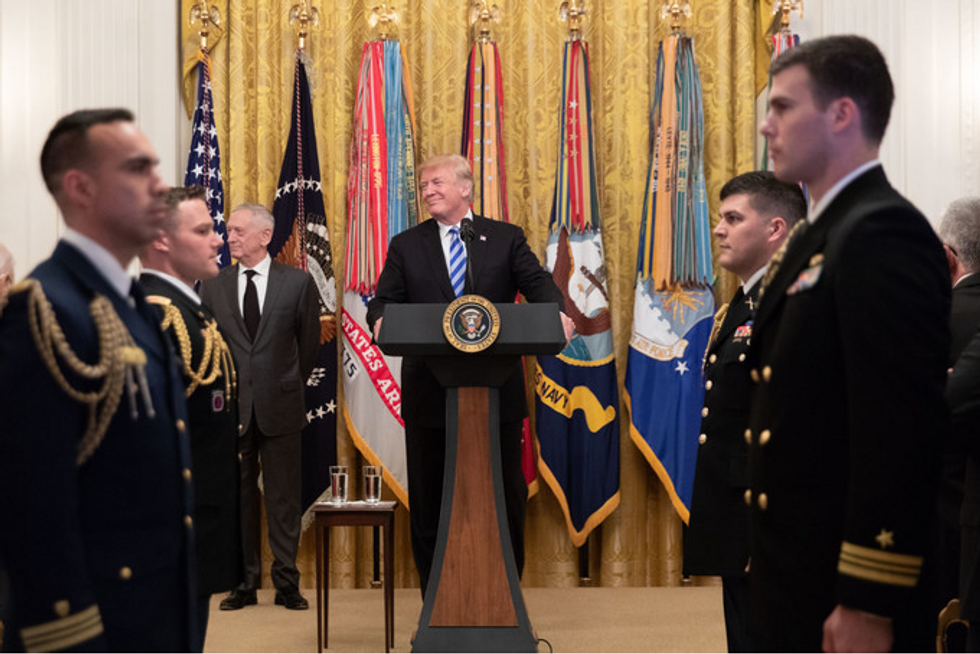 While the nation pays attention to some of the most obviously outrageous things President Donald Trump does — his grotesque behavior, the Muslim ban, the policy of family separations, the neglect of Puerto Rico — some of his most pernicious actions pass by without much discussion.

One of those actions was the rolling back of the Department of Labor's fiduciary rule under Secretary of Alex Acosta. The rule had been initiated under President Barack Obama, but the Trump administration put a stop to it.

Essentially, the rule was designed to require anyone providing financial advising services to be a fiduciary, someone who works in their clients' interests. Without this rule in place, advisers have more leeway to upsell clients on certain financial services that might earn the adviser a hefty commission — even if it's not what would be best for the client.

As a new report in the Wall Street Journal revealed, under Trump, the market for these types of sketchy services is roaring back.

One way to tell is the strong surge in annuity sales, a financial instrument designed to provide payouts for elderly people at the cost of a huge lump sum. While this can be appealing for some seniors, the products often come with hidden fees — not to mention ample payouts for financial advisers who make the sales.

"The boom shows how Washington’s push to roll back financial regulations is giving new life to products that industry watchdogs say aren’t always good for investors," wrote reporters Ben Eisen and Lisa Beilfuss. "The annuities resurrection stems from the demise of the Labor Department’s fiduciary rule, an Obama-era proposal that would have required brokers who oversee retirement savings to act in their clients’ best interests."

“The door has opened for bad brokers to have more free rein with these things,” attorney Michael Lynch told the Journal.

Many people in the market for smart investment opportunities may find themselves buying products that they don't fully understand. And they may mistakenly believe that the financial adviser has their best interests in mind even if, in reality, the adviser is essentially working for someone else.

"The fiduciary rule wouldn’t have prevented all unscrupulous sales practices," the reporters note. "But it could have forced brokers to be more transparent about their commissions and constrained them from putting customers in high-fee annuities if similar low-fee products were available."

Trump campaigned as if he would govern in opposition to these types of practices, "draining the swamp" and fighting against financial titans who exploit the average American. Instead — as was always the predictable outcome — he has ruled as a plutocrat dishing out favors to his friends in the moneyed classes.