'They're Going to Be in Some Trouble': MSNBC Analyst Identifies Two Key Issues Mueller Will Grill Paul Manafort About That May Imperil Trump's Team 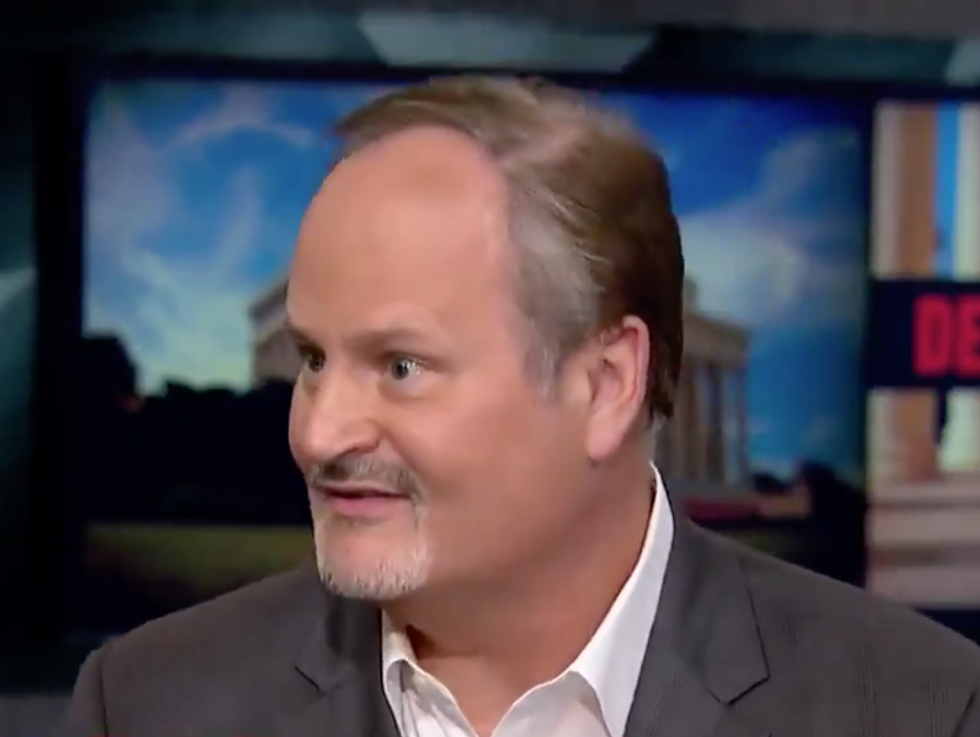 On MSNBC's "Deadline: White House, Republican host Nicolle Wallace asked analyst Tim O'Brien what the legal implications could be for Mueller — and for Trump's team.

"You're here, and I'm glad you're here, because I made a quick list, but I'm sure you can make a longer one, of things that Manafort could tell Mr. Mueller and his team about," said Wallace. "The Trump Tower meeting. The platform change where it became pro-Putin for the first time in GOP platform change history. An offer to brief Deripaska, Russian oligarch. He's pleaded guilty, he's been convicted of, or didn't plead guilty but he's been convicted of eight felonies. How useful do you think Manafort could be to Mueller's team?"

"I think narrowly useful," said O'Brien. "I think there's been a lot of hope from Trump critics that Manafort owns some keys to the kingdom, and unlocking secrets or problems in Trump's past. I think a lot of that probably isn't problematic for the president, but as you've pointed out, there are two very salient things. One is the Trump Tower meeting, because that gets at whether or not in June of 2016, members of Trump's campaign met with people who had kompromat on Hillary Clinton in an effort to tilt voters against her campaign. That gets to things like fraud against the United States, etc, etc, there's real problem there.

"It's the conspiracy," said Wallace.

"It's the conspiracy," agreed O'Brien. "I think the president, on some of the collusion and conspiracy stuff, has less vulnerability than some people have thought, but nonetheless—"

"Do you think it's for the same reason that his friends tell me privately?" cut in Wallace. "That he was too stupid to collude? That's what his friends say."

"I think — I think all of the people on the campaign at that point did not think he was going to get elected, and I think they were reckless to the point of breaking the law, including his son, possibly Don Jr. was involved in that, Trump is going to be protective of him. Don Jr. was the architect of that meeting," said O'Brien.

"I think the second thing, with the policy change on Ukraine, is very significant," he continued. "I think one of the things looming over the mystery of Trump's affection for Vladimir Putin, and Vladimir Putin's desire to play Trump, is were the Russians going to get concrete policy changes out of owning the Trump campaign and the Trump administration in some way? One thing was lifting economic sanctions against Russia. The second thing that was important to Putin was the change in U.S. policies stemming from opposition to his invasion of Ukraine. And, to the extent that Manafort knows about that and knows what people like Michael Flynn, Donald Trump, etc, etc, Jared Kushner, were doing in terms of bargaining and making promises to Russians, during the campaign and during the transition, they're going to be in some trouble around that."

Manafort, who has spent a significant part of his career lobbying for foreign governments and laundering money from wealthy supporters of questionable regimes, was convicted of bank fraud and tax evasion in August. He has since pleaded guilty to additional charges to avoid a second trial that was scheduled to take place in September, in exchange for providing Mueller with information.