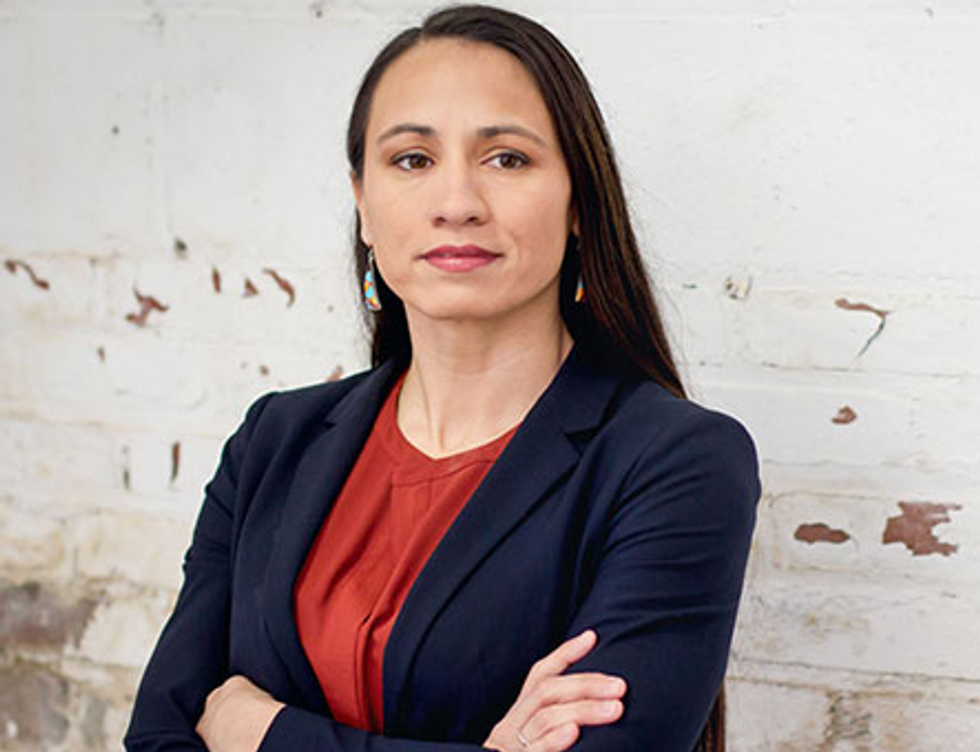 A Republican county official in Kansas has attracted controversy for an inflammatory Facebook message about Democratic congressional candidate Sharice Davids.

Pritchett told the Star that she was "stunned" by the message, while Kansas Republican Party executive director Jim Joice said "we are better than this."

Davids, who is challenging incumbent Rep. Kevin Yoder for Kansas' 3rd Congressional District, is a lawyer and former White House Fellow who has been endorsed by former President Barack Obama. If elected, she would be the first openly gay member of Kansas' congressional delegation, and the first Native American women ever elected to Congress (Deb Haaland, another Native American congressional candidate running for a solid blue seat in New Mexico, would tie her for the honor). She is running on a platform that includes expanding access to health care and quality education, enacting tougher gun laws and comprehensive immigration reform, and addressing climate change.

Yoder, who votes with President Donald Trump 92 percent of the time, is one of the GOP's most vulnerable House incumbents. Recent polls show him trailing Davids by 6 to 8 points, and Davids has more than doubled Yoder's fundraising. The National Republican Congressional Committee (NRCC) recently canceled an ad buy in support of Yoder, a potential sign that they feat his seat is already lost.

As Kawny's rant shows, many Republicans are hopeful that the bitter Brett Kavanaugh Supreme Court confirmation fight will energize Republican voters going into the midterms. But recent polls suggest that, in the House at least, this is not materializing; the latest CNN survey shows Democrats leading 13 points on the generic congressional ballot, and 30 points with likely women voters.