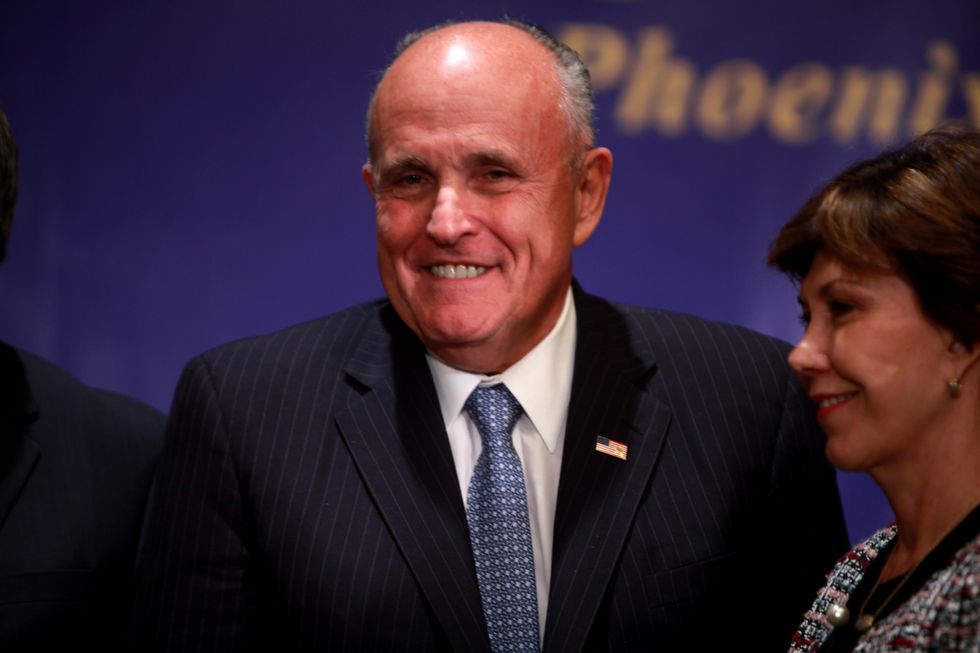 Rudy Giuliani has had many identities in his time on the public stage. A crusading federal prosecutor who struck terror in mobsters and Wall Street titans alike. A sometimes-cantankerous New York City mayor who became a national hero for his stirring leadership after the 9/11 attacks. And, currently, President Donald Trump’s unpaid attorney in the Russia collusion investigation being led by Robert Mueller.

In this week’s episode of “Trump, Inc.,” we’re digging into a part of Giuliani’s work that has occurred largely outside of the spotlight: He has often traveled to Russia or other former Soviet states as guests of powerful players there. And since Trump was elected, he appears to have stepped up the frequency of those trips.

Just last week, for example, Giuliani appeared in the former Soviet republic of Armenia, which has close trade ties with Russia. He was invited, according to local press accounts, by Ara Abramyan, an Armenian businessman who lives in Russia. Abramyan once helped reconstruct the Kremlin and also received a medal for “merit to the fatherland” from President Vladimir Putin of Russia. Giuliani said he was in Armenia as a private citizen, but on a local TV news show, Abramyan implied that he expected Giuliani to carry a message for him to Trump. (The conversation was in Armenian, so it’s not clear whether Giuliani understood what Abramyan was saying.)

While in Armenia, Giuliani also attended a technology conference (one of his businesses advises on cybersecurity). The conference program listed him as appearing on a panel that also included a Russian currently on the U.S. sanctions list imposed after Russia’s invasion of Crimea.

There are many things we don’t know about Giuliani’s trips. We don’t know whether he’s being paid, and if so by whom. Giuliani declined to answer our questions.

One thing we do know is that a company called TriGlobal Strategic Ventures claims credit for organizing the trips. Abramyan is on TriGlobal’s board, as is a former Russian government minister. TriGlobal and Abramyan also did not respond to our questions.

Giuliani’s work abroad does not appear to break any laws or rules. But it also appears to be unprecedented. Said Barbara McQuade, a former U.S. attorney and a law professor at the University of Michigan: “I don’t recall seeing anything like this before.”

Do you know something about Giuliani’s work abroad? We want to hear from you.

And finally, you can use the postal service:

"Trump, Inc.” is a production of WNYC Studios and ProPublica. Support our work by visiting donate.propublica.org or by becoming a supporting member of WNYC. Subscribe here or wherever you get your podcasts.