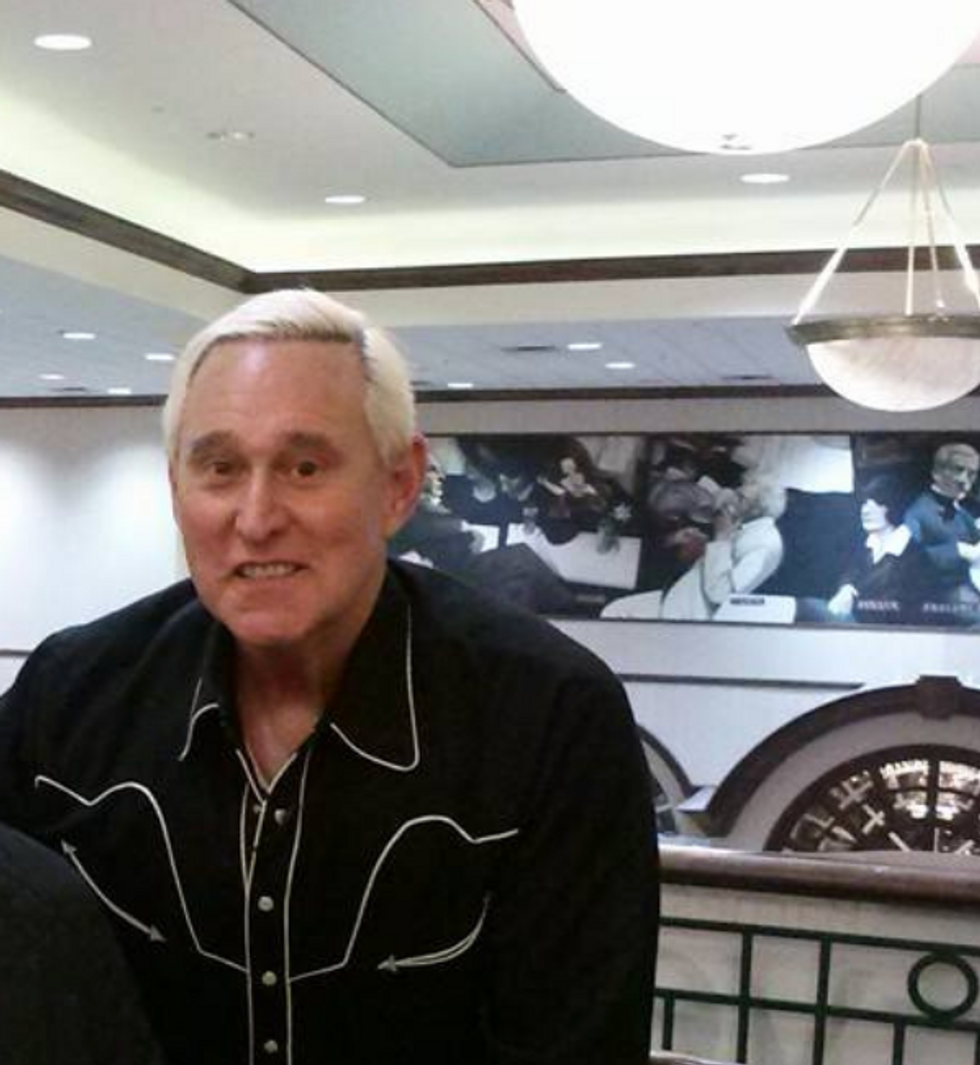 One of the members of President Donald Trump's inner campaign circle who has thus far avoided criminal charges is Roger Stone, a longtime Republican operative going back to the Nixon years who worked on getting Trump elected in 2016.

But that does not mean he isn't a focus of special counsel Robert Mueller's attention. Indeed, per the Washington Post, Mueller's team has aggressively pursued Stone's possible ties to WikiLeaks, and his seeming advance knowledge of Democratic information stolen by Russian hackers and funneled through the site.

Stone recently boasted that even if Mueller indicts him, he will not reveal the dirt he has on the president. "I will never roll on Donald Trump," he said in a speech to the Florida-based Trump Club 45.

But according to the Post, Stone is now apparently backpedaling from this language — as it only now seems to have occurred to him that to "never roll" on the president would imply he in fact had damaging info on the president he could betray in the first place.

"The special counsel pokes into every aspect of my social, family, personal, business and political life, seeking something — anything — he can use to pressure me, to silence me and to try to induce me to testify against my friend Donald Trump," said Stone said in a video asking for contributions. "This I will not do. When I say I won't roll on the president, what I mean is I will not be forced to make up lies to bring him down."

This walkback is one of many times Stone has changed his story. Stone originally claimed to have a "backchannel" with WikiLeaks through New York comedian Randy Credico, something he now claims was just an exaggeration. He very clearly seemed to have advance knowledge of WikiLeaks' dump of the Podesta emails, writing on Twitter in August 2016 that it would soon be Hillary Clinton's campaign chairman's "time in the barrel," but now claims that his contacts with WikiLeaks and Guccifer 2.0 — a hacker now linked to the Russian military — were inconsequential.

The special counsel is reportedly now looking into whether Stone used other middlemen to coordinate with WikiLeaks, including far-right conspiracy theorist and Birther Jerome Corsi. WikiLeaks, for their part, deny having any contact with Stone — but a grand jury in D.C. is still weighing how to proceed in the matter.