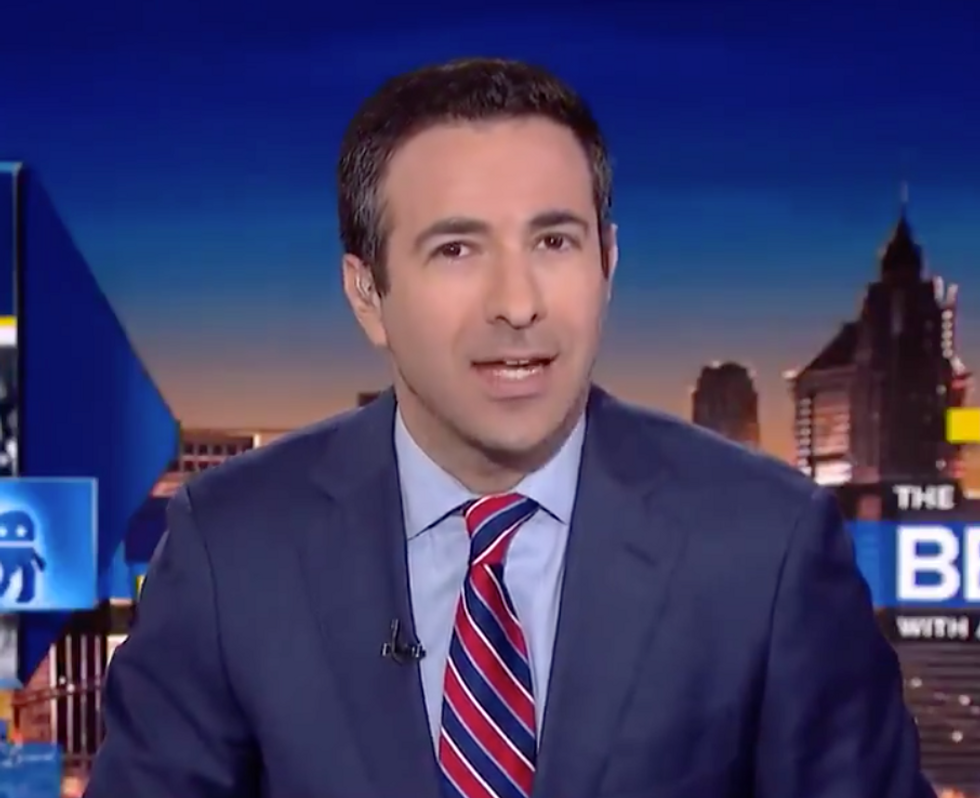 President Donald Trump is throwing everything he can against the wall in the runup to the 2018 midterm elections in an attempt to see what will stick — a key sign that he's growing desperate with Democrats appearing likely to take the House of Representatives.

But as MSNBC Host Ari Melber argued Tuesday on his show "The Beat," Trump himself is likely one of the party's biggest liabilities — and he seems to know it.

"If Donald Trump is such campaign asset — if his closing instincts are so good! — surely he and the GOP are deploying him in those key districts, right?" Melber said. "Wrong. And this is one of the largest signs of the political weakness for Trump right now. Yes, he's campaigning and insulting and shouting, but he's doing all of it at a huge distance away from these key districts."

He noted that Trump has been going to solidly Republican districts that he won handily in 2016. He's been avoiding all the battleground districts where Republican lawmakers are most at risk, which is where the fight for control of the House will be fought.

"So he's actually sticking to defending red states, where he retains support, not taking his message to those swing districts, let alone going on offense to win back any blue districts," Melber said.

There is one advantage to Trump's strategy, and that's in keeping the Senate. The Senate races are all about turnout in the key states where Republicans are vulnerable, and by going to districts where his support is strong, he may be able to rally his supporters to back the Republicans who need the help. Most projections give Republicans a strong likelihood of holding control of the Senate, largely because of the structural advantages the party wields this year.

But this really just underlines Melber's point. It seems Trump, at least strategically, has already given up on having any ability to save at-risk House Republicans. If they're going to win — which seems less and less likely — they'll need Trump to stay far away. Watch the clip below: