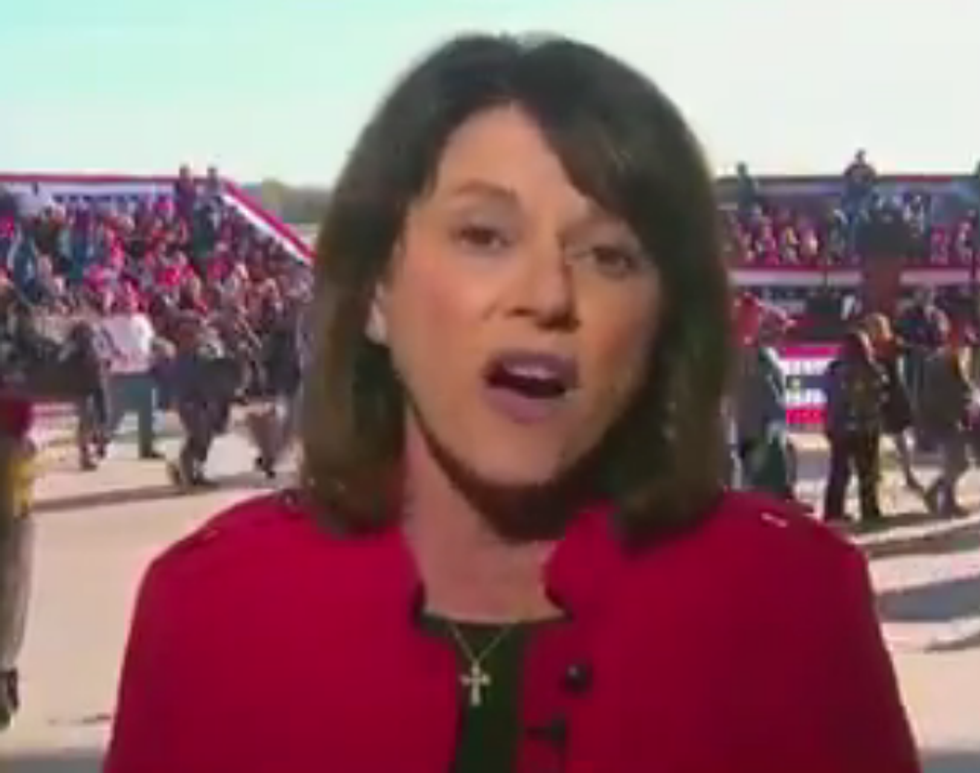 We still do not know the identity of the person who sent a series of explosive devices to George Soros, Hillary Clinton, Barack Obama, and the New York offices of CNN.

However, the Republican Senate candidate in Wisconsin, Leah Vukmir, already thinks she knows who is responsible: Democratic Sen. Tammy Baldwin.

"I think it's wrong to blame it on the White House," said Vukmir on Fox News, pushing back on CNN chairman Jeff Zucker's criticism of President Donald Trump's rhetoric. "The people who have ben dividing have been the extreme left, and Senator Baldwin has been happy to be a part of that."

"We watched this happen in Wisconsin in 2011, and what we are seeing in Washington, this resist movement, this obstruct movement, is exactly what we went through," she continued, "and people went too far, and there was a backlash, and we here in Wisconsin are seeing it happen all over again, disrupting people while they're having dinner. It's ridiculous, it's across the line, and people just want us to get the work done. And I put this all on the extreme left. Tammy Baldwin is a part of that."

.@LeahVukmir reacts to bombs sent to prominent Democrats by attacking purportedly 'uncivil' Dems: "It's wrong to blame it on the White House. The people that have been dividing are the extreme left. Sen. Baldwin is happy to be a part of that... I put this all on the extreme left" pic.twitter.com/d6KiP6Q2jH

Comparing a targeted attempt to assassinate Democratic officials with the 2011 peaceful protests against anti-union legislation in Wisconsin, or with protestors criticizing Republican politicians while they are dining out, is recklessly dishonest and irresponsible. Especially considering that Vukmir didn't actually name any way Baldwin is involved with any of these things.

Vukmir, a Wisconsin state senator and former chairman of the infamous corporate state legislative bill mill ALEC, has previously sought to portray her opponents as violent extremists, even going so far as to record a dramatized death threat against herself into a campaign ad. But Vukmir is not exactly lifting the discourse herself — after Baldwin refused to commit to voting to confirm Trump's controversial pro-torture CIA director Gina Haspel, Vukmir put out a press release depicting herself and Haspel facing down Baldwin and 9/11 mastermind Khalid Sheikh Mohammed, above the words "TEAM AMERICA vs. TEAM TERRORISTS."

Wisconsin is one of ten states which voted for President Donald Trump where an incumbent Democratic senator is seeking re-election, but Vukmir's campaign has not really managed to gain a toehold. Recent polls show Baldwin leading by anywhere from 8 to 14 points.