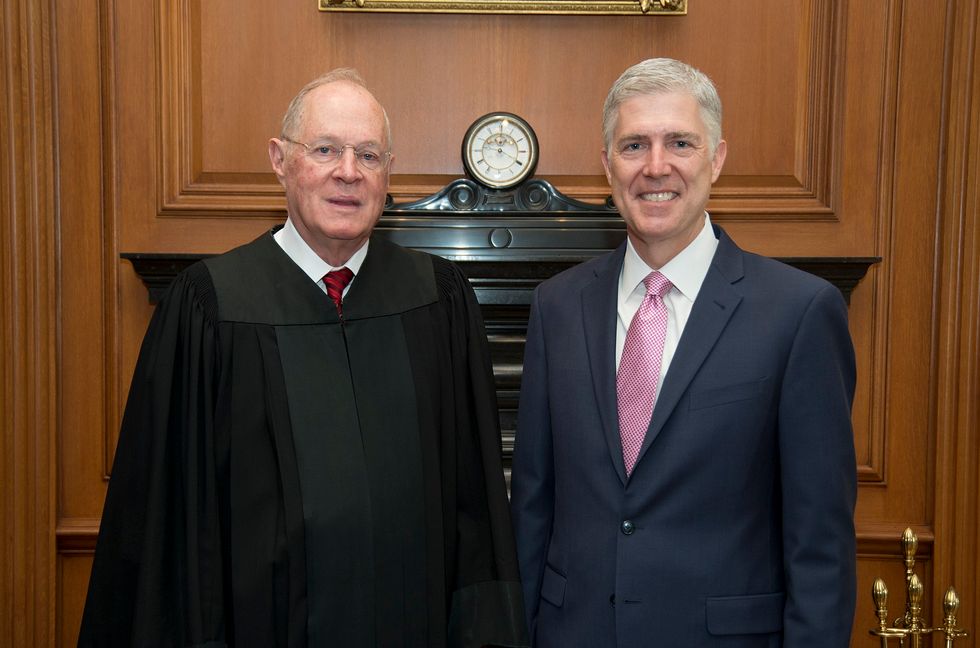 Judge Brett M. Kavanaugh has turned out to be the most controversial, divisive and unpopular Supreme Court nominee since Judge Robert Bork in 1987. According to recent polls, the number of Americans who support his confirmation ranges from 34% (NBC News/Wall Street Journal) to 39% (Gallup). But despite Kavanaugh’s unpopularity—and despite the fact that at least three women have accused him of sexual abuse—President Donald Trump isn’t about to withdraw the nomination. Trump and Senate Majority Leader Mitch McConnell are determined to see Kavanaugh’s confirmation rammed through as quickly as possible. And the fact that Kavanaugh, now 53, could still be sitting on the Supreme Court 30 or 35 years from now begs the question: should Supreme Court justices be subject to term limits?

The U.S. government, for the most part, has excellent checks and balances at the federal, state and local levels. Presidents are limited to two terms, and governors, U.S. or state senators, mayors and city council members can be voted out of office. But Supreme Court appointments are lifetime appointments. So even if Democrats were to regain the Senate and the House of Representatives in the 2018 midterms and Trump were to be voted out of office in the 2020 presidential election, Kavanaugh’s impact could last for decades.

After Justice Anthony Kennedy announced his retirement earlier this year, journalist Lee Drutman (author of 2015’s “The Business of America Is Lobbying”) called for Supreme Court term limits in a Vox.com article. Drutman isn’t the only one who feels that way, and the idea might be slightly more popular among conservatives and libertarians than it is among liberals and progressives.

According to a 2017 Reuters/Ipsos poll, ten-year term limits for Supreme Court justices are favored by 66% of Democrats and 74% of Republicans. Among Americans who identify with the far-right Tea Party, 80% favored term limits in that poll.

Kentucky Sen. Rand Paul, former Texas Gov. Rick Perry and Arkansas Gov. Mike Huckabee are among the right-wing Republicans who have voiced their support for Supreme Court term limits. In 2015, Huckabee asserted, “Nobody should be in an unelected position for life. If the president who appoints them can only serve eight years, the person they appoint should never serve 40. That has never made sense to me; it defies that sense of public service.”

In many other democracies, Supreme Court justices are subject to either term limits or mandatory retirement ages. Uruguay, for example, has ten-year terms for justices, who are appointed by the president in a conference with the general assembly.

This means that Kavanaugh, who is now 53, could spend a maximum of 17 years on the High Court in Australia, Brazil, Norway or Chile. In those countries, Supreme Court appointments are literally “lifetime appointments,” but more like long-term appointments.

Appointments for Supreme Court justices are permanent in Sweden, but subject to a probationary period. And in South Korea, the retirement age for the chief justice of the Supreme Court is 70—whereas the Court’s other justices must retire at 65.

In Malta, judges for the Court of Appeal and the Constitutional Court are appointed by the president, usually with the prime minister’s input. And their mandatory retirement age is 65. That would give Kavanaugh 12 years to serve in Malta.

These days, Supreme Court justices are spending more time on the Supreme Court than they did in the past. This is due to two factors: Americans are generally living longer, and presidents have been appointing younger justices. Samuel Alito, Sonia Sotomayor, Elena Kagan and Chief Justice John Roberts were all under 55 when they were appointed to the U.S. Supreme Court. And both of President Trump’s nominees so far—first Justice Neil Gorsuch, now Kavanaugh—have been Generation X-ers. Trump has no interest in appointing Baby Boomers, as his goal is to pack the High Court with far-right social conservatives for decades to come.

Imposing term limits on Supreme Court justices in the U.S. would require changing the Constitution, which imposes no limits on how long they can serve. The oldest Supreme Court justice in U.S. history was Oliver Wendall Holmes, who was nominated by President Teddy Roosevelt in 1902 and was 90 when he retired from the Court in 1932.

If Kavanaugh is confirmed and lives as long as Holmes, he would still be on the Court 37 years from now in 2055. And given all the misery he could cause along the way, Supreme Court term limits are making a lot of sense.