It's the Oil, Stupid: Here Are the Lessons We’re Missing from Jamal Khashoggi’s Murder 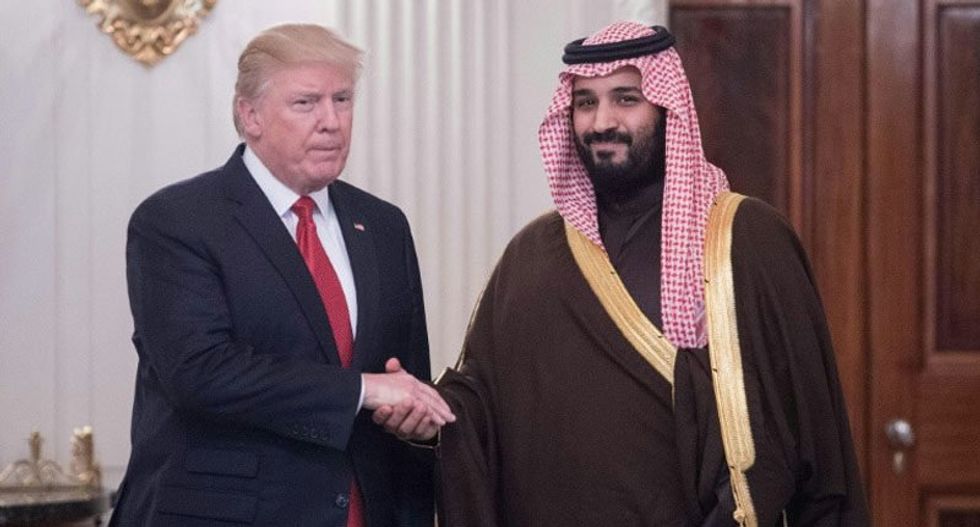 We’re not connecting the dots. We ought to be holding our breath – the fallout from the assassination of Jamal Khashoggi could easily have plunged the world into economic chaos. Even if we slide through this time, the pattern is clear – a world which cannot survive even a temporary  disruption of Saudi Arabia’s desire or capacity to pump 10 million barrels of oil every day is a world at risk.

Whatever they say, it’s about oil

If Crown Prince Mohammed bin Salman (MBS) weathers the storm, but the U.S. levies strong sanctions against the Saudi kingdom, will MBS retaliate by cutting his oil production, spiking prices and accelerating the heavy burden oil is already putting on global prosperity? (The Saudis have threatened to do exactly that for the first time 40 years.) If there are no sanctions, and MBS feels empowered to continue cracking down on dissent and diversity, how long is it before the restless Shiites of eastern Saudi Arabia rise in potentially explosive disturbances right in the heart of the kingdom’s oil fields? If there are sanctions, and their impact is to weaken MBS, who fills the gap in leadership?

As Saudi Arabia becomes a more uncertain partner, do major importers like China, India and Europe find the prospect of squeezing Iran out of global oil markets steadily scarier? Does Russia shift strategies and align itself with Shia petro-states, who, after all, share Russia’s strategic alliance with Bashar al-Assad’s Syria?  Does MBS try to use the oil weapon surgically against Turkey alone?

Even without this disruption, for countries like India and Turkey oil is already more expensive, in local currencies, than in 2008. Those prices are crushing growth. Add even another $40 to the price of a barrel and their economies could stall completely – dragging  China down with them. (Al-Arabiya, the Saudi-owned television network, darkly talked of prices doubling, even rising to $200 a barrel.)

Most media coverage pooh-poohs this risk. The Financial Times dismissed the idea of the Saudis using their oil weapon because it would hurt them more than the U.S. – which is true. But as the Persian Gulf destabilizes, rational calculations lose their leverage.

Short-term the world can, effectively, only hold its breath. President Trump has only bad choices – along with a unique gift for choosing the worst in that situation.

Longer term, if we do slide past the current rapids, there is a solution. Embracing the rapid electrification of transportation, and replacing oil still used in the power sector, will slash both dependence on oil and the price paid for the crude we still use. The difference between the ambitious 20 percent share of vehicle miles that ABI expects to be electrified by 2030 and the modest 3 percent that OPEC recently forecast is a demand drop of 7.5 million barrels a day, equivalent to three-quarters of Saudi Arabia’s entire production. Add residual and inefficient use of oil to generate power and you could replace the kingdom’s entire production.

The world can do without Saudi oil – but only once it gets serious about electrifying transportation. The risk of Saudi instability should drive policymakers forward.

It’s heartening and symbolic that only a few days after Khashoggi’s brutal murder, the European Union, over vigorous opposition from EU automakers, voted to require a 35 percent reduction in oil consumption by trucks, only a week after setting a similar high bar for light-duty vehicles.

On the other hand, the Trump administration wants to double down on oil dependence, discouraging improvements in the efficiency of the U.S. auto fleet and its electrification.

But even in Europe, where regulators are moving towards a safer world that is less dependent on oil, the auto manufacturers still resist. Volkswagen’s CEO, Herbert Diess, two weeks after Khashoggi’s death, told German automakers that they were under political assault, unprepared to make the transition to electric vehicles. He said the chances were about 50/50 "that the German car industry will remain at the pinnacle of the world in 10 years.”

Diess might be right, but not because of overly aggressive regulations. The real problem is that the auto industry cannot shake itself loose of reliance on a fuel whose price might double in the next five years, and whose customers could abruptly turn their backs on it.

What’s needed is for oil-importing nations -- the U.S., the EU, China, Japan and India -- to systematically identify and remedy the barriers to their moving beyond oil, as the EU did when it launched a major effort to keep it competitive in battery technology. India and China should activate, and elevate, their counter-OPEC “oil buyer’s club.”

After 50 years of letting the Pentagon and oil multinationals try to guarantee reliable, affordable gasoline and diesel in the face of the Persian Gulf's dominance of cheap crude, it’s clear that the costs of a rapid transition to electric transportation and renewable power is a much cheaper – and safer – deal.

We’ve seen this play before

At the heart of this challenge is a sober truth: We have seen this play before, and it doesn’t end well. MBS is not the first aggressive young reformer to take the helm of a Middle Eastern petro-giant. He’s not the first to promise “reform” paired with stability, keeping religious extremists and minority populations solidly repressed, all accompanied by vitriolic anti-Israeli rhetoric.  The U.S. allied itself once before with a Sunni strongman who persuaded Washington that his autocratic tendencies were compensated for by his military confrontation of the Iranian revolution and its Shia allies. U.S. intelligence support for MBS in Yemen mirrors its collaboration with an earlier “reformist” assault on the ayatollahs – and both resulted in military misadventures that violated international law and destabilized the region.

MBS offers the same package that was on offer in Iraq in 1979, from a 42-year-old military officer who supplanted an unstable and corrupt governing petro-elite to seize power for himself in the name of reform.

His name was Saddam Hussein.

And the question we face is whether, as George Santayana famously phrased it, having forgotten the past, we are condemned to repeat it.