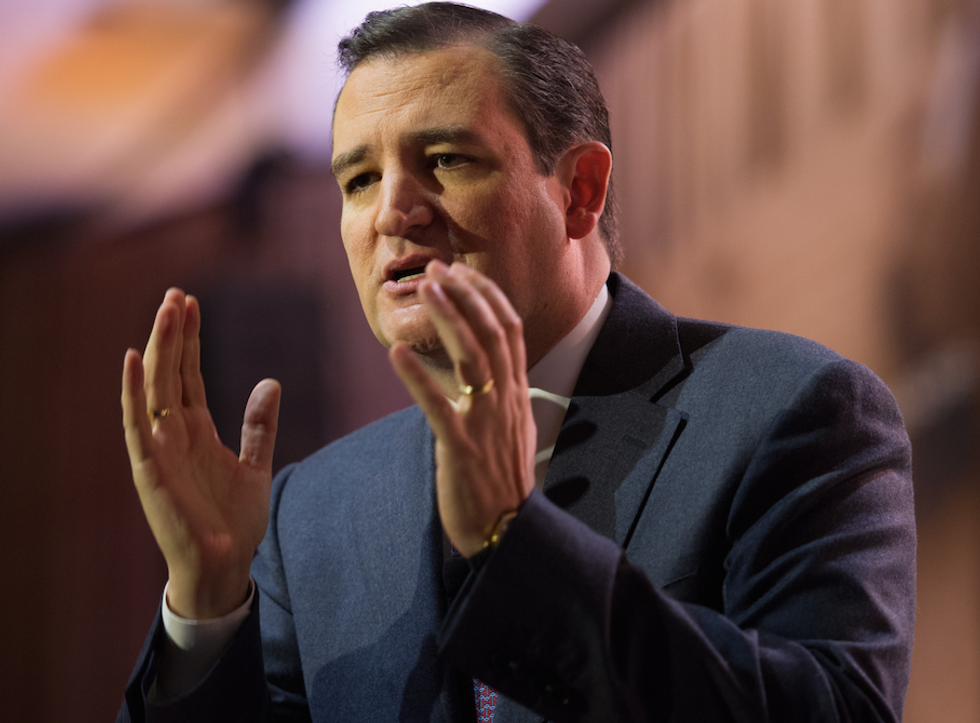 I hear that the angry mob is on the march getting ready to take to the streets and destroy everything that God-fearing Real Americans care about. Again. This latest iteration of the perennial right-wing fear-mongering began when survivors and women's rights activists came to Washington to protest the confirmation of Justice Brett Kavanaugh. These frightening revolutionaries scared the bejesus out of Republicans and they haven't been able to get a good night's sleep ever since.

President Trump has taken the lead in bravely defending the good people of our nation against these vicious street fighters, telling rally-goers in each of his many such events in the past week:

You don’t hand matches to an arsonist, and you don’t give power to an angry, left-wing mob. And that’s what the Democrats have become.

That was a scripted line, obviously. Trump could never come up with such a literary phrase. His own words are a bit more pungent: “The Dims have gone wacko!”

He pulls out the "law and order" card frequently, claiming the loyalty of all police, casting them in opposition to Democrats. To a cheering group of law enforcement officers at the White House back in August, the president of the United States said, "[W]e have a little opposition called, the Democrats. I guess they just don't mind crime. They don't mind crime. It's pretty sad. ... The Democrat Party is held hostage by the so-called resistance, left-wing haters and angry mobs." Then he called himself their proud commander in chief, showing that he believes he commands the police as well as the military, which isn't true.

From the moment Trump was inaugurated and the Women's March was held in numerous cities the following day, the propaganda arm of the GOP has been pushing the idea that people protesting Trump's presidency are violent. The NRA was first out of the gate with a series it called "the clenched fist of truth," warning their members that the left-wing mob was coming for them:

The only way to save our country is to fight the leftist #MSM's violence of lies with the clenched fist of truth. via @DLoesch#NRA. pic.twitter.com/5xMsdpE9Cc

Today, Trump's loyal soldiers have lined up behind him to wring their hands and clutch their pearls over the nasty women who stormed the halls of the Senate to yell at men in elevators. They've never been more frightened in their lives. David French of National Review has written that "it's time to stop excusing, rationalizing, and minimizing behavior that is dangerous, menacing, and threatening," by which he apparently means people being rude to Republicans in restaurants.

None of them seemed to have been concerned about the storming of town halls back in 2010, which came with written instructions from Tea Party organizers to "Artificially Inflate Your Numbers," "Be Disruptive Early and Often" and "Try to 'Rattle Him,' Not Have an Intelligent Debate."

The conservative protest model was very dignified and respectful:

As for descending on the capitol to take the protest to the elected officials, here's how it's handled by respectable people.

The Tea Party protests against the Affordable Care Act were certainly aggressive, sometimes dangerous and always inexplicable. (Why people were so overwrought that the government was trying to make health care available to more people is something for future psychiatrists to figure out.)

Anyone who has observed the Donald Trump phenomenon knows that he has a history of inciting his followers to potential violence. Recall that during the campaign at various times he responded to protesters with remarks like, “I’d like to punch him in the face," "maybe he should have been roughed up," "part of the problem is no one wants to hurt each other anymore" and "if you do (hurt him), I’ll defend you in court, don’t worry about it.” His reference to the Charlottesville white supremacists as "very fine people" will go down as one of the more disturbing comments made by any president in American history.

Trump's rally-goers still commonly launch into chants of "lock her up" at the mere mention of Hillary Clinton and, more recently, Dianne Feinstein. Perhaps some people think that crowds calling for the jailing of political opponents is all in good fun. But it's chilling for the president of the United States to stand smiling and nodding above them as they do it.

This current chest-beating about "the angry left-wing mob" may morph into something more threatening as we move into the presidential campaign next year and Trump and his followers start to feel the heat of possible defeat. The NRA certainly seems prepared to take it to the next level. Sure, the Republicans hope to keep their base riled up by pretending that the "angry mob" of women in pink hats and protesters embarrassing Republican officials in public presents a threat to the nation. But Trump voting right-wingers are not actually afraid. They're playing the victim to own the libs.

Republican officials are using this "angry mob" rhetoric for a specific purpose: They're trying to get Democratic lawmakers to feel uncomfortable and distance themselves from their most passionate supporters, in hopes that that will suppress the midterm vote. Handwringing conservative pundits are trying to make liberals in the media condemn the protesters and put them on the defensive. They want to make the Democrats condemn their own voters. So far, it's not working.

Protests, even violent ones, are nothing new in America. Trump copped his "I am the candidate of law and order" from Richard Nixon, who basically stole it from George Wallace during an era of political assassinations, urban riots and massive civil rights and anti-war protests. There are plenty of examples of similar political and social upheavals in our past, including a bloody civil war. The "polarization" we are experiencing in our politics is hardly unprecedented.

Considering how outrageous the president of the United States has become and how supine and accommodating the Republicans in Congress have been, these first two years of the Trump administration have been remarkably serene. That's because the supposedly dangerous "Resistance" has actually been feverishly organizing on the ground all over the country to recruit candidates and run campaigns to send Republicans packing. The "angry left-wing mob" isn't running wild in the streets -- it's running for office. That's what's got Republicans shaking in their boots.