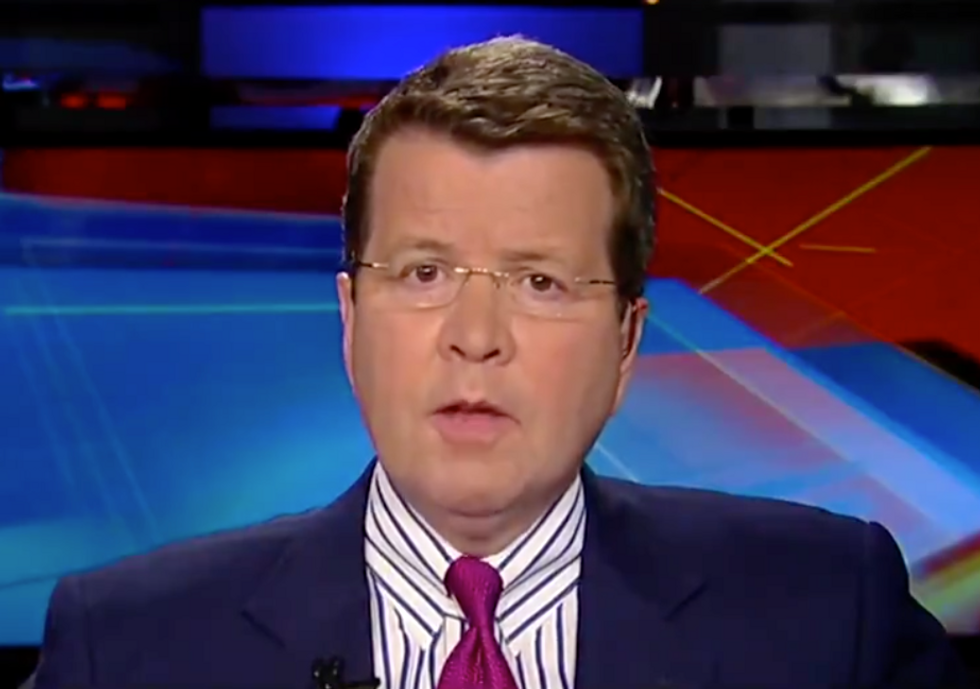 When major damaging news break about President Donald Trump — as it often does — nearly every mainstream news station drops whatever it was working on to cover the latest bombshell.

The biggest exception to that pattern, of course, is Fox News, which ignores or plays down many stunning stories about the president. And when the New York Times published a devastatingly detailed story Tuesday documenting the reported "scams" and "outright fraud" Trump used to acquire a massive inheritance from his parents, Fox News was predictably unimpressed.

"We are looking into this New York Times report, by the way, that is out accusing the president of engaging in a little bit of creative accounting, tax schemes that were apparently passed on by the IRS without much of a dustup," said host Neil Cavuto. "But they're going back many, many decades here. I've had a chance to read the entire article. I don't know if there's much of a there there, outside of the fact that the president benefited from having a rich father and a good marketing skill."

Even considering Fox News' attitude toward Trump news, it was a galling effort to dismiss the report.

Cavuto neglects to inform viewers that some of the "creative accounting" was considered outright fraud by experts the Times consulted. It's true that the statute of limitations on any such crimes has presumably passed, but that's hardly a reason to dismiss it as a story.

The story also completely obliterates the image of himself that Trump ran on — that he was a self-made man who only received a $1 million loan from his father. Instead, the reporters found that Trump received more than $400 million from his father over the years and used devious schemes to increase that sum. The report even says that the Trump's created a fake company to funnel money to the children, and used that company's fake expenditures to increase rents on tenants.

And the report even more newsworthy — and indeed, suspicious — because Trump famously broke his promise to release his tax returns ahead of the election. What else could be lurking out there that has yet to be exposed?