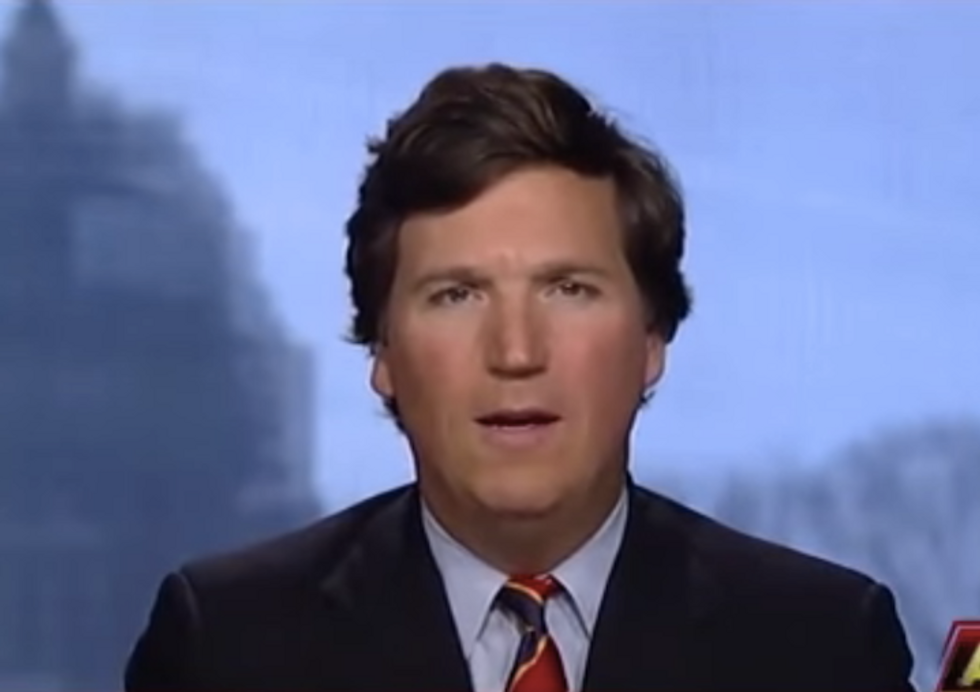 Fox News pundits have been defending President Donald Trump amidst growing criticism of his approach to Saudi Arabia after it was revealed that officials from that government had played a role in the death of Washington Post reporter Jamal Khashoggi.

"The whole game is people who have no basis for moral superiority sort of impose their moral superiority on you. The outrage is so false," Fox News host Tucker Carlson said on Saturday at the Politicon conference, according to The Hollywood Reporter. He opined that liberal critics of Trump's response to the controversy were ginning up their outrage in order to score political points.

"They use that to bully you into submission. It's a game. Don't play along," Carlson told the audience. He later added, "Just stop lecturing me. You don't care enough about Khashoggi!"

The Fox News host made it clear that he was not defending the Saudi royal family, whose regime he characterized as "a primitive evil theocracy in the desert." Carlson argued that "the Saudis, and I don't mean this as a compliment, are acting entirely in character with their character. That's what they do."

On Saturday, Fox News host Neil Cavuto interviewed economic analyst and contributor Jonas Max Ferris to discuss how Saudi Arabia's investments in various sectors of the American economy, as well as its massive petroleum industry, complicated the nature of how Trump should respond to Khashoggi's death. As SplinterNews reported:

“They’re turning their oil revenues slowly into an investment fund that keeps Silicon Valley, it’s one of the major sources for that,” Ferris said.

“And we want to be part of that,” Cavuto chimed in.

“Of course we do, which is why in some ways the president’s not being diplomatic, which is possibly good. At the end of the day investors know Saudi Arabia isn’t really the enemy,” Ferris said.

He added (emphasis mine): “Saudi Arabia is one of the safest places to be a journalist in the world, believe it or not.”

On his Fox News show the night before, Carlson was even more dismissive of the concern over Kashoggi's treatment.

"[S]pare us the theatrics now. This is a stunt," he insisted.

On Monday Fox News also posted an excerpt from an upcoming book by British political commentator Steve Hilton offering Trump advice on how he could hold Saudi Arabia accountable:

...there's a way for President Trump to deliver the severe punishment he's promised without risking our economy or our security. In fact, it could make us all safer…

Since the ‘70s the Saudis have been the main funders of radical Islam, based on their own extreme and medieval interpretation of Islam known as Wahhabism.

So, here's an idea, Mr. President: The Saudis are desperate to get back in your good books. Well, make them pay for the privilege.

Make them pay reparations for their role in radical Islam.

Make them pay for a new global network of moderate mosques and Islamic centers so that there's an alternative to the extremists and the preachers of hate.

Now that really would be the art of the deal.