FBI Is Ignoring Over 40 People With Information on Kavanaugh or His Accusers: Report 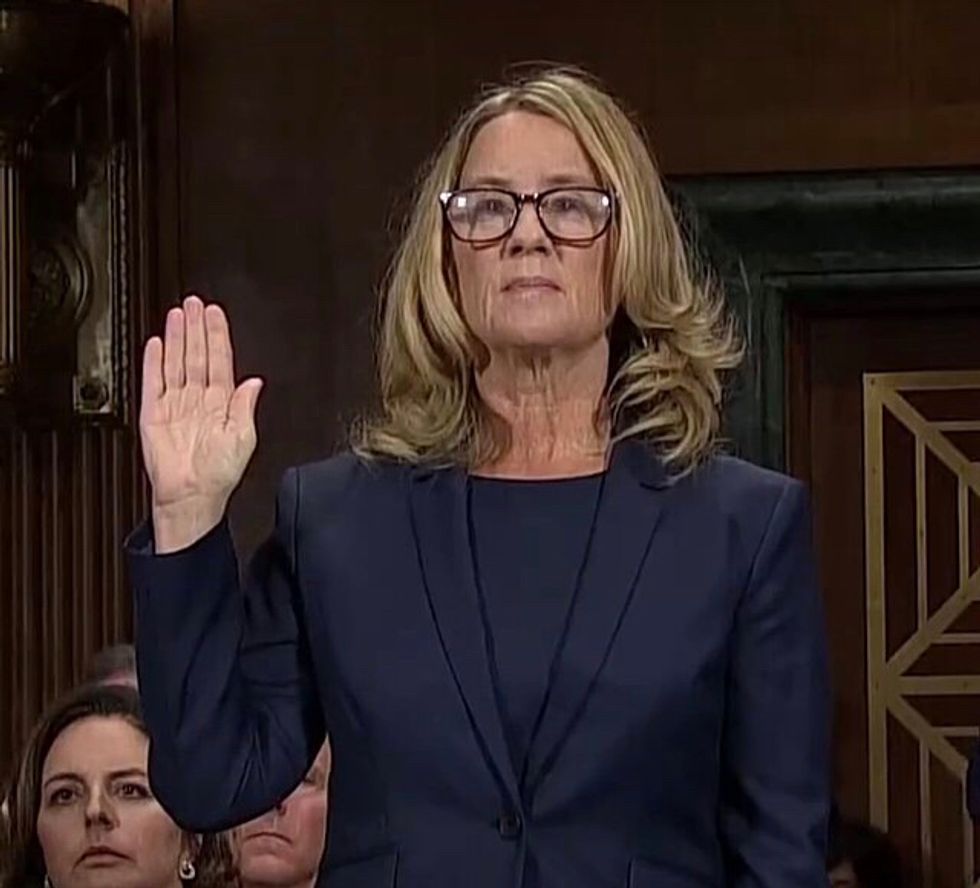 A new report from NBC suggests that even as rumors hold the FBI's probe into the sexual assault allegations against Supreme Court nominee Brett Kavanaugh will conclude on Wednesday, over 40 people who either have information or want to act as character witnesses for Kavanaugh or his accusers have not been contacted after requesting interviews with the agency.

The bureau is expected to wrap up its expanded background investigation as early as Wednesday into two allegations against Kavanaugh — one from Christine Blasey Ford and the other from Deborah Ramirez.

But sources close to the investigation, as well as a number of people who know those involved, say the FBI has not contacted dozens of potential corroborators or character witnesses.

More than 20 individuals who know either Kavanaugh or Ramirez, who has accused the nominee of exposing himself to her while the two attended Yale University, have not heard from the FBI despite attempts to contact investigators, including Kavanaugh's roommate at the time and a former close Ramirez friend.

Ramirez's attorney, John Clune, tweeted Tuesday that the FBI "is not conducting — or not being permitted to conduct — a serious investigation." Clune added, "we are not aware of the FBI affirmatively reaching out to any of those witnesses."

Even Ford herself has not been approached by investigators, with her attorneys expressing frustration in a letter submitted Tuesday to FBI director Christopher Wray and general counsel Dana Boente.

The FBI investigation, ordered by President Donald Trump on Friday after public outcry, sparked controversy from the start with its extremely limited scope. Investigators were reportedly ordered to finish by Friday, to stick to a list of four approved witnesses to interview, and to not investigate critical aspects of the testimony that could either bolster the accusers, including Kavanaugh's drinking and the question of whether he lied to the Senate.

After Trump initially denied these limits even existed, the White House eventually softened on the restricted interview list, telling the FBI to interview whoever is necessary. But the other restrictions remain — and the mounting number of people who say the FBI has not followed up on their disclosures casts doubt on how seriously the matter is being taken.

It remains unclear what, if anything, the Senate will release from the final report when the FBI has finished.