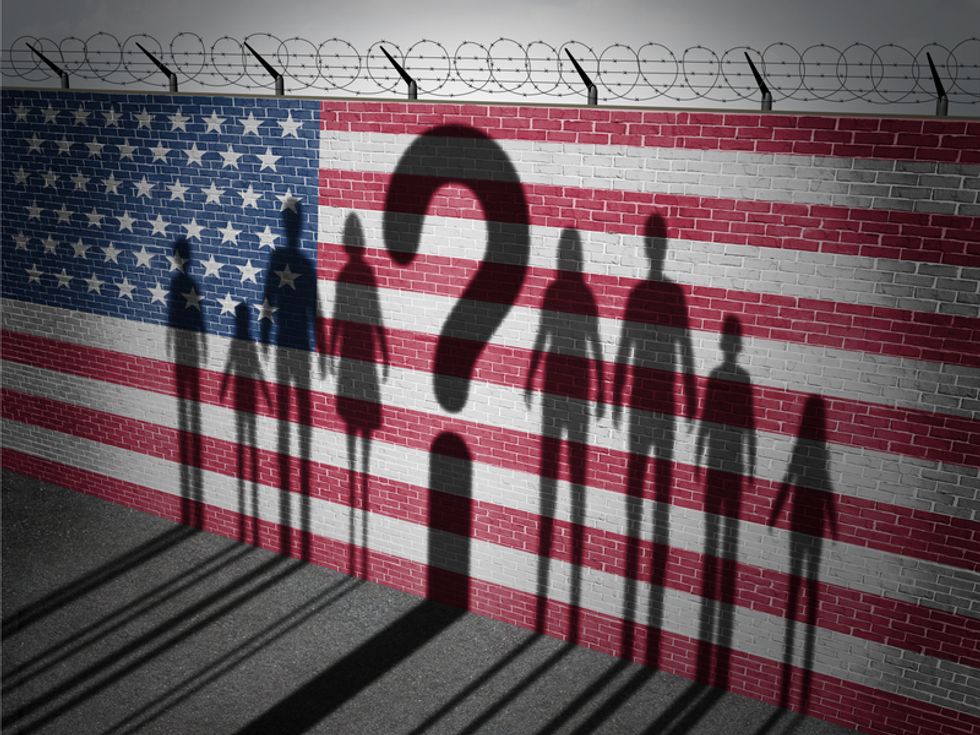 Globalization presents a fundamental dilemma for the Democratic Party: Do you get to greater economic fairness by more redistribution in a globalized, financialized/IP-dominated economy, thus accepting open borders and innovation-led growth—or by rebuilding the profitable productive economy to increase domestic incomes and wages, thus embracing a robust industrial and trade policy to reshape global supply chains and to build productive enterprises? The problem if the party accepts the latter is that it moves it closer to Trump’s policy turf, with a wide range of mostly negative long-term consequences.

“The bold supranational initiatives of globalization—a system of floating exchange rates in relation to the dollar; the unrestricted flow of capital; free trade (with few tariffs and government subsidies) monitored by the new World Trade Organization; the expansion of NATO and the European Union to ensure that former Communist states became liberal capitalist democracies—have unquestionably done some good. They helped expand trade and benefited immigrants who fled from less to more developed nations.

“But in the United States and Western Europe, none of these initiatives really delivered as promised.”

Judis is right. For decades, globalized trade, capital account liberalization (i.e., the freedom for investors to move around as much their money wherever and whenever they like), increasingly open trade, and liberalized immigration have all promised huge benefits to the citizens of the U.S. (and other parts of the West). And, as Judis acknowledges, many have benefited, notably in the coastal regions, where high tech (e.g., Silicon Valley) and the so-called “FIRE” sector (finance, insurance, and real estate) have dominated. But there has also been a large segment of the population that has been adversely affected by these trends, and many of these voters were receptive to Trump’s messages on trade, immigration and nationalism.

As Judis notes, however, there have been millions of casualties as well: the losers in free trade, the victims of global financial crises, whose savings were torpedoed by predatory, turbo-charged capital flows, and whose pensions were gutted by toxic, Wall Street-manufactured junk, which gradually replaced the stock of savings repositories once held in safer assets such as U.S. Treasurys. And workers’ wages have been stagnant, as U.S. corporations have increasingly sought to exploit increased capital mobility and open trade via offshoring and corresponding global wage arbitrage. In fact, Professor Randy Wray argues that “Real wages for average workers in the United States… remain stuck at 1974 levels, contributing to a precipitous rise in household debt as Americans try to pursue better living standards without pay increases.” The recent progress on the wage front over the past few months does not come close to offsetting the previous decades’ stagnation.

Tied indirectly to these issues is immigration. There is no reason to embrace or advocate the harsh (and racist) nativism of the Trumpians. The political battles over immigration in the U.S. since its founding have been intimately tied to the framework of voting and elections and which party stands to benefit by who is allowed in. Consequently, modern-era immigration reforms that are common in other industrialized countries (such as a Canadian skill-based points system) have proven very difficult to establish in the U.S. Having no progressive and fair immigration structure in place (which doesn’t discriminate on the basis of race, as Trump clearly prefers) is a major hindrance to the enactment of signature Democratic Party wishlist programs such as Medicare for All or a Job Guarantee Program. The consequences have had a negative effect on the future of the Democratic Party’s voting bloc: All too many recent immigrants associate “being in the system” as a potential risk as it provides more scope for harassment and possible deportation. So there is an existential need for the party to get serious on the immigration issue.

The employer lobby—the companies in the U.S. doing the hiring—insist that any cut-off of illegal immigration must be accompanied by a commensurate expansion of guest worker visas (such as the H1B, which is a persistent lobby focus of the Silicon Valley crowd). These effectively function like indentured servant programs, because these workers are bound to their employers as a condition of their employment, compelled to return home after a fixed period of time, and do not get residency credit for those years, thereby making them ineligible to get green cards, and eventually, citizenship.

Of course most guest workers rather than return home will adjust their status to “illegal,” which no doubt the employer lobbyists have thought about and approve. In other words, the employers would have two ever-growing pools of non-citizen, unfree labor—guest workers and illegal immigrants—who get in via the guest worker program. So the cynical non-enforcement approach of existing laws (coupled with occasional amnesties but without any kind of employer enforcement mechanism such as e-verify) isn’t working for the Democrats. Failure to address this issue in a serious, but compassionate manner means an ever-growing caste of exploited foreigners as in the UAE or Saudi Arabia.

On trade displacement, the Republicans have by and large fallen into line with “Lighthizerism,” named after Trump’s chief trade representative, Robert Lighthizer, who “scorns the multilateral approach in favor of bilateralism, or deals between two nations to lower barriers,” aggressively deploying tariffs ostensibly to level the playing field and re-domicile supply chains back to the United States. It may not work, but it plays well in the Rust Belt, states the Democrats have to reclaim if they are to become a majority party again.

For Democrats, that means taking on some of their own donor constituencies, such as Silicon Valley or Wall Street. It means confronting globalization in a manner focused on the impact of the American worker’s displacement (rather than simply accommodating employers who insist that domestic workers lack requisite skills for the jobs they offer), eschewing the deficit fetishism of the likes of the Peterson Foundation, which preaches fiscal rectitude, and not embracing “pay-go,” another one of these seriously stupid ideas beloved of the chattering classes, who crave “fiscal responsibility.” In reality, abiding by these fiscally hawkish fiscal rules will simply cripple a progressive agenda, as well as having zero economic logic behind it. It will leave Democrats offering voters false choices between, say, infrastructure vs. Social Security, but not having both.

Instead, the focus should be on defending workers’ rights, embracing broad public spending on infrastructure, and increased public options for health care provision. However unpalatable in a short-term political sense, this also means placing appropriate controls on immigration (e.g., e-verify and a system that prioritizes needed skills, as immigration is a privilege not a right), while mainstreaming those already here (instead of preserving the current dysfunction at the border, which threatens the separation of families, all for the sake of cynically exploiting the prospects of a future emerging demographic majority politically).

The major challenge facing Democrats today is that race, gender, identity politics, and religion appear to trump economics, at least as far as politically engaged primary voters go. The old-line Democrats were an economic liberal party with socially conservative and socially liberal wings (the social liberals, in fact, were in a minority). The new Democrats are a socially liberal party with an economic conservative wing (neoliberals) and a progressive economic wing.  They all agree on social issues. They are loath to compromise on open borders (which is what the existing immigration dysfunction de facto gives us), transgender bathrooms, making room for pro-life members, or gay married couples’ wedding cakes because those are the only issues that hold their economic right and economic left together.

The electoral challenge is that social liberals, particularly the avant-garde ones, remain a minority in the U.S. The polls obviously lie. Lots of voters tell pollsters what they are expected to say about various social issues in which the liberal position is the only respectable one and then vote for Republicans (which helps to explain why polls consistently understated the popularity of Trump in 2016 and likely do so today as well).

Ironically, there remains a center-left economic majority on many economic issues. But many of them are repelled by the Democratic obsession with identity politics to the exclusion of bread-and-butter economic issues, which keeps reinforcing what divides people rather than what unites people (in contrast to the strategy embraced by Jesse Jackson in the late 1980s, when he sought to align himself to the white steelworker, “by making him aware he has more in common with the black steel workers by being a worker, than with the boss by being white”).

So the price of a new New Deal majority would be to let Democrats welcome abortion critics and opponents of mass immigration, so long as they favored a higher minimum wage, less “synthetic immigration,” and a pause on globalization (which facilitates international labor arbitrage). In the words of John Judis:

“As long as corporations are free to roam the globe in search of lower wages and taxes, and as long as the United States opens its borders to millions of unskilled immigrants, liberals will not be able to create bountiful, equitable societies, where people are free from basic anxieties about obtaining health care, education and housing.”

But if the party tries to do something like this, then its neoliberal donor base will dry up—and so policy ends up catering slavishly to the wealthiest sliver of American society. And we are all worse off as a consequence.