The 'Dark Underside to Conservatism': Ex-Republican Reveals How He Finally Realized that Racism and Extremism Are Behind the GOP's Success 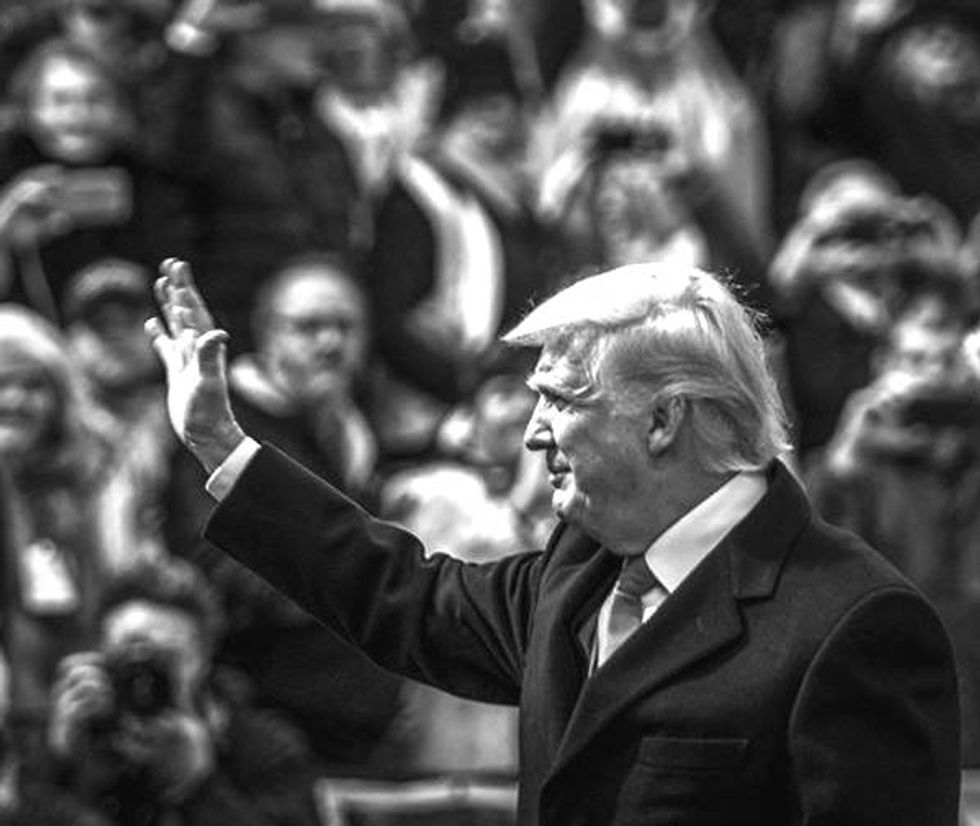 Conservative writer Max Boot has had a major reckoning with his fundamental political beliefs and alliances since the rise of Donald Trump.

And in a new essay published this week in the Washington Post, adapted from his forthcoming book, The Corrosion of Conservatism: Why I Left the Right, he explained how he came to realize that it wasn't just Trump that was wrong with conservativism — there is something deeply corrupt with the movement itself.

"It would be nice to think that Donald Trump is an anomaly who came out of nowhere to take over an otherwise sane and sober movement," he wrote. "But it just isn’t so."

Upon closer examination, it’s obvious that the history of modern conservative is permeated with racism, extremism, conspiracy-mongering, isolationism and know-nothingism. I disagree with progressives who argue that these disfigurations define the totality of conservatism; conservatives have also espoused high-minded principles that I still believe in, and the bigotry on the right appeared to be ameliorating in recent decades. But there has always been a dark underside to conservatism that I chose for most of my life to ignore. It’s amazing how little you can see when your eyes are closed!

One can disagree about the extent to which "high-minded principles" have ever been a serious part of conservatism. But acknowledging, as Boot does here, the extremist and racist features deeply embedded within the movement and ideology, is a rare but important step for disillusioned Republicans to take.

Boot notes that this tendency in the American right goes back to the backlash against President Dwight D. Eisenhower, the World War II general elevated into politics by his battlefield glory who disappointed many conservatives with his moderate streak. Though he hardly embraced the Supreme Court's Brown v. Board of Education ruling that pushed for American schools to desegregate, Eisenhower didn't run from it — for which many racists never forgave him.

Boot reveals some of his naivete in discussing Barry Goldwater, the 1964 Republican presidential candidate of whom he writes: "Goldwater was not personally a racist — he had integrated the Arizona Air National Guard — but, like his GOP successors, he was happy to make common cause with racists in order to wrest the South from the Democrats."

It's not clear if there is or should be a clear distinction between being "personally a racist" and making common cause with racists, a point which seems to evade Boot. In American politics, it all amounts to supporting white supremacy.

But Boot does recognize that Goldwater embraced an absurd form of conservative extremism, "making clear that extremism is embedded in the DNA of the modern conservative movement."

In 1964, the GOP ceased to be the party of Lincoln and became the party of Southern whites. As I now look back with the clarity of hindsight, I am convinced that coded racial appeals had at least as much, if not more, to do with the electoral success of the modern Republican Party than all of the domestic and foreign policy proposals crafted by well-intentioned analysts like me. This is what liberals have been saying for decades. I never believed them. Now I do, because Trump won by making the racist appeal, hitherto relatively subtle, obvious even to someone such as me who used to be in denial.

At times, Boot is clearly far too sanguine about certain parts of the conservative movement, such as House Speaker Paul Ryan — to whom he credulously attributes an earnest desire to spread economic opportunity, rather than seeing the GOP leader as a demonstrated liar bearing the sole goal of empowering the most privileged members of society while abandoning the impoverished. But Boot nevertheless recognizes that whatever his idealized version of the GOP may be, the party as it stands is another entity entirely

Like many others, Boot hopes that the November midterms will bring in a resounding success for Democrats, dealing a decisive blow to GOP government control. In his view, Democrats will need to thrive for decades to root out the corruption in the Republican Party before something can be built in its place.

But it's far from obvious what could emerge in its place without the appeals to conspiracy-mongering, extremism, and racism, that constitute the current version of the party. Without these elements, the GOP would be entirely unrecognizable.