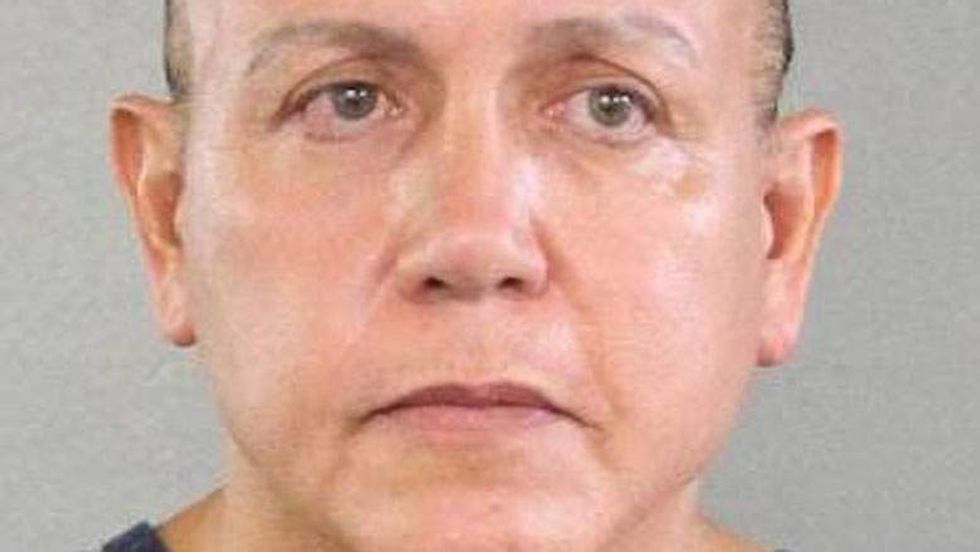 Cesar Sayoc, the Trump supporter arrested in connection with 13 pipe bombs mailed to prominent Democratic figures, has been threatening people on Twitter for months, according to an investigation by CNN.

The threats, and Twitter's apparent inaction regarding them, raise new questions regarding social media and radicalization. Social media platforms like Twitter are "radicalization machines," Jonathon Morgan, the CEO of New Knowledge, told CNN. Morgan's company tracks online disinformation, and he has studied online radicalization for years.

In this instance, Twitter may well have provided Sayoc with the material that radicalized him, and then it stood idly by as that radicalization led to hundreds of threats.

"Your Time is coming," "Your days are over," "your (sic) next," and "Hug your loved ones real close everytime U leave your home," were some of Sayoc's refrains. Sometimes he attached photos to his threats, including pictures of decapitated goats, photos of the homes and families of those he was threatening and a tarot card of a skeleton on horseback over the caption "death." He frequently suggested that the people he was tweeting at would vanish in the Everglades, not far from where he lived in Florida.

Sayoc would repeatedly tweet about the subjects of his threats often sending the same threat a dozen times in a row. He tweeted 50 times about Parkland shooting survivors in 2018, including spreading the false conspiracy theories that shooting survivor David Hogg was a crisis actor working with Soros and that he wasn't in school at the time of the shooting, and also tweeted digitally altered pictures of Hogg in a Nazi uniform. Sayoc sent at least four threats to at Hogg.

Sayoc, according to CNN, has sent threats to "at least 50 public officials, news organizations and media personalities," including Maxine Waters and George Soros — both of whom were targets of some of his devices.

He even sent threatening messages to the satirical newspaper The Onion.

And his bombing spree could have ended up far worse. According to reports, he had a list of over 100 potential targets, any of whom could have been sent another explosive device.

Making matters even worse, Twitter had warning about Sayoc.

Former House Press Secretary Rochelle Ritchie, one of the early recipients of Sayoc's threats, reported him, and Twitter did nothing — for which the site has now issued an apology:

It is worrisome that Twitter did not manage to be proactive in the face of clear violations of their terms of service, but the social network has proven woefully inadequate at rooting out hateful content in the past. It took several weeks of pressure before Twitter banned InfoWars conspiracy theorist Alex Jones from their platform, despite months of threatening and discriminatory behavior, and even now the site is still trying to take down all of his affiliated accounts.