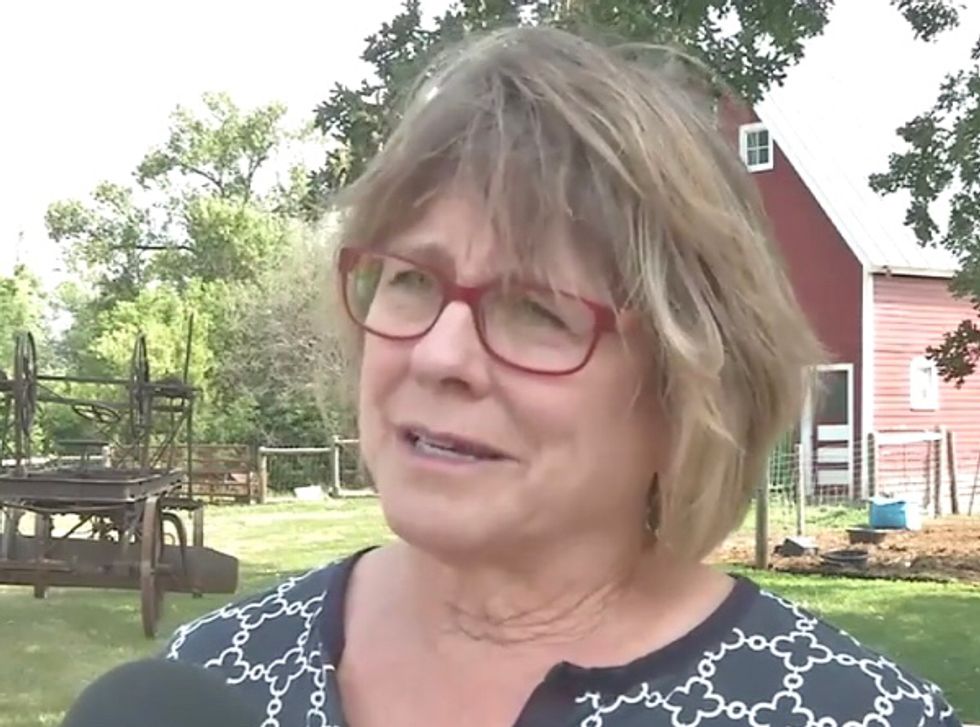 On Wednesday, The Daily Beast reported that newly released Army documents from 2017 show military officials tried, unsuccessfully, to prove that "antifa" protestors are a threat to national security.

The Army assessments, dating from mid-2017, were meant to alert servicemembers to potential risks anti-fascists posed to military or military installations. But they also stated that the U.S. Military is "not aware of any threats from Antifa directed at the Army or DoD [the Department of Defense] in general." The heavily redacted documents, marked unclassified, were provided to The Daily Beast by the transparency nonprofit Property of the People and are believed to be the first public disclosures of Defense Department references to antifa.

The documents showed the Army struggling to characterize antifa, or antifascism, a decentralized movement that confronts extremist right-wing forces. Despite conceding that antifa is not connected to any known threat facing servicemembers, the documents showed the Army is encouraging servicemembers to "maintain situational awareness" of the movement, whose profile has soared after the election of Donald Trump — and which mainstream Republican politicians demagogically describe as a Democrat-aligned mob.

The documents paint antifa in broad strokes, at one point describing them as a "network of left-wing anarchist group [sic] whose goal is to 'smash fascism in all its forms,'" (some antifa groups are anarchists, but not all of them are), while defending their opponents as "not affiliated with racist nationalists" (the deadly alt-right demonstrations in Charlottesville went on to prove they very much were).

It is unsettling to see the military seemingly try to endorse the far right's attacks on their political opponents, and it reflects a broader, worrying trend of our government institutions taking right-wing political stances under the auspices of national security. Last year, the FBI targeted civil rights protestors marching against police brutality as "black identity extremists." And more recently, Border patrol agents attended a private screening of the white nationalist propaganda film "Killing Free Speech," after which the agents' union endorsed the film.

Much worry has been devoted to the threat to the rule of law if President Donald Trump chooses to shut down the special counsel probe into Russia, an act that would be seen by many as seizing political control of the justice system. But the fact is, such a move would only be the latest piece of a long-running erosion of the security state's independence in the Trump era — and we are already facing the consequences of that erosion.