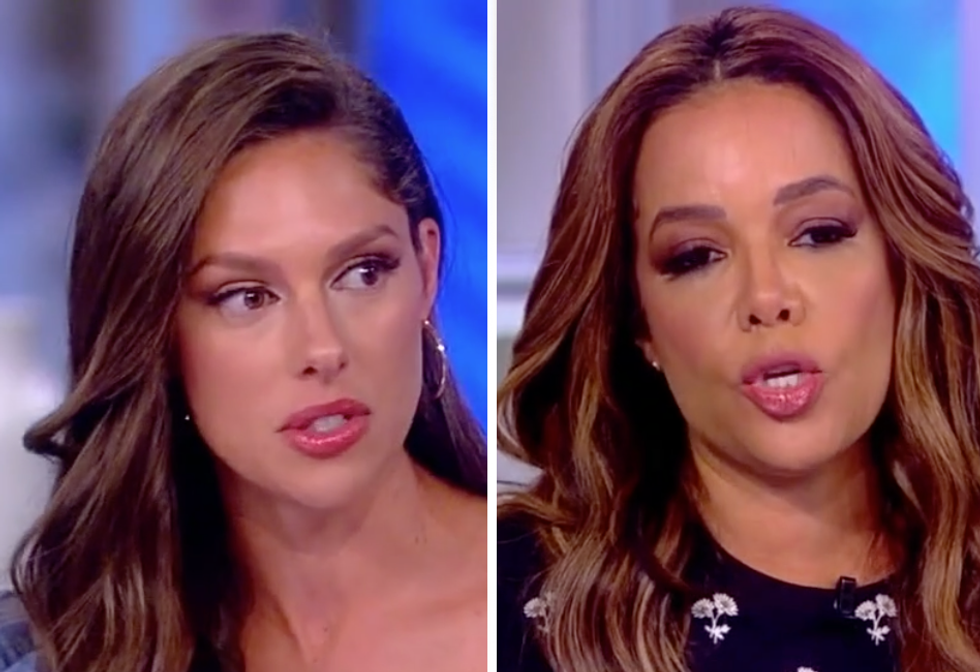 President Donald Trump began Thursday alleging the death toll in Puerto Ricofollowing Hurricane Maria was nothing more than “fake news.” Instead, the president blamed the Democrats for lying.

“This was done by the Democrats in order to make me look as bad as possible when I was successfully raising Billions of Dollars to help rebuild Puerto Rico,” Trump wrote on Twitter. “If a person died for any reason, like old age, just add them onto the list. Bad politics. I love Puerto Rico!”

During “The View,” co-host Whoopi Goldberg read the tweets aloud and noted it can’t make people who lost family members feel very good. But it was Sunny Hostin who was absolutely furious at the insensitivity of the commander-in-chief.

She said that every American should be “disgusted” by his behavior.

Conservative commentator Abby Huntsman tried to say that it wasn’t just the federal government that failed Puerto Rico and that the local officials on the ground screwed up.

“Where were the locals? What was their role?” she demanded to know.

“They had just gotten hit by a hurricane!” Hostin exclaimed, explaining that locals weren’t able to run a disaster response because they too were suffering from the hurricane.

Huntsman tried to bring up the water that FEMA brought in that never made its way to citizens, but Hostin explained that officials in Puerto Rico didn’t even know that the water was there until April 2018, a full seven months after the water was delivered.

“The other thing that we need to mention,” Hostin continued. “FEMA has actually taken responsibility for its failure. And you know, the scientific research is there. The number is valid. Again, we hear a president that is saying, you know, it’s because of the island nature. Well, let me remind him about the Obama administration’s response to Haiti. The very next day — and Haiti is not even a United States territory! The very next day Obama had army recognizance planes take over the airport, the very next day, within two days the Pentagon had 8,000 American troops on route.”

She noted there were 22,000 total troops that arrived and 300 military helicopters overheard delivering food and water to the island. Hostin explained such a response can be done when a president cares enough to make it happen.

“Why wasn’t there that kind of response for Puerto Rico?” she demanded to know. “Because the president doesn’t care about Puerto Rico.”

Huntsman cut in saying she didn’t think it was fair and called it hyperbolic to say Trump was a dictator, but Hostin flattened her.

“I think it’s too generous!” she exclaimed. “This president did not care enough. At the time that this was happening, he was more concerned with NFL athletes protesting and kneeling than he was concerned about what’s going on in the United States.”

Watch the full debate below: