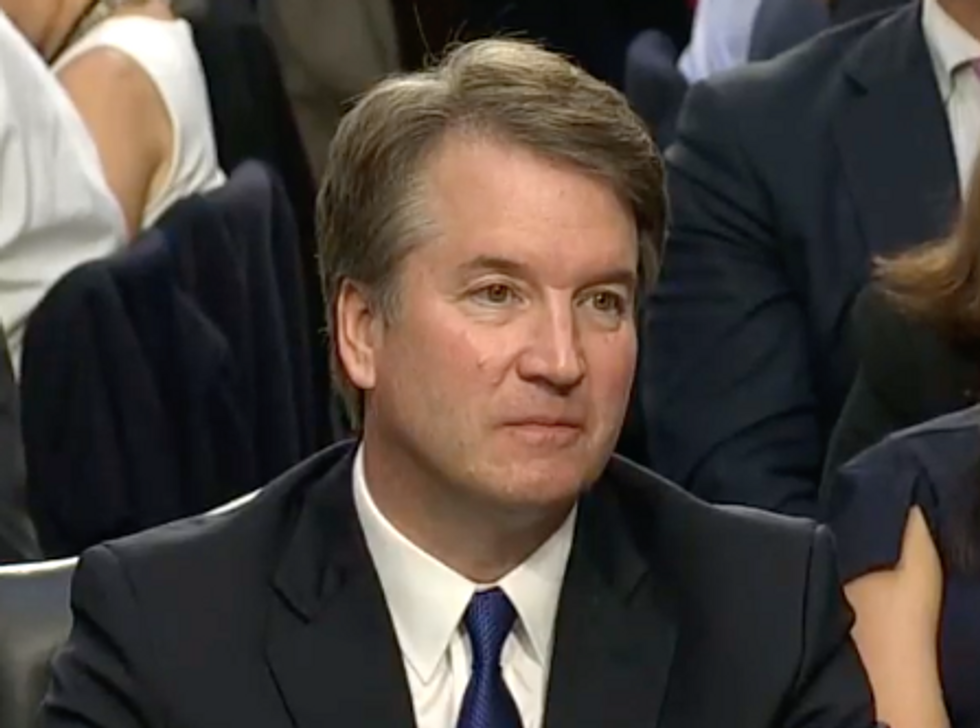 This week, the Republican-controlled U.S. Senate begins its confirmation hearings on Judge Brett Kavanaugh, President Donald Trump’s second nominee for the U.S. Supreme Court. Republicans, fearing that Democrats could retake the Senate in the November midterms, obviously want to ram Kavanaugh’s confirmation through the Senate as quickly as possible—and there isn’t much Democrats can do to prevent it, as Republicans presently enjoy a narrow Senate majority and are likely to vote among partisan lines. But whatever happens during Kavanaugh’s confirmation hearings—and whatever happens in the midterms—the U.S. Supreme Court will remain in right-wing hands for the foreseeable future. It’s a matter of degree.

Nominated by President Ronald Reagan in 1987, the retired Justice Anthony Kennedy ruled from the right during his 31 years on the High Court. But Kennedy was a different type of right-winger from Justice Clarence Thomas or the late Antonin Scalia, both examples of the type of socially conservative “strict constructionist” or “originalist” justices President Trump and his Christian Right supporters favor. As much as Kennedy frustrated liberals and progressives with his rulings in favor of large corporations, he had a major libertarian streak when it came to abortion, birth control, gay rights and other social issues—and if Kavanaugh is confirmed by the Senate, a right-wing libertarian will be replaced by a severe far-right social conservative.

Even if, by some chance, a few Senate Republicans have the courage to vote against Kavanaugh (for example, Maine’s Susan Collins or Alaska’s Lisa Murkowski) and all of the Senate Democrats do so as well, the seat once held by Kennedy will remain in right-wing hands. A Kavanaugh defeat in the Senate would force Trump to nominate someone else, and that someone else isn’t going to be the next Ruth Bader Ginsburg—even if Democrats manage to retake the Senate on Tuesday, November 6.

Here’s a best-case scenario, given the current makeup of the Supreme Court and the fact that the U.S. will have a Republican president until at least January 2021: Kavanaugh is narrowly defeated in the Senate, where Democrats regain a majority on November 6—and Trump, waiting until after the midterms to nominate someone else, has no choice but to compromise. That compromise wouldn’t be someone along the lines of Ginsburg or the late Chief Justice Earl Warren, but perhaps it would be a libertarian such as Kennedy or someone comparable to Reagan nominee Sandra Day O’Connor (a Republican who was conservative-leaning but not an extremist).

Kennedy’s nomination 31 years ago, in fact, was a compromise on President Reagan’s part. When, in 1987, the Democrats who controlled the Senate at the time refused to confirm wingnut nominee Robert Bork, Reagan nominated Kennedy. Realizing that there was no way in hell Reagan was going to nominate a liberal, Senate Democrats compromised and voted for Kennedy just as they had voted to confirm O’Connor in 1981.

Of the eight justices who are presently on the Supreme Court, four were nominated by Democrats (Bill Clinton appointees Ginsburg and Stephen Breyer, Barack Obama appointees Sonia Sotomayor and Elena Kagan), while four were nominated by Republican presidents (Thomas, Samuel Alito, Trump nominee Neil Gorsuch and Chief Justice John Roberts). When Kennedy was on the Court, there were five Republican nominees and four Democratic nominees—and Kennedy was an important swing vote, often siding with Alito, Thomas and Roberts on fiscal/economic and corporate matters but with Ginsburg and Breyer on social issues.

Kavanaugh, however, has no such nuance: ideologically, he is much closer to Scalia and Thomas than he is to Kennedy. And defeating Kavanaugh wouldn’t mean that Kennedy would be replaced by a liberal or a progressive, but it could mean replacing him with a libertarian right-winger or a relatively sane, O’Connor-ish conservative rather than a far-right theocrat.

It could also be the salvation of Roe v. Wade, the 1973 Supreme Court decision that, in effect, legalized abortion nationwide. A justice who is right-wing but not as extreme as Scalia might be more inclined to uphold Roe v. Wade and other right-to-privacy decisions—especially if Senate Democrats have the courage to make abortion, gay rights and civil liberties a litmus test for confirmation.

Trump is president—and how well Democrats will be able to resist his agenda in 2019 will have a lot to do with how well they perform in the November midterms. Trying to retake the Senate is an uphill climb for Democrats, who need to maintain all of the seats they presently hold while taking at least two seats away from Republicans. And that’s a tall order given how close the Senate races are shaping up to be in Florida, Nevada, Missouri and elsewhere. Democratic Senate incumbents like Bill Nelson in Florida and Claire McCaskill in Missouri are fighting hard to avoid being voted out of office in November.

However, a Democratic Senate majority in 2019 and 2020 wouldn’t mean that Trump wouldn’t be nominating right-wing jurists for the Supreme Court—only that they might be less extreme than Gorsuch or Kavanaugh. Having another Anthony Kennedy or another Sandra Day O’Connor on the Supreme Court, although far from ideal, would certainly be preferable to having another Antonin Scalia. But even in a best-case scenario, the United States will have a right-wing Supreme Court for decades to come.