University Behind Study of Hurricane Maria's Death Toll Fights Back Against Trump's Self-Serving Doubts: 'We Stand by the Science' 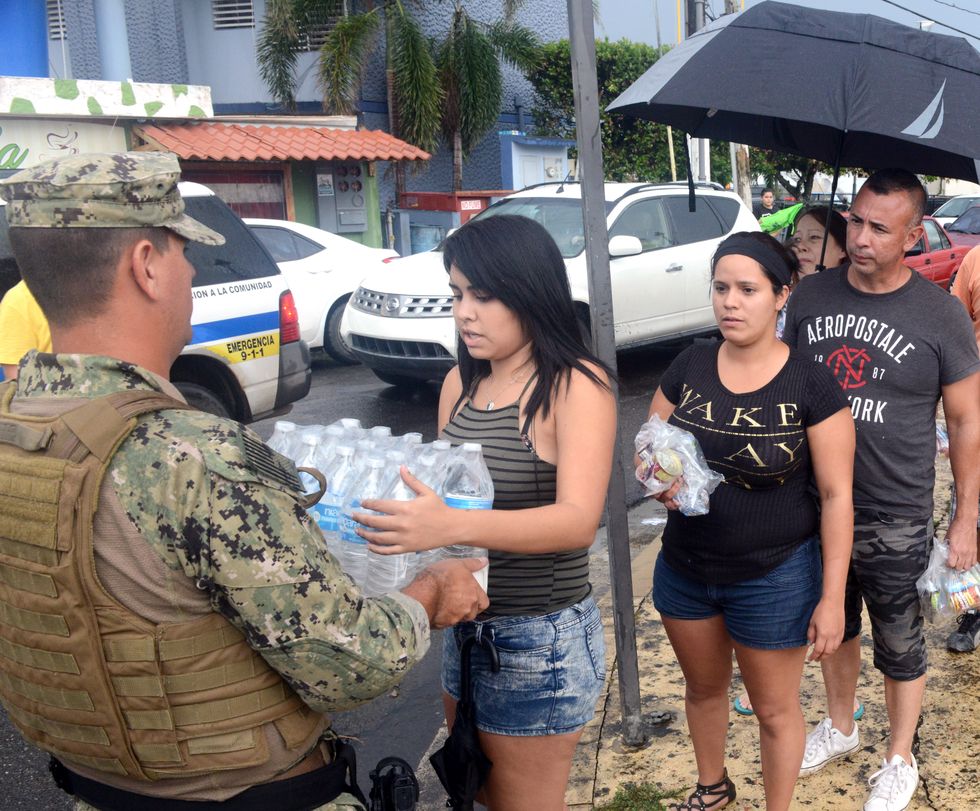 In a disgraceful and fallacious series of tweets Thursday morning, President Donald Trump tried to cast doubt on the recent official death toll from Hurricane Maria that found that nearly 3,000 people were killed in Puerto Rico in the storm's aftermath.

But George Washington University, which was behind the study that has since been accepted by the Puerto Rican government as the official death toll, fired back in a statement.

"We stand by the science underlying our study which found there were an estimated 2,975 excess deaths in Puerto Rico after Hurricane Maria," the university said in a statement. "Our results show that Hurricane Maria was a very deadly storm, one that affected the entire island but hit the poor and the elderly the hardest.  We are confident that the number - 2,975 - is the most accurate and unbiased estimate of excess mortality to date."

On Twitter Thursday morning, Trump had preposterously claimed that Democrats were behind the damning new data, findings that have been bolstered by other studies that indicated the real death toll was in the thousands.

"3000 people did not die in the two hurricanes that hit Puerto Rico," Trump tweeted. "When I left the Island, AFTER the storm had hit, they had anywhere from 6 to 18 deaths. As time went by it did not go up by much. Then, a long time later, they started to report really large numbers, like 3000..."

He continued: "This was done by the Democrats in order to make me look as bad as possible when I was successfully raising Billions of Dollars to help rebuild Puerto Rico. If a person died for any reason, like old age, just add them onto the list. Bad politics. I love Puerto Rico!"

Trump's characterization of the study is completely inaccurate. The university explained it's methodology:

Researchers at the Milken Institute SPH in collaboration with scientists at the University of Puerto Rico Graduate School of Public Health analyzed mortality, via use of death certificates and related information, from September 2017 through the end of February 2018. Using a state-of-the-art mathematical model, the team compared the total number of deaths during that time to the expected number based on historical patterns as well as age, sex, socioeconomic status and migration from the island.

Many had argued in the aftermath of the storm that the initial death tolls were far too low. When Trump had initially visited the island, the death toll stood at 16 — but that number was later raised to 64. Even in December 2017, the New York Times reported that this number was likely off by an order of magnitude.