Understanding the 25th Amendment and How It Applies to President Trump 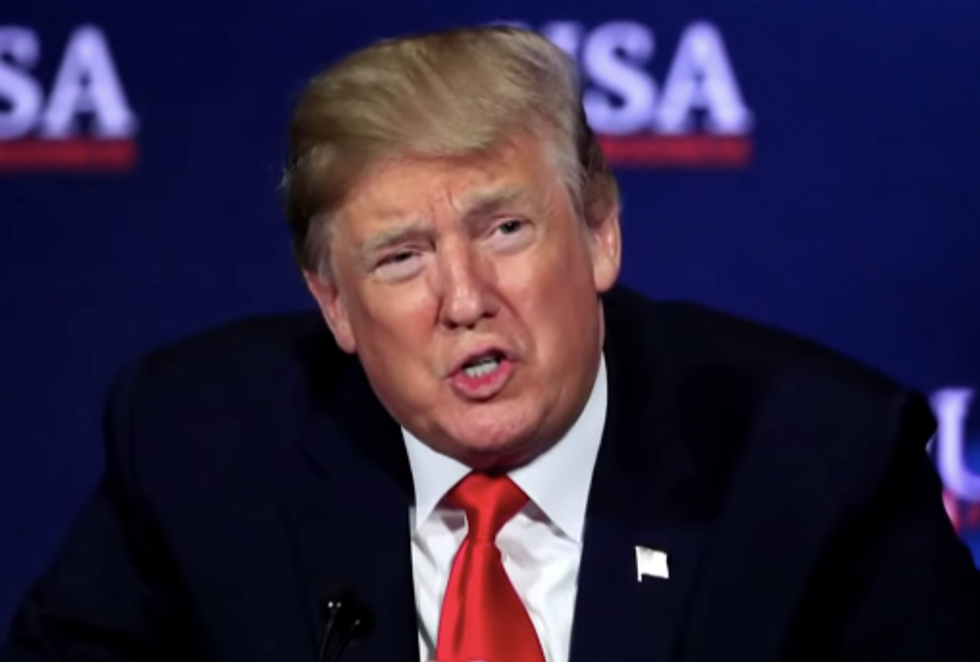 Commentaries that are critical of Donald Trump’s presidency are not hard to find in the New York Times and other publications—and while many are written by liberals or progressives, some are written by right-wing critics of the president such S.E. Cupp, neocon Max Boot and Washington Times columnist Jennifer Rubin. But on Tuesday, August 5, the New York Times published something that was much more damning than the usual anti-Trump commentaries: an anonymous anti-Trump op-ed that was written by someone the Times described as “a senior official in the Trump Administration.”

The op-ed writer describes the president as volatile, irrational and unreasonable and paints the administration as being in a state of nonstop chaos and turmoil. The situation is so dire, according to the anonymous official, that people in the Trump Administration are talking about invoking the 25th Amendment to the United States Constitution.

“Given the instability many witnessed,” the official asserts in the op-ed, “there were early whispers within the cabinet of invoking the 25th Amendment, which would start a complex process for removing the president. But no one wanted to precipitate a constitutional crisis. So we will do what we can to steer the administration in the right direction until — one way or another — it’s over.”

The U.S. Constitution was created in 1787 and ratified in 1788, the year before George Washington was sworn in as the first president of the United States—and since then, it has been amended many times. While the 1st, 2nd, 4th and 5th Amendments were added in 1791, the 25th Amendment wasn’t officially added until 1967 during Lyndon B. Johnson’s presidency. The 25th Amendment was a clarification, outlining what happens if a president dies, resigns, becomes incapacitated or is removed from office. And given some of the events that have occurred in U.S. history, the 25th Amendment is important to have.

During the 20th Century, presidents died in office (Franklin Delano Roosevelt in 1945, John F. Kennedy’s assassination in 1963), resigned voluntarily (Richard Nixon in 1974) or underwent surgery for cancerous polyps (Ronald Reagan in 1985). The 25th Amendment clarifies the process of removing a president from office, and it also affects things like illness and routine operations.

Under the 25th Amendment, Vice President Mike Pence would become president if Trump were removed from office. But as the anonymous senior official noted in the New York Times op-ed, invoking the 25th Amendment against Trump would be a “complex process.” Members of Trump’s cabinet would have to build a strong case against him and convince a two-thirds majority in the House of Representatives that there were sufficient grounds for removal from office. And a two-thirds majority would be required in the U.S. Senate as well.

Possibly, if Special Counsel Robert Mueller’s Russia-related investigation becomes even more damning, members of Trump’s cabinet could use the 25th Amendment against him rather than waiting for Trump to be impeached. But articles of impeachment have rarely been used against sitting presidents in U.S. history.

In fact, only three presidents have faced the impeachment process in U.S. history: Andrew Johnson, Bill Clinton and Nixon—and not one of them was actually convicted in the Senate. The House of Representatives voted to impeach Johnson in 1868, and the House voted to impeach Clinton in 1998 (citing perjury and obstruction of justice). But both Johnson and Clinton were acquitted in the Senate and therefore, weren’t removed from office. Clinton served out his second term and didn’t vacate 1600 Pennsylvania Avenue until George W. Bush was sworn in as president in January 2001.

Impeachment proceedings against Nixon were referred to the House for consideration in 1974, and as the evidence of his Watergate-related crimes became increasingly damning, Nixon knew that it was only a matter of time before he would be removed from office via impeachment. On August 8, 1974, Nixon formally announced his resignation rather than waiting to be fired—and Vice President Gerald R. Ford was sworn in as president the following day.

As economist Robert Reich (who served as secretary of labor in the Clinton administration) noted in a recent commentary on the possibility of impeaching Trump, not one president in U.S. history has been convicted of impeachable offenses by the Senate—and the possibility of Trump being impeached is unlikely as long as Republicans control both houses of Congress. Further, Reich noted, Republicans will likely maintain their Senate majority in the November midterms.

As things stand now, it’s unlikely that Trump will be removed from office either by the 25th Amendment or the impeachment process—which is a difficult one. First, a House majority must vote in favor of an impeachment trial—and then, two-thirds of the Senate must vote for conviction in that trial. Bill Clinton and Andrew Johnson, although impeached in the House, were spared in the Senate. And with Nixon, things never got that far because he stepped down voluntarily.

In order to remove Trump via the 25th Amendment, a two-thirds majority would be needed in both the House and the Senate—that is, after members of Trump’s cabinet had convincingly made their case for removal. Using the 25th Amendment to remove a president is an even tougher and more rigorous process than removal via the impeachment process.

It isn’t hard to understand why the anonymous administration official mentioned the 25th Amendment in the New York Times op-ed. Trump is the most scandal-plagued president since Nixon.

Trump’s former campaign manager, Paul Manafort, was convicted of eight criminal charges on August 21—including tax evasion and bank fraud—and is now facing a second trial on charges that include obstruction of justice and money laundering. Trump’s former personal attorney, Michael Cohen, pled guilty to eight criminal charges that same day, including tax evasion and campaign finance violations. And other Trump associates have pled guilty to lying to the FBI, including George Papadopoulos and the administration’s former national security advisor Michael Flynn.

But as bad as all of these scandals are, veteran TV journalist Dan Rather believes they will “pale” in comparison to Trump-related things Mueller’s investigation will be revealing as it moves along. Mueller, according to Rather, knows a lot more than he has revealed so far.

Nonetheless, the 25th Amendment is by no means an easy process for removing a president from office—even one as plagued by scandals and criminal investigations as Donald J. Trump.