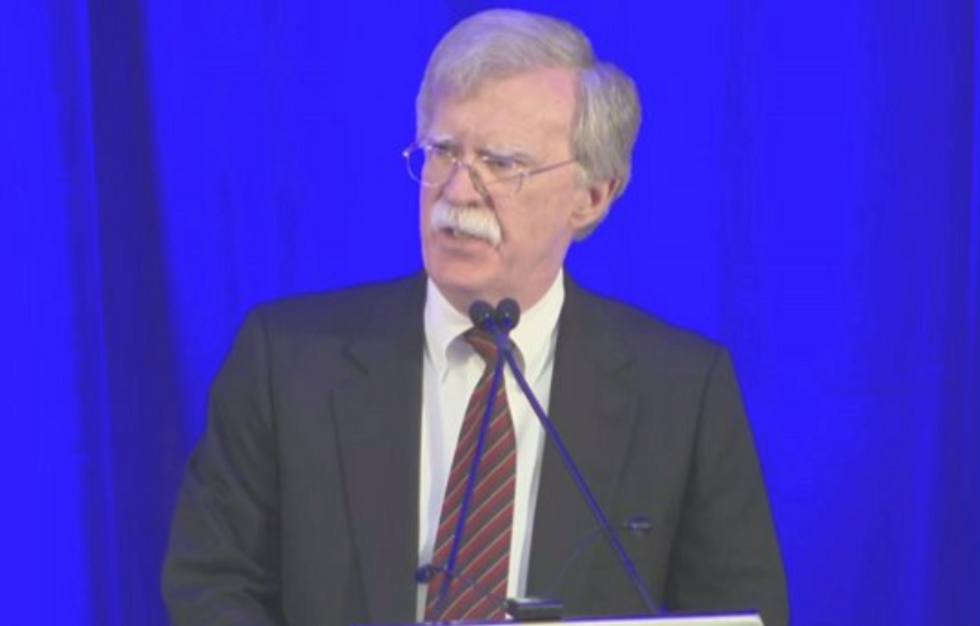 The Trump administration is poised to declare the International Criminal Court (ICC) at The Hague "illegitimate." It is a move that will further distance the United States from its allies and make it easier for the world to view America as uninterested in abiding by a common set of rules and moral standards.

"We will not cooperate with the ICC," Trump National Security Adviser John Bolton (photo) will say in a hard-hitting speech to a far right wing group, the Federalist Society. "We will provide no assistance to the ICC. We will not join the ICC. We will let the ICC die on its own. After all, for all intents and purposes, the ICC is already dead to us."

The International Criminal Court was created to adjudicate international war crimes and acts of terrorism. 123 nations belong to the organization, which has indicted more than three dozen people during its history.

"The United States will use any means necessary to protect our citizens and those of our allies from unjust prosecution by this illegitimate court," Bolton is also expected to say, as Reuters reports.

Bolton is expected to threaten the ICC, saying the United States “will fight back” against the international judicial body if it opens what Reuters describes as "an investigation into alleged war crimes committed by U.S. service members and intelligence professionals during the war in Afghanistan."

During his speech Bolton is also expected to announce the Trump administration will kick the Palestine Liberation Organization (PLO) out of Washington, D.C., in a move seen as working to protect Israel.