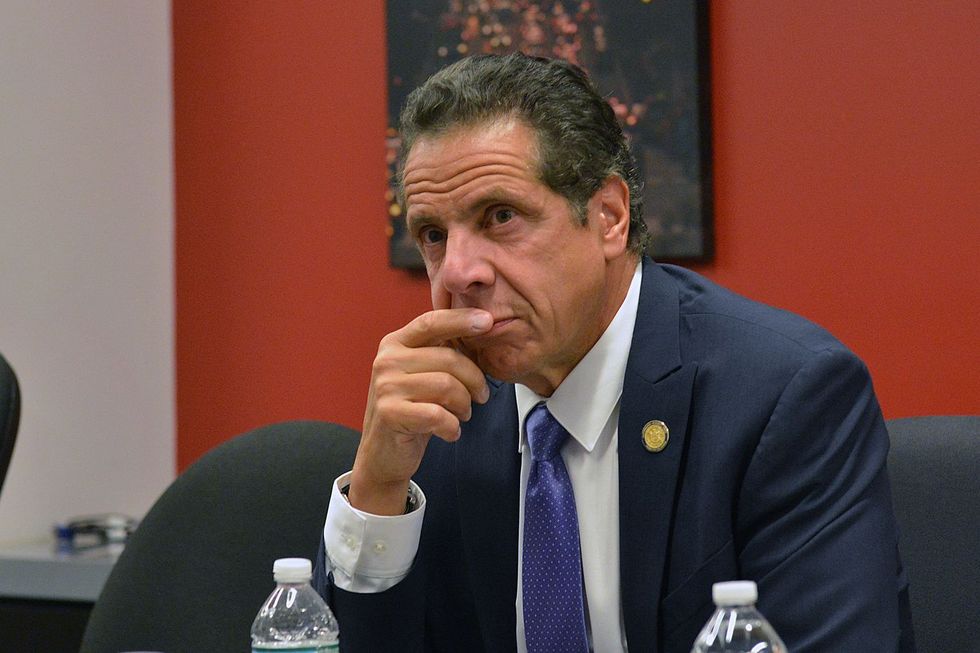 But progressives who want to reform New York politics did not despair, because at the same time, they achieved a monumental victory: the near-total smashing of the state senators who made up the now-defunct "Independent Democratic Conference" (IDC).

Perhaps most astonishingly, Bronx Sen. Jeff Klein, the founder and former leader of the IDC, and one of the most powerful politicians in Albany, was defeated by local lawyer Alessandra Biaggi. Klein actually spent more campaign money trying to keep his state senate seat than Nixon did in her campaign for governor.

Also in danger is Oneida Sen. David Valesky, who as of this writing is narrowly down against Syracuse University sustainability director Rachel May, but has not conceded yet. And Brooklyn Sen. Marty Dilan, who was not IDC but was friendly with the caucus, lost to Democratic Socialist candidate Julia Salazar. Among the former IDC senators, only David Carlucci of Westchester County and Diane Savino of Staten Island managed to turn away their challengers.

For years, political reformers in New York have seen the IDC as the bane of their existence, and the embodiment of corrupt smoke-filled room politics. The breakaway caucus was first founded by Klein in 2011, who resigned as deputy minority leader over intraparty disputes just after Republicans won the state senate. Democrats regained the majority in 2012, but Klein and other members of the IDC caucused with Republicans — ostensibly because they, as centrists, opposed liberal Democratic leadership. In return for throwing the majority, the GOP gave Klein and his caucus members extra power to preside over the senate and its committees.

As a result, even though voters elected more Democrats than Republicans, the GOP continued to control the chamber because the "Democrats" in the IDC allowed them to. This arrangement has dominated politics in Albany for years, and has given state senate Republicans the power to block progressive legislation on everything from immigrant rights to campaign finance reform to criminal justice reform to updating New York's terrible voting laws.

For a long time, New York voters barely even paid attention to this arrangement. Even national Democratic Party leadership did not seem tuned in to what was going on; last year, deputy DNC chair Keith Ellison posed for a smiling photo-op with Marisol Alcantara, apparently unaware she was actually caucusing against Democrats.

But this apathy began to change after President Donald Trump was elected, and spurred a wave of grassroots liberal activism that filtered into formerly sleepy state political contests — and caused a lot of New Yorkers to start asking why they kept voting for Democrats but were getting a Republican state senate.

In April of this year, facing pressure from Democratic activists, Gov. Cuomo — who, it is long rumored, secretly supported the IDC because they ensured bills that reached his desk never stirred the pot too much — finally put his foot down and ordered the IDC to rejoin the party. Clearly fearing that an outraged Democratic electorate would oust them in primaries, Klein and his colleagues agreed.

But in the end, for most of the IDC, the eleventh-hour return to the Democratic caucus did not save their jobs. Voters punished them for their years of subverting their own party in return for backroom power.

Even with the IDC defunct, Republicans still control the state senate because another rogue state senator, conservative Brooklyn Democrat Simcha Felder — who was never part of the IDC — also caucuses with the GOP. But Republican control could finally end this November. The GOP only has a 32 to 31 margin in the chamber, counting Felder, and several red seats are competitive, including five where incumbent Republicans are retiring.

At long last, New York Democrats have a real chance to end the years of complicated, antidemocratic wheeling and dealing that has ruled the state senate for nearly a decade, and elect a true progressive majority that will speak for them.