'He Couldn't Answer': Ex-Federal Prosecutor Reveals Why the GOP Got Spooked and Drastically Changed Strategy During Kavanaugh's Testimony 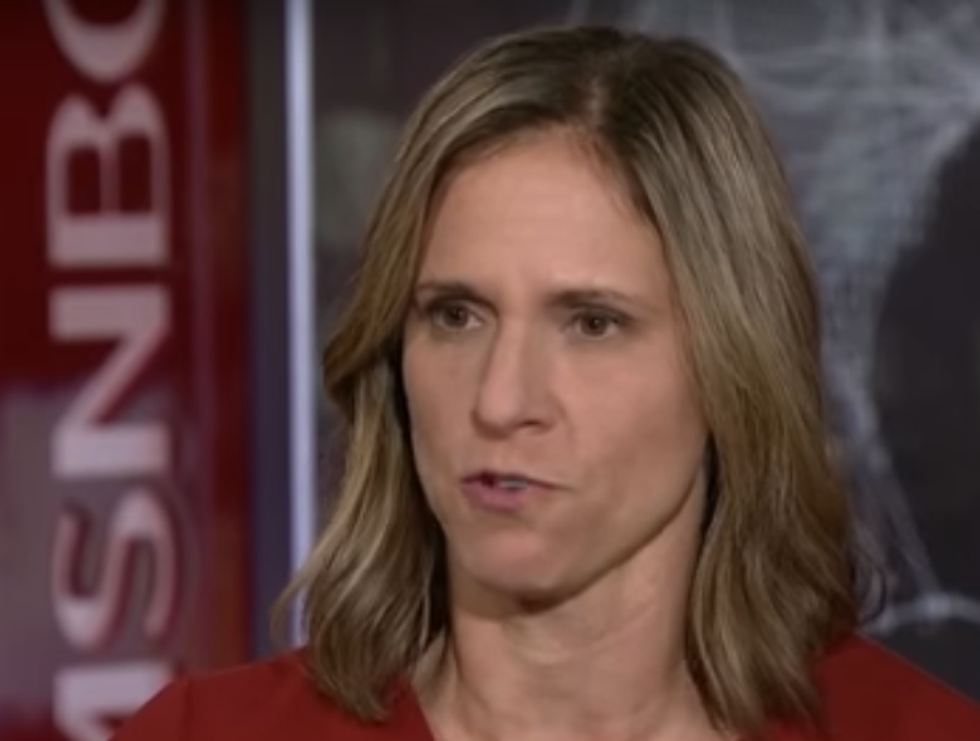 For the Senate Judiciary Committee hearing on the sexual assault allegations brought by California psychology professor Christine Blasey Ford against Supreme Court nominee Brett Kavanaugh, Republicans brought in Rachel Mitchell, an Arizona sex crimes prosecutor, to question Ford and the judge on their behalf. But quickly into the Kavanaugh's testimony, senators pulled her away and began questioning Kavanaugh directly, with an unabashedly partisan, sympathetic bent.

In discussion with Chris Hayes on MSNBC, former assistant U.S. attorney Mimi Rocah weighed in on the shamelessness of Republicans ditching their own strategy to go after Ford when it started blowing up in their faces.

"That was no accident," said Rocah. "Here's the thing, look, I was not in favor of Ms. Mitchell being the one to ask questions, but she was there. I, as a former prosecutor, was embarrassed that she was there, as a professional law enforcement, sex crimes prosecutor who has worked with victims, would partake in this sham. But she was there. And you know what? Dr. Ford got her story out. And, even with Ms. Mitchell trying to cross-examine her, trying to poke holes in her, trying to show inconsistencies, nothing. Zero. They poked no holes that mattered. I mean, I think the biggest one, you know, midway through, was something about whether she had wanted to fly there or not. I mean, totally inconsequential. Her story came out clear. She rememebered the big picture, the important details, didn't know some minor things but that's, you know, she explained, and we all know, it's common sense that's how human memory works."

"But," she continued, "when it came time for Kavanaugh to testify, and Mitchell started doing the same thing, she actually was asking him fact-based questions, and he was evasive, he couldn't answer them, and they did not want that to happen, and that is why she got fired on the spot. Because, to the extent this was at all a fact-finding exercise, which I think, you know, we've said many times on this show and others that it was pretty much a joke to call it that, but Ms. Mitchell actually added to that a little bit. Though they were having none of that, because he was not doing well with that. Once you got into facts with him, as soon as that started, he couldn't answer the questions, and so it had to get more political."

"I will say this," Hayes said. "She touched the stove, which was the calendar, July 1st. She said, 'You've got this thing on July 1st, Go to Timmy's for 'skis with Judge, the person who was in the allegation, and PJ, who is also in the allegation.' That's a Thursday, in July, of the summer, at a house with Judge and PJ and Brett Kavanaugh, all together, drinking. She got there, and that is when the blowup happened and she was fired."

Indeed, one of the final things Mitchell did touch upon before being removed was that date on Kavanaugh's calendar, which does appear to line up with Ford's story.

Between refusing to let the FBI investigate and refusing to call Judge as a witness, Republicans clearly wanted this hearing to be devoid of facts and to remain tethered to a he-said/she-said framework. Despite this, their own hired attorney came very close to uncovering real evidence against Kavanaugh — and soon after, she was gone from the room.