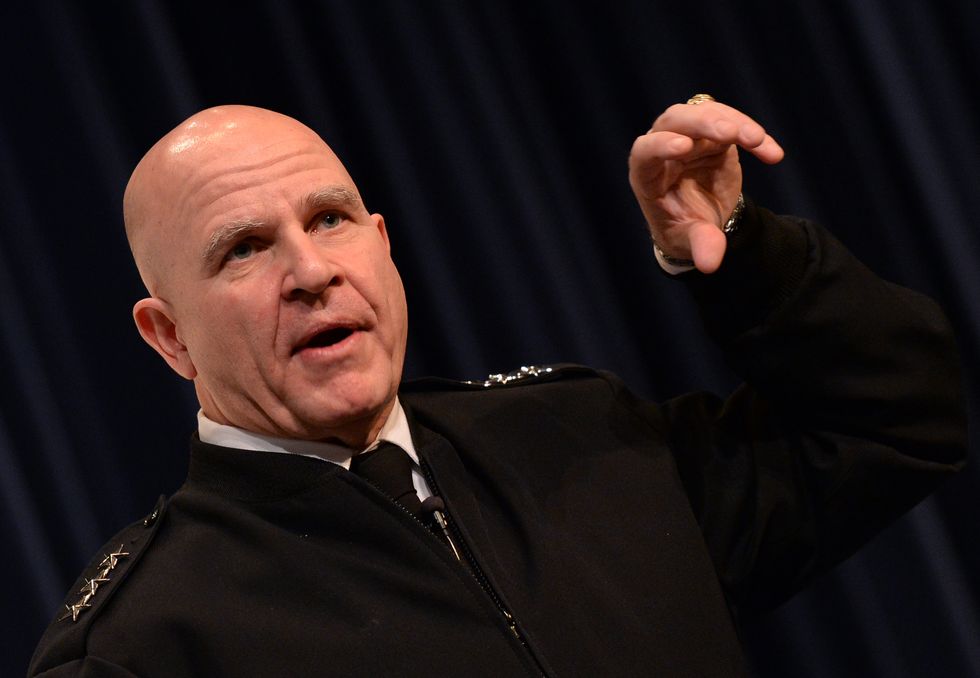 H.R. McMaster, who was replaced by John Bolton earlier this year as national security advisor in the Trump Administration, appears to be defending Gary Cohn’s decision to remove a trade-related document from President Donald Trump’s desk. Cohn served as the administration’s chief economic advisor before resigning and being replaced by Larry Kudlow in April.

Veteran political journalist/author Bob Woodward describes the incident in his new bestseller, “Fear: Trump in the White House,” which has been flying off the shelves since its release earlier this month. Trump denied that the incident ever took place in a recent interview with the Daily Caller, calling it “false” and “made up.” But McMaster indicated that the incident did, in fact, take place—and that Cohn did the right thing by removing the document from Trump’s desk.

Speaking at an event held by the Perry World House at the University of Pennsylvania in Philadelphia on September 25, McMaster asserted, “I know about that incident, and that was wholly appropriate for Gary Cohn—who was a wonderful public servant and a great colleague—to do.”

McMaster made that statement in response to a question about whether or not it was appropriate for a civil servant to remove documents from a president’s desk.

According to Woodward’s “Fear,” the document in question would have removed the U.S. from a trade agreement with South Korea had Trump signed it—and Woodward quotes Cohn as saying, “I stole it off his desk. I wouldn’t let him see it. He’s never going to see that document. Got to protect the country.”

Although Cohn hasn’t actually flat-out denied that the incident occurred, he has taken issue with Woodward’s description of it. Axios quoted Cohn as saying, “This book does not accurately portray my experience at the White House. I am proud of my service in the Trump Administration, and I continue to support the president and his economic agenda.”

McMaster, at the Perry World House event, also seemed to disagree with Woodward’s portrayal of the incident—even though he acknowledged that it took place. According to “Fear,” Cohn removed the document and hid it from Trump for the president’s own good. But McMaster said, “It wasn’t to hide it from the president at all.”

Cohn and Trump, according to Woodward’s book, had very different views on trade. Cohn, who served as chief operating officer at Goldman Sachs from 2006-2017 and has an extensive background in investment banking, is considered very pro-free trade—whereas Trump is known for having more protectionist views and favoring tariffs.